INDEPENDENCE, Mo. -- An Independence police officer shot in the line of duty returned home Friday after months of rehabilitation at an out of state facility.

"We want to show the people of Independence and everyone that he is back after a long rehabilitation," said Ofc. John Syme with Independence Police. "But this is just one step. He will continue recovering here, but being home means so much to him, his family and the community." 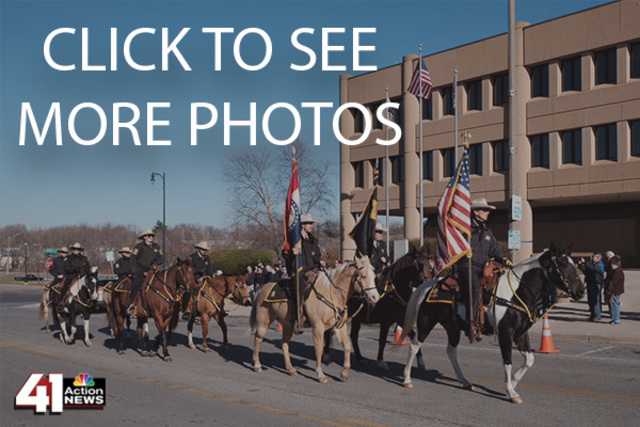 On Saturday, the department is hosting a ceremony and formal presentation to welcome Wagstaff back to Independence. It takes place at First Baptist Church of Blue Springs, 4500 Little Blue Parkway, at 2 p.m. The event is open to the public.

"This entire eight months or so, we've had people express: 'How can I help? What can I do?' We want people to come out and show their support. He'll be here to say hi to everyone," Syme explained.

Wagstaff was shot in the head in March while responding to a home burglary. Police arrested four people in connection with the burglary.

The 15-year veteran of IPD has spent the past eight months recovering at a rehabilitation facility in Nebraska.