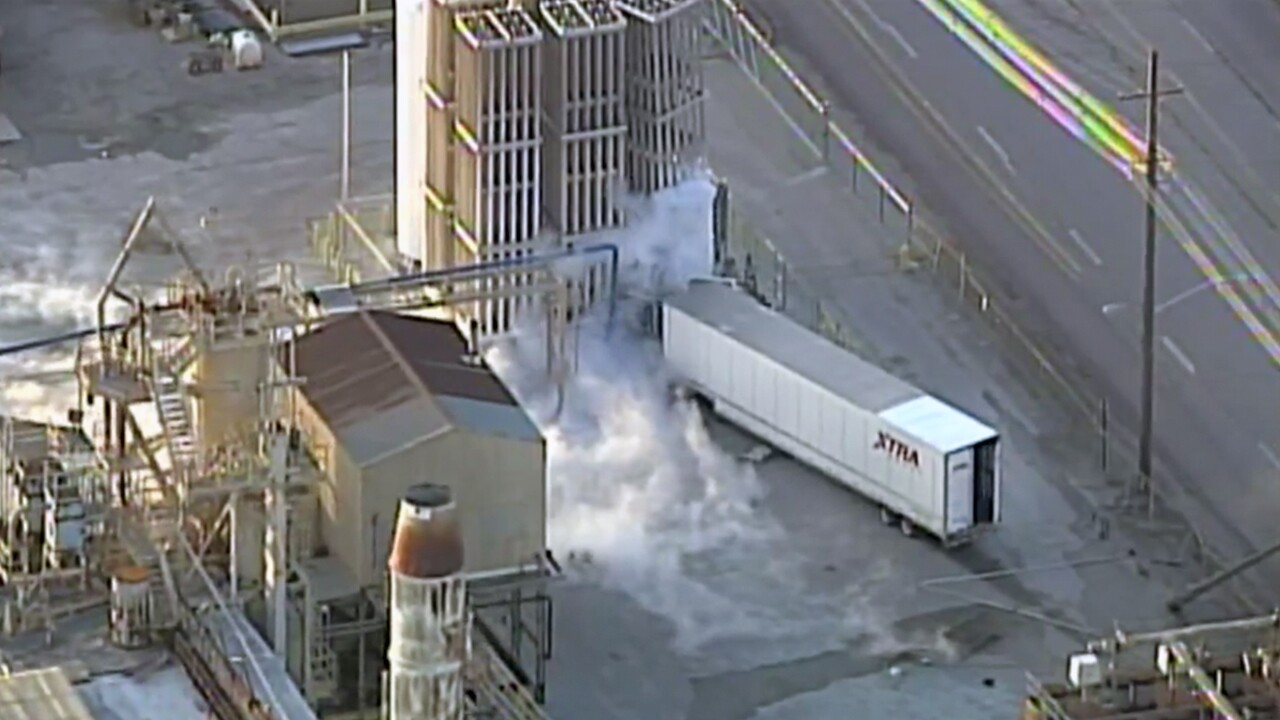 The crash caused “hazardous conditions” and shut down a section of the district. The area between North 7th Street and Fairfax Trafficway and Kindleberger and Funston roads was closed around 4:30 p.m.

The crash at 300 Kindleberger Road caused gas to spill out of a liquid oxygen unit, according to the KCK Fire Department.

Around 5:15 p.m., the leak was shut off, according to Assistant Fire Chief Morris Letcher. There were no flammables on the truck, Letcher said.

Police told 41 Action News they believe the driver of the tractor-trailer suffered from a medical episode. The driver was taken to the hospital and reported to be in stable condition.

In a statement, Owens Corning said that its Kansas City facility was evacuated after the crash. The truck was not affiliated with Owens Corning.

"Our primary concern is the safety of those affected," the statement reads. "The facility and nearby area have been evacuated in coordination with emergency responders. No Owens Corning employees were injured. We are working with the appropriate authorities to assess and address the situation."

Shortly before 6 p.m., authorities estimated that Kindleberger Road could be closed for another two or three hours. However, minutes later, KCK police said that the hazardous conditions have been resolved and the closures are now only at Kindleberger between North 7th Street and Fairfax Trafficway.

Authorities asked residents to avoid the area if possible.