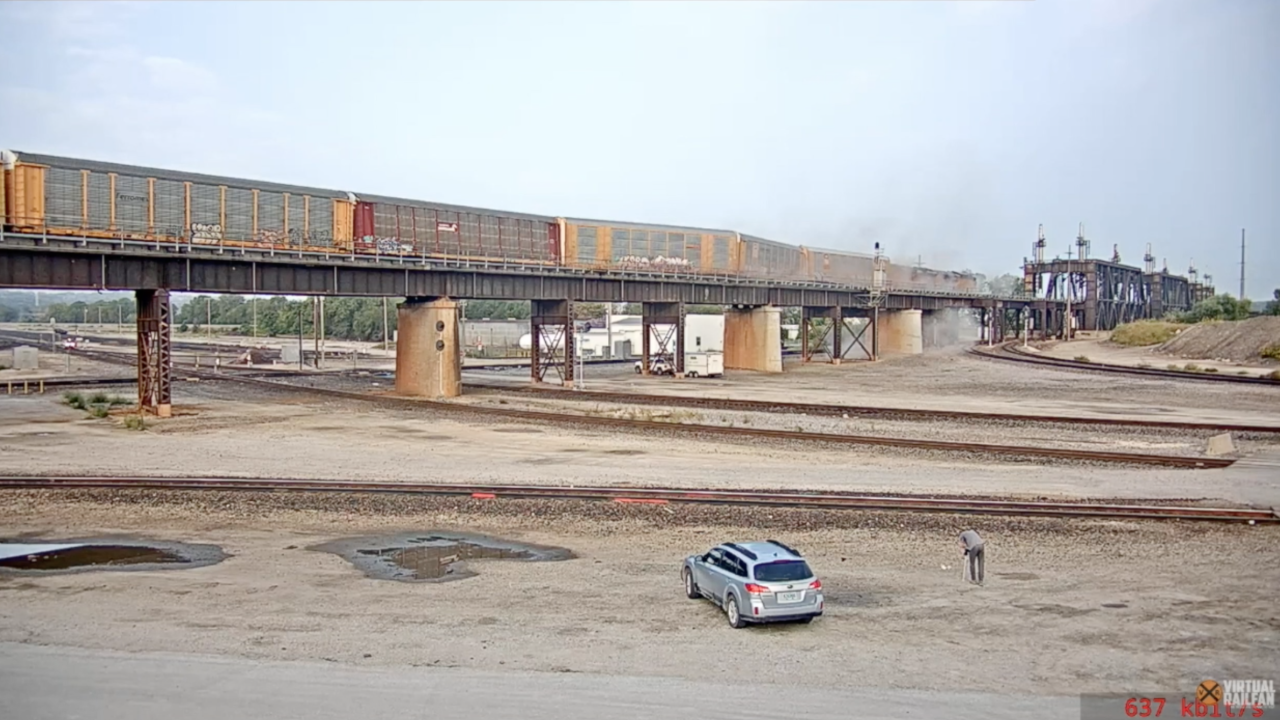 Virtual Railfan
A train derailed near the Santa Fe Junction in Kansas City, Kansas, on the morning of Tuesday, Sept. 15, 2020.

Railroad officials said the Union Pacific train, which is carrying automobiles, left the tracks around 7:30 a.m. Two locomotives and five rail cars were derailed on the bridge.

Video shows the train cars leaving the tracks and crashing into each other before the train comes to a halt.

The cause of the derailment is under investigation, officials said.

As of 1:30 p.m., the train remained derailed on the bridge, though tow crews appeared to be on the scene to re-rail the cars.