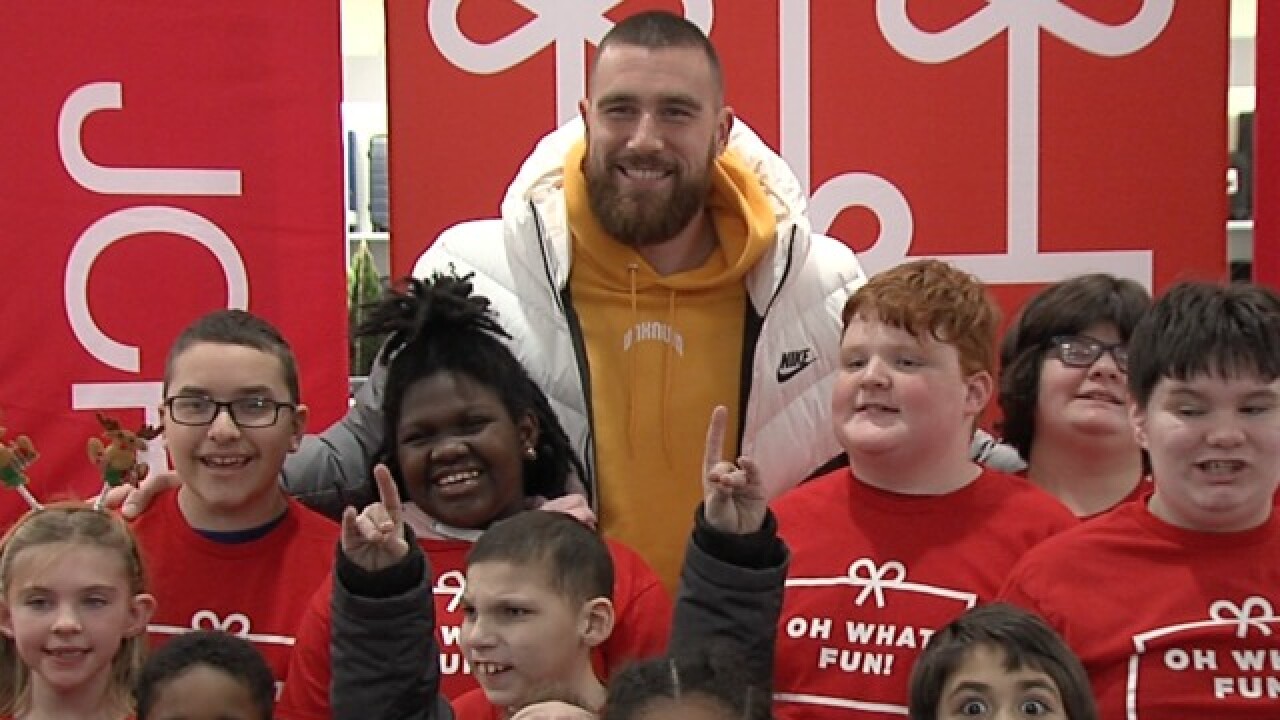 Copyright 2018 Scripps Media, Inc. All rights reserved. This material may not be published, broadcast, rewritten, or redistributed.
Travis Kelce 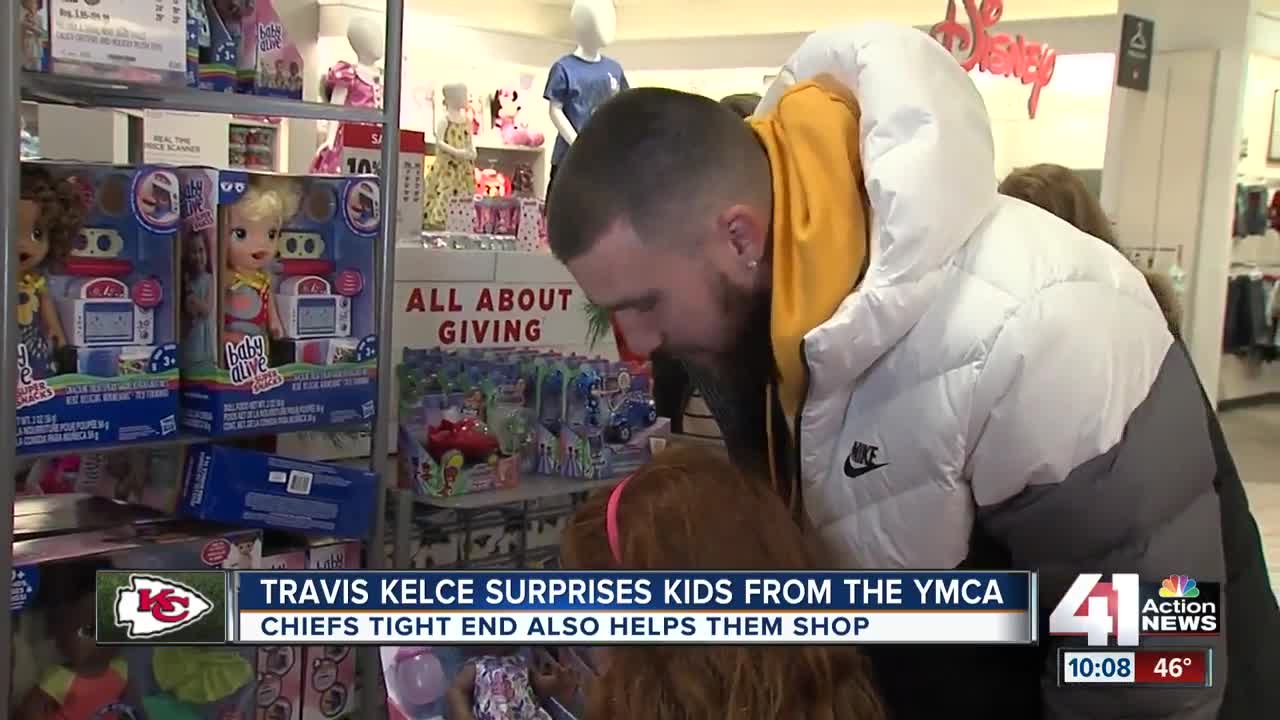 And right after he did, he took the 25 kids from the YMCA of Greater Kansas City on a $100 shopping spree at JCPenney.

And when Kelce walked into the store in Independence, the kids' faces lit up.

"Just the smiles that I saw on their faces when I walked in, that's the coolest feeling in the world," said Kelce. "I remember how I used to look at athletes and I know what kind of impact I can have on them."

And that impact was immediately felt.

While Kelce wouldn't adopt the nickname 'Santa Kelce,' he said he wanted to help out as much as he could.

"Its the giving season. My mother and my father ingrained it in me to help out when help is needed," Kelce said. "Every year during the holidays, I want to spread the love, especially to a community like Kansas City."

The three-time pro-bowl tight end also had a message for the kids—don't forget your family.

"I know it's an opportunity to get some stuff for themselves, but at the same time there are people that take care of them that I'm sure are deserving of something for Christmas," Kelce said.