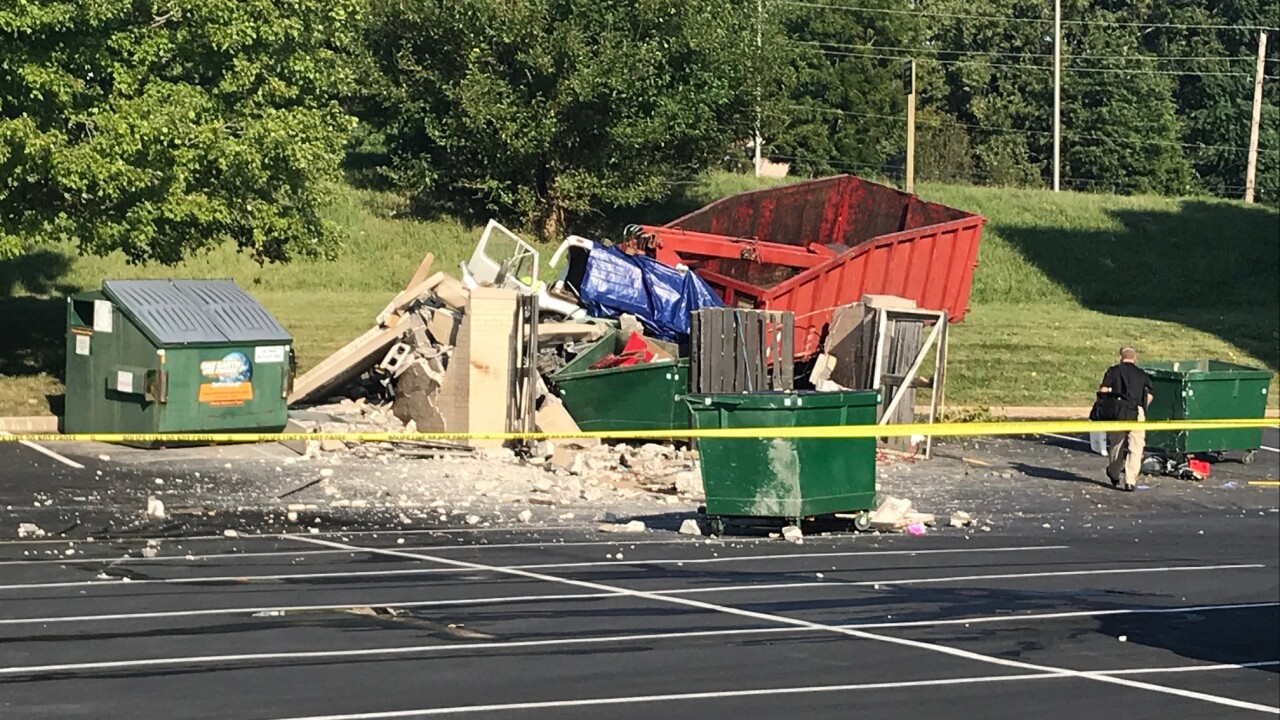 Charlie Keegan/KSHB
A truck driver was killed in a crash on Wednesday, Aug. 26.

KANSAS CITY, Mo. — A truck driver was killed in a crash Wednesday morning in Mission.

According to Johnson County Consolidated Fire District No. 2 Chief Tony Lopez, the truck was headed south on Metcalf Avenue around 7:40 a.m. when it crossed the center lane and ended up in the parking lot of Mission Bank near Johnson Drive.

The truck came to rest against the brick dumpster enclosure and was severely damaged.

The driver of the truck was killed in the crash. They were the only person in the truck, which was the only vehicle involved.

The chief said the truck was similar to those used for tree trimming.

A captain from the police department said investigators want to find out why the truck crashed by reconstructing the scene, speaking with witnesses and inspecting the truck for possible mechanical issues.

“It’s bad. We’re lucky nobody else was injured when he crossed the roadway and no one was in the parking lot when the accident happened, you can see debris was thrown everywhere," Mission police Capt. Kirk Lane said. "So we’re just really lucky. Unfortunately someone lost their life, but it’s a miracle someone else wasn’t injured as well."

Police haven’t released the name of the man who died.