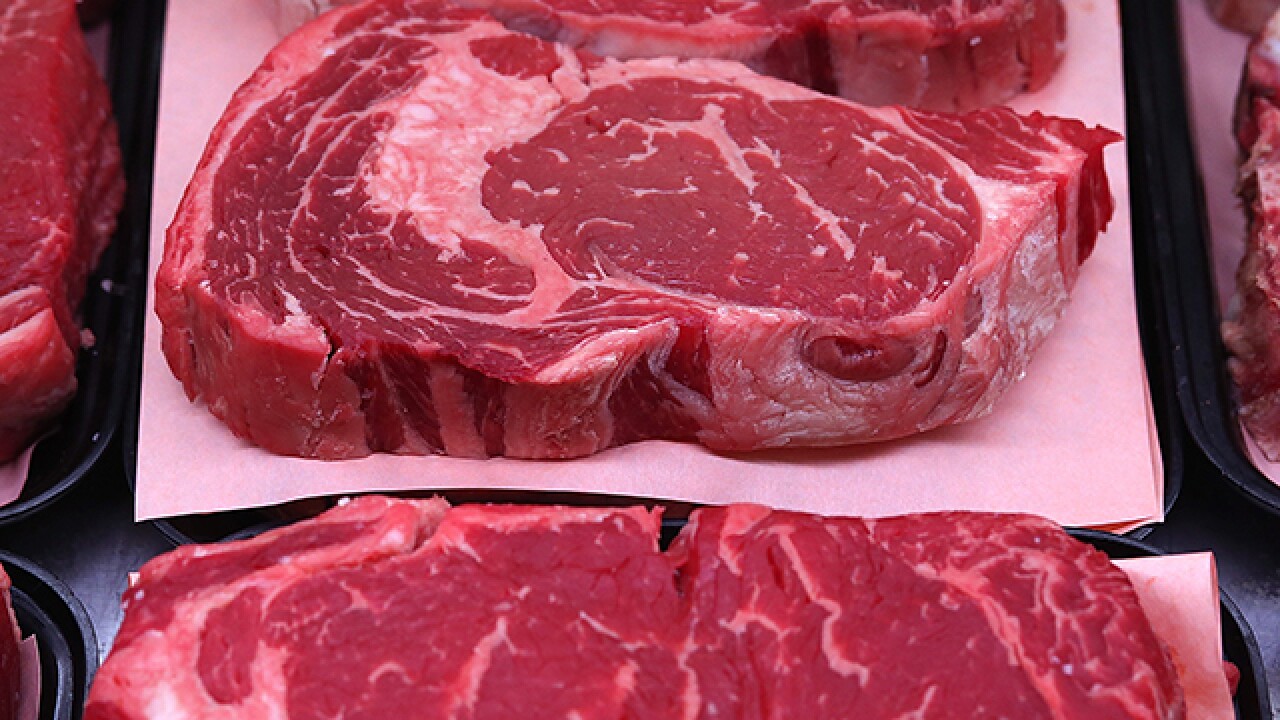 Copyright 2018 Scripps Media, Inc. All rights reserved. This material may not be published, broadcast, rewritten, or redistributed.
Justin Sullivan
<p>KENTFIELD, CA - MAY 08: Ribeye steaks are displayed at Woodlands Meats on May 8, 2013 in Kentfield, California. (Photo by Justin Sullivan/Getty Images)</p>

KANSAS CITY, Kan. — Authorities say a California trucker working for a Kansas freight brokerage has been sentenced to federal prison for stealing a load of meat valued at more than $160,000.

The U.S. attorney's office said in a news release that 37-year-old Gegham Avetisyan of Valley Village, California, was sentenced Monday to 15 months in prison. He pleaded guilty in May to one count of wire fraud.

Prosecutors say Avetisyan contracted with a business in Olathe to deliver the meat to three places in California. He faxed documents to the company using the name Robert Ivanov.

Avetisyan picked up the meat at a packing plant in Omaha but didn't deliver it.