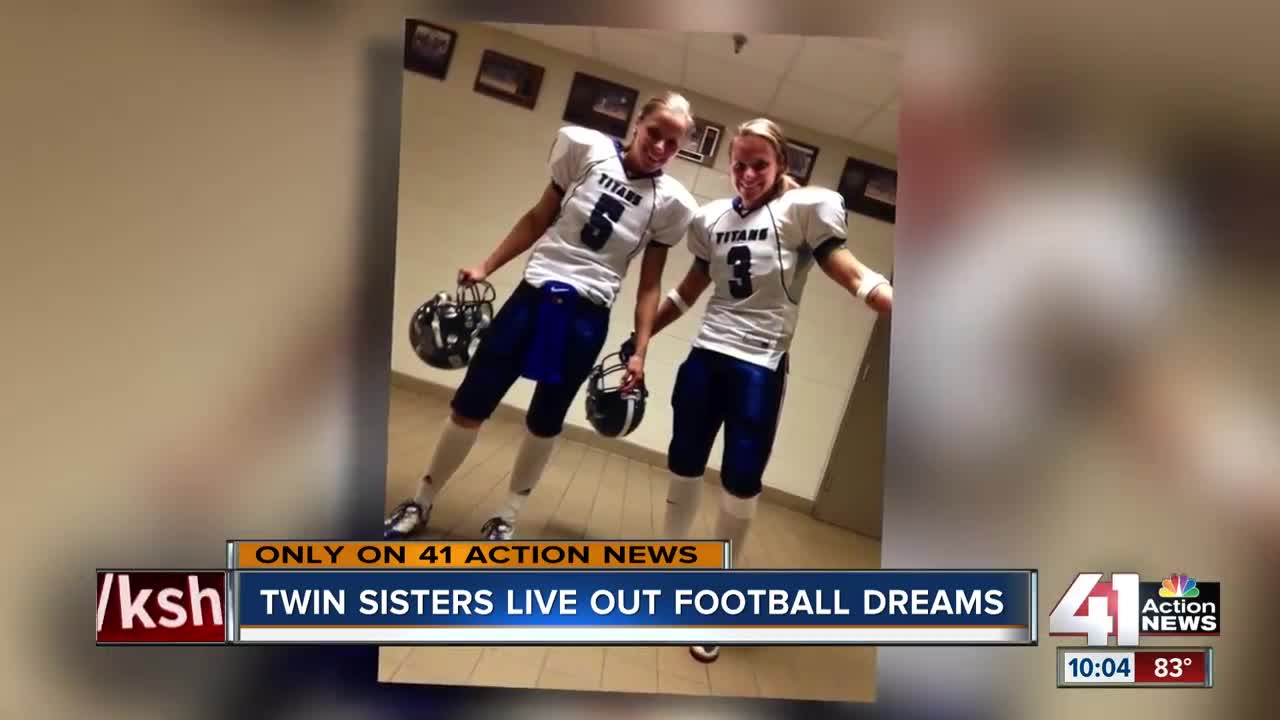 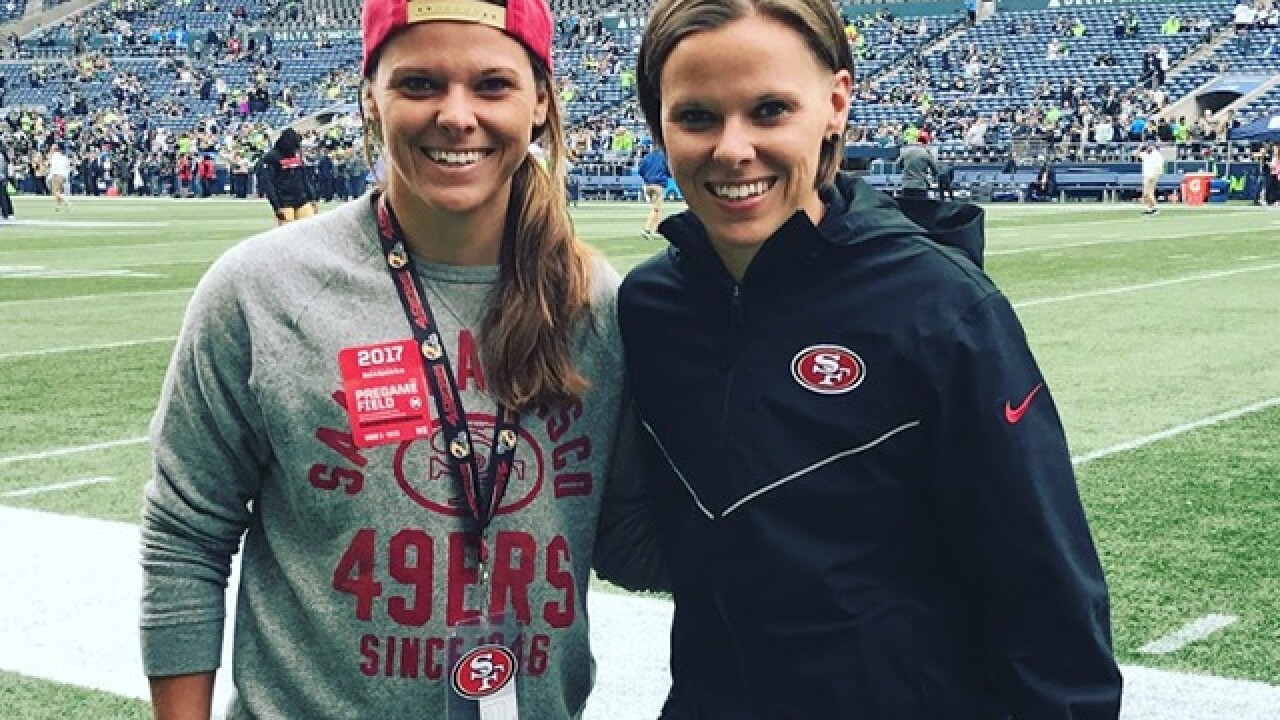 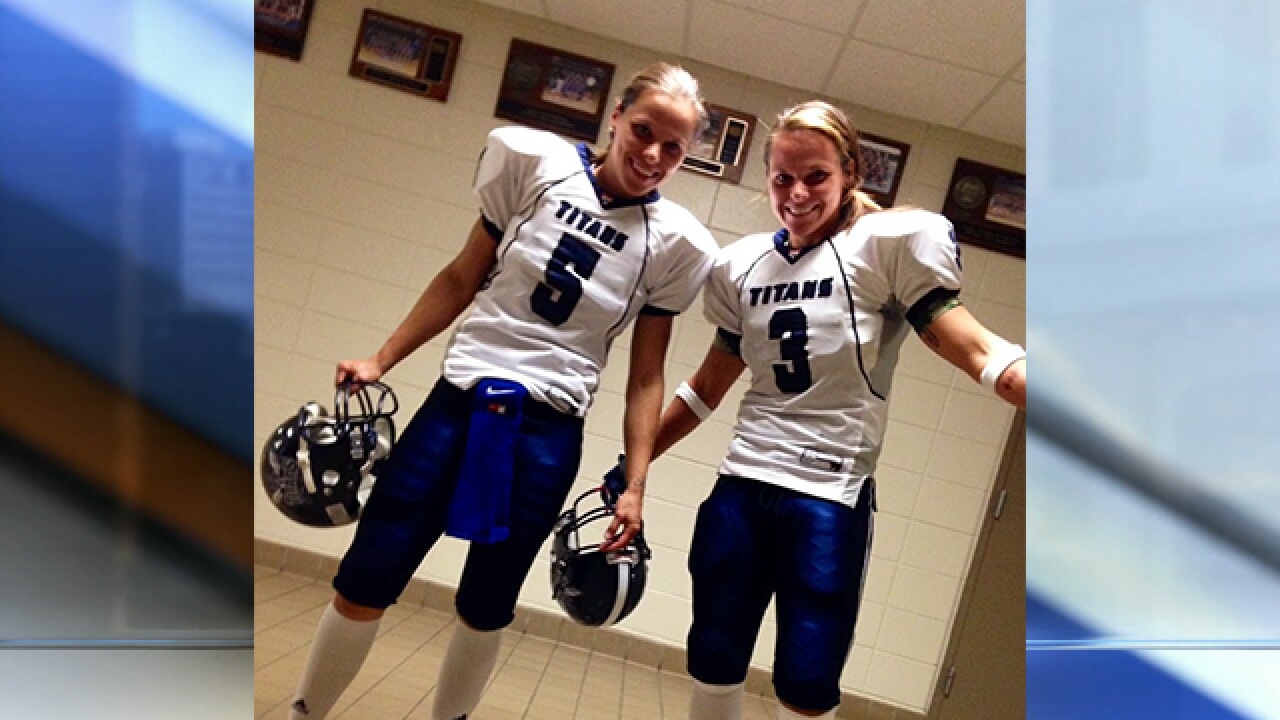 KANSAS CITY, Mo. -- As twin sisters continue to live out their dreams on the football field, one will return home this weekend as an assistant football coach of the San Francisco 49ers.

Liz and Katie Sowers both grew up in Hesston and developed a love for football at a young age.

“Our dad was a women’s college basketball coach,” Liz said. “When they were getting rid of their old gear one Christmas, he brought us a football helmet and pads.

“I remember me and my twin sister would put our helmets on, act like there was an endzone, and just contact.”

While the two often played football in the backyard and with friends, the sisters wouldn’t join an official team until after they both graduated college.

Katie and Liz started their careers in the Women’s Football Alliance on the West Michigan Mayhem before moving to the metro to play on the Kansas City Tribe.

Liz continues to play as a wide receiver and has also won gold medals on both Team USA’s tackle and flag football teams.

“We don’t get paid tons of money. We actually pay money to play,” she said. “You really surround yourself with people who love the game.”

After retiring from the Women’s Football Alliance, Katie moved on to the NFL.

After serving as a scouting intern for the Atlanta Falcons, she now works as an offensive assistant coach on the 49ers.

“My dad and I are probably tied for her number one fan,” Liz said. “She’s kind of shown that there is a path for women in football.”

Years after starting their careers in football, Liz and Katie have both had to overcome challenges.

“Usually when I tell people I play football, they think I mean soccer. When I tell them it’s not soccer, they think it’s lingerie,” Liz said.

However, neither has let anything get in the way of their dreams.

“In today’s society, you look at women and say you have to be motherly, you have to be nurturing, you have to soft spoken,” the wide receiver explained. “Football is the exact opposite. We’re showing everyone you can be a woman and still play football.”

With a game between the 49ers and Chiefs set for this weekend at Arrowhead Stadium, Liz said she and fellow family members will put their Chiefs fandom aside and cheer on Katie.

With both of their football careers still going strong, Liz told 41 Action News that the experience this weekend will represent much more than a game.

“There’s a lot of support. Football is family,” she explained. “Katie would love to be a head coach someday. I think it will happen.”