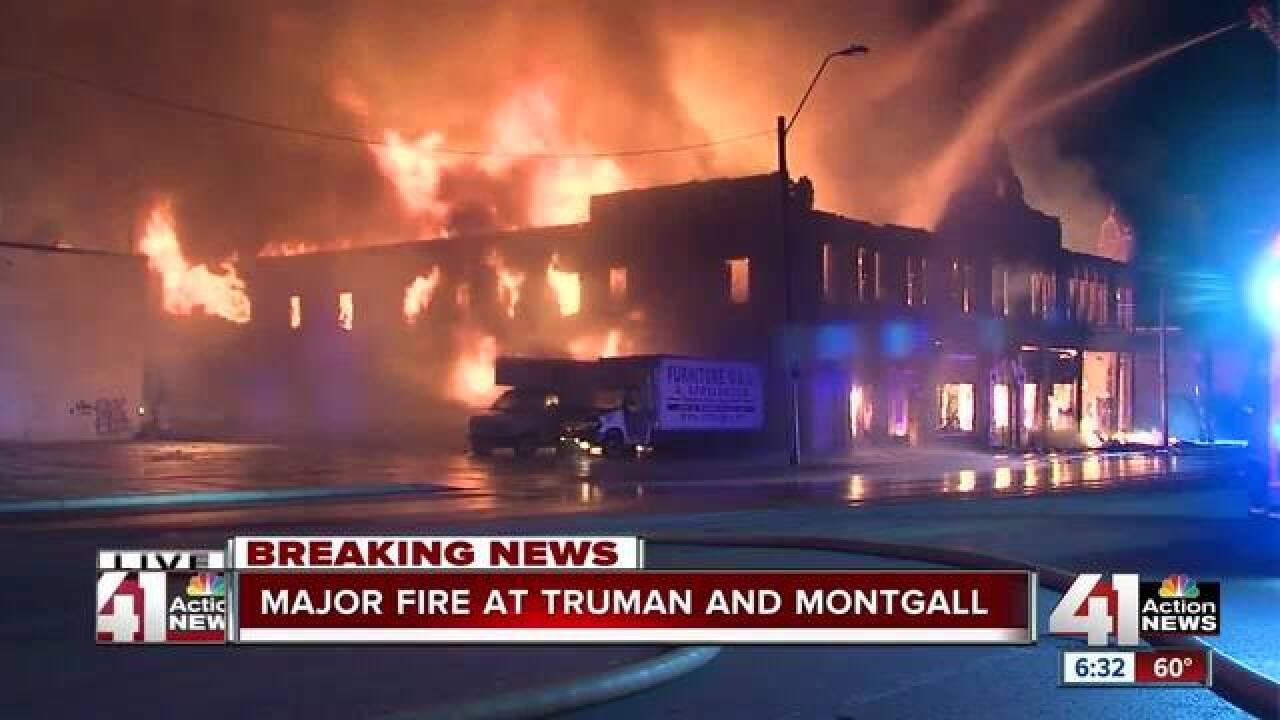 Fire crews extinguished a two-alarm fire in the 2600 block of Truman Road that broke out just before 5 a.m. Saturday.

Police officers were driving south on Prospect when they noticed delivery trucks for Furniture U.S.A.& Appliances were on fire.

"I was coming down Truman Road and it was filled with smoke and there was a small flame in the front window," said Joe Turner, who also saw the fire and called 911.  "I turned around to call and the flames had already started shooting out of the building, 6 to 8 feet."

Fire Chief Paul Berardi said the fire was heavily involved when crews arrived and embers were flying hundreds of feet to the West.

"Flames were shooting out both sides when we got here," said Berardi.  "There was a blowtorch like effect out the back."

flames shooting out both sides when we got here

flames shooting out both sides when we got here a and c sides and the roof and throwing embers to a long side to the west of us.

Berardi said a 60 foot perimeter was set up and crews began a defensive battle due to the nature of the large fire.

That perimeter is referred to as a collapse perimeter that helps keep crews safe from weakened walls, roof and other parts of the building.  It distances crews from the fire one and half times the building's height.

"The initial decision by the incident commander to go defensive was paramount to making sure it didn't spread," said Berardi, who also said it is paramount to keeping crews safe.

About an hour after the fire started the front of the building collapsed into the street.

There are no reports of injuries so far.

Investigators are still trying to determine how the fire started, but they believe it started in the southeast corner of the building.