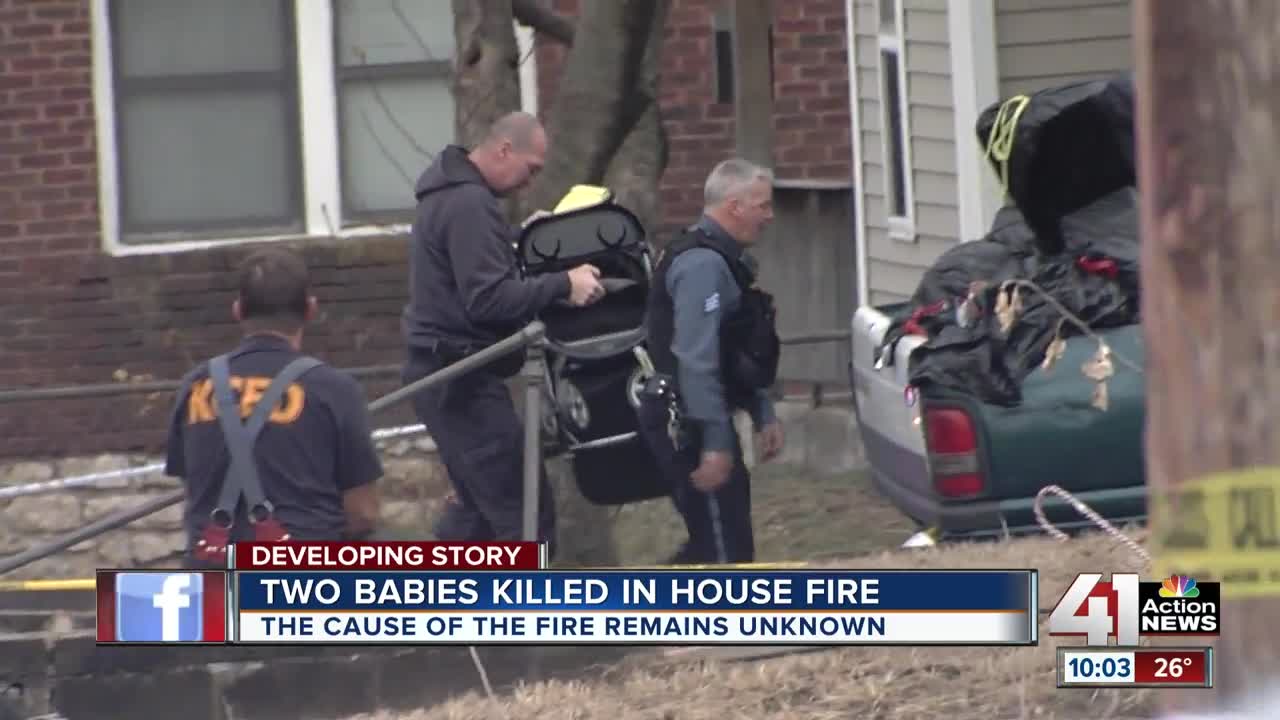 Two children were killed in a house in Kansas City, Missouri Wednesday afternoon. 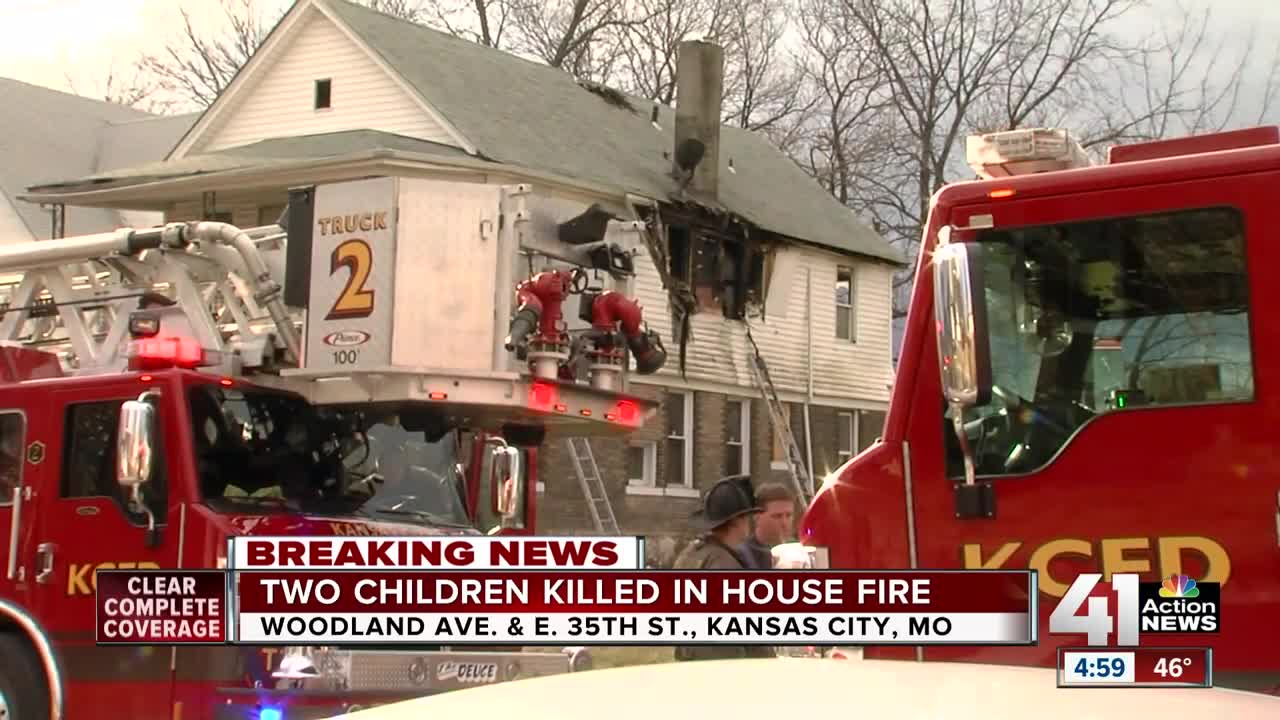 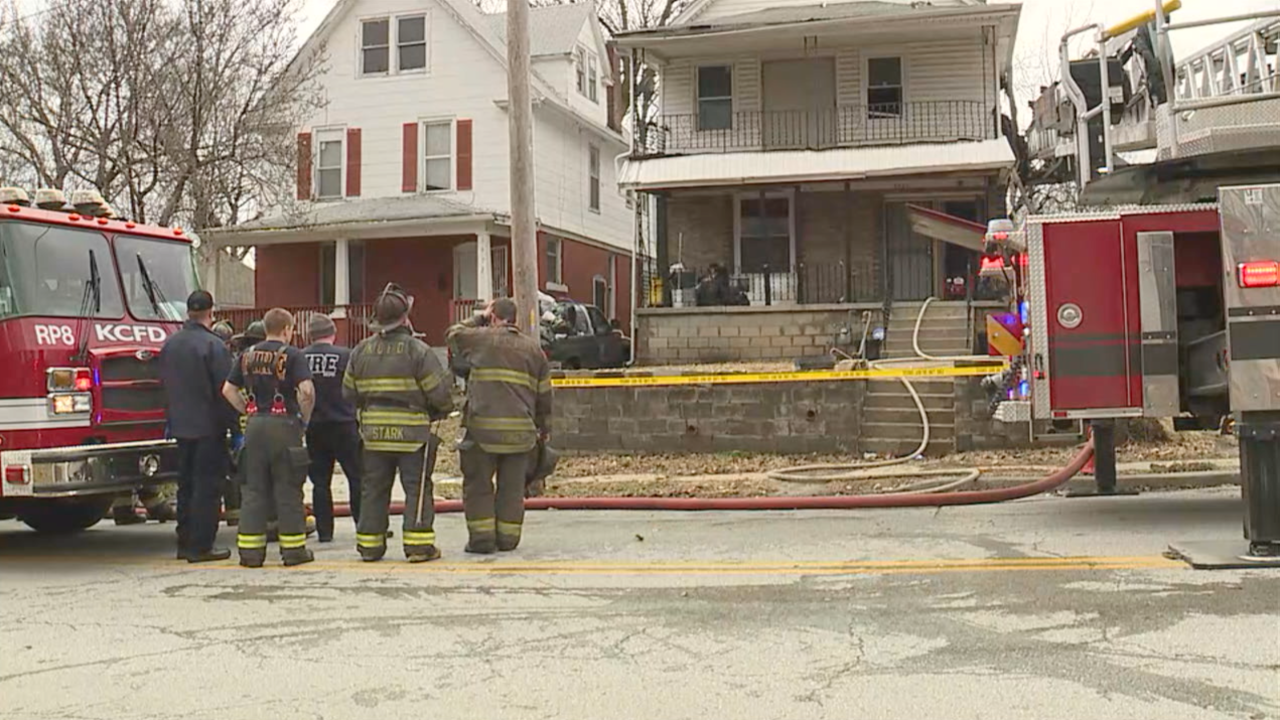 The Kansas City Fire Department said the children were one-year-old twins, a boy and a girl. An adult woman escaped the home with four other children. Officials initially said the woman was the children's mother but later clarified.

The fire was in a home at 34th and Woodland. KCFD crews arrived within two minutes of receiving the call and found heavy fire coming from the second floor of the home.

Closer look at damage to home near 35th/Woodland.

House fire inside killed boy + girl both under 2yo @41actionnews pic.twitter.com/I6AKqjjnWG

BREAKING: 2 children under the age of 2 are dead in a Kansas City house fire. A mother and 4 children were able to escape. @41actionnews pic.twitter.com/s4S6otMBiF

Officials said the cause of the fire is still under investigation but the children were in the room where the fire started.

Multiple neighbors who spoke to 41 Action News reported heavy smoke and big flames during the emergency.

“You could just see the smoke coming from down the street,” said Leah Massey, who lives nearby the home where the fire occurred. “I’ll remember just how strong it was. It was an orange blaze on the side of the house and you could smell it from all the way up here.”

With the home just doors down from the church the family attends, fellow members watched from behind police tape on Thursday as firefighters responded to the blaze.

“It’s just a very happy close-knit family. The children are always happy,” she said. “We’re just so sad to hear of the loss of the children. Our prayers go out to everyone.”

Moving forward, Braxton said the church community would help the family through the tragic time.

“Any time there are children, there is a need,” she said. “We’re going to help provide for those needs.”