One dead, 3 others injured in KCK apartment fire 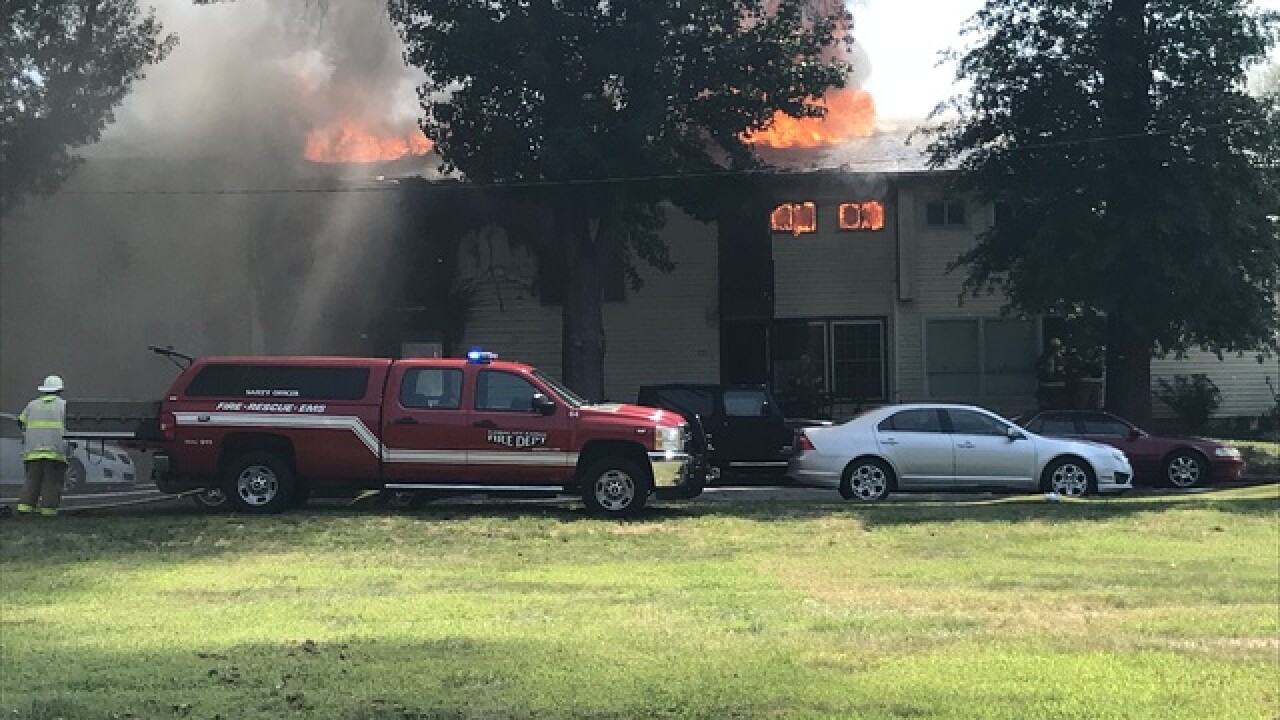 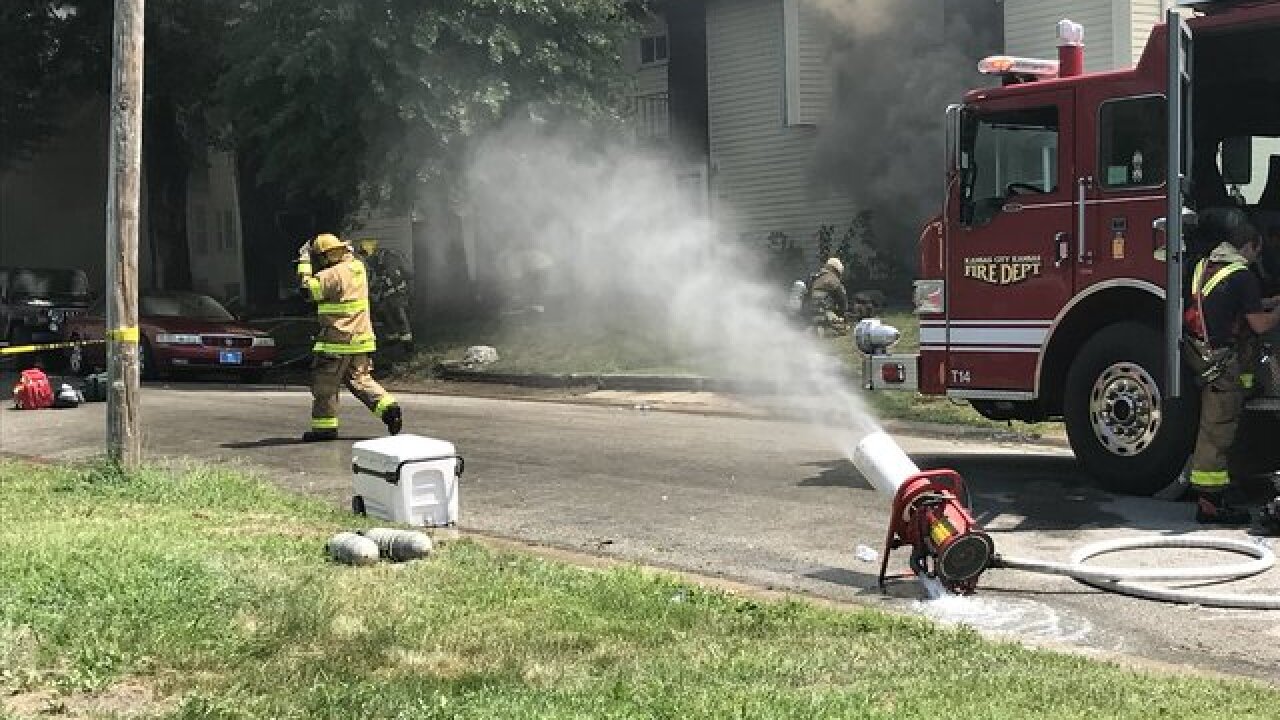 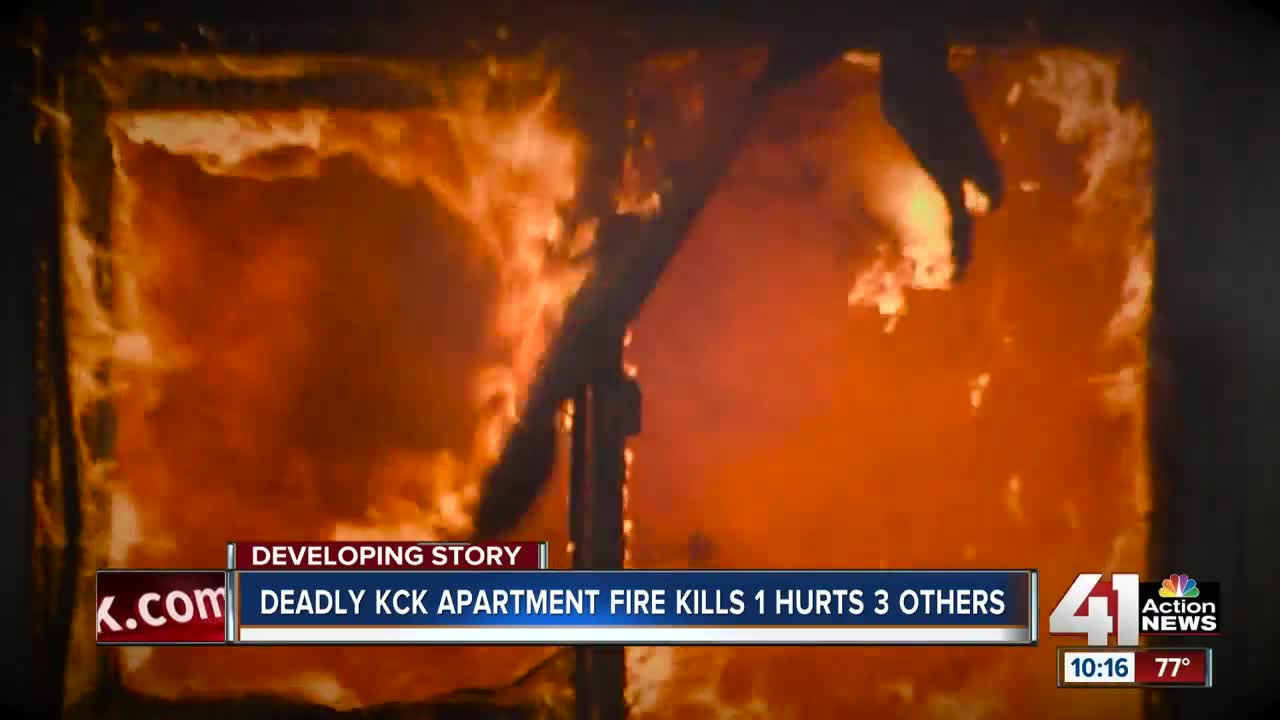 KANSAS CITY, Kan. — One child is dead and three other family members were transported to a local hospital for treatment at the burn unit after fire tore through an apartment complex at 733 N. 70th Terrace.

Crews with the Kansas City, Kansas, Fire Department were called just before 11:00 a.m. on Saturday to the College Park Townhomes, where heavy smoke was visible from Interstate 70.

During a press conference Saturday evening, KCK Fire Marshal John Droppelmann corrected misinformation that was initially disseminated — that two people were dead and two were injured — in the fire, which heavily damaged the eight-plex.

Droppelmann said all of the injured parties, including the 4-year-old child who died, belong to the same family, but a language barrier is making it difficult to confirm details.

The three survivors were critically injured, according to Droppelmann.

The fire displaced more than a dozen other residents, including Cernyn Macon.

"Me and the son, started catching people out the window," Macon said. "We thought that was everybody and about three to four minutes later they said there was a little girl in the back".

For Mildred McCullum, this wasn't the way she wanted to celebrate her 84th birthday.

She learned about the fire when her grandson called to say her house was on fire.

"But the 84th birthday, I'm going to write that in the Bible, let them know what happened on that day," McCullum said.

They don't know why this happened to them, but as they look for answers, they hope a higher power has them.
"God has spared me, my family and none of us were hurt, so that's a blessing right there," McCullum said.

"I just thank God that everybody got out but a few people," said Cosandra Tucker, another displaced resident. "... It's just sad."

While they are thankful to have their lives, they pray for the family who lost a loved one.

"We can replace material items, that is what it is but that little girl, she didn't have a chance to live," said Macon.

Fire investigators are currently trying to determine how the fire started. Three units were heavily damaged by the blaze, but all eight units likely suffered smoke and water damage.