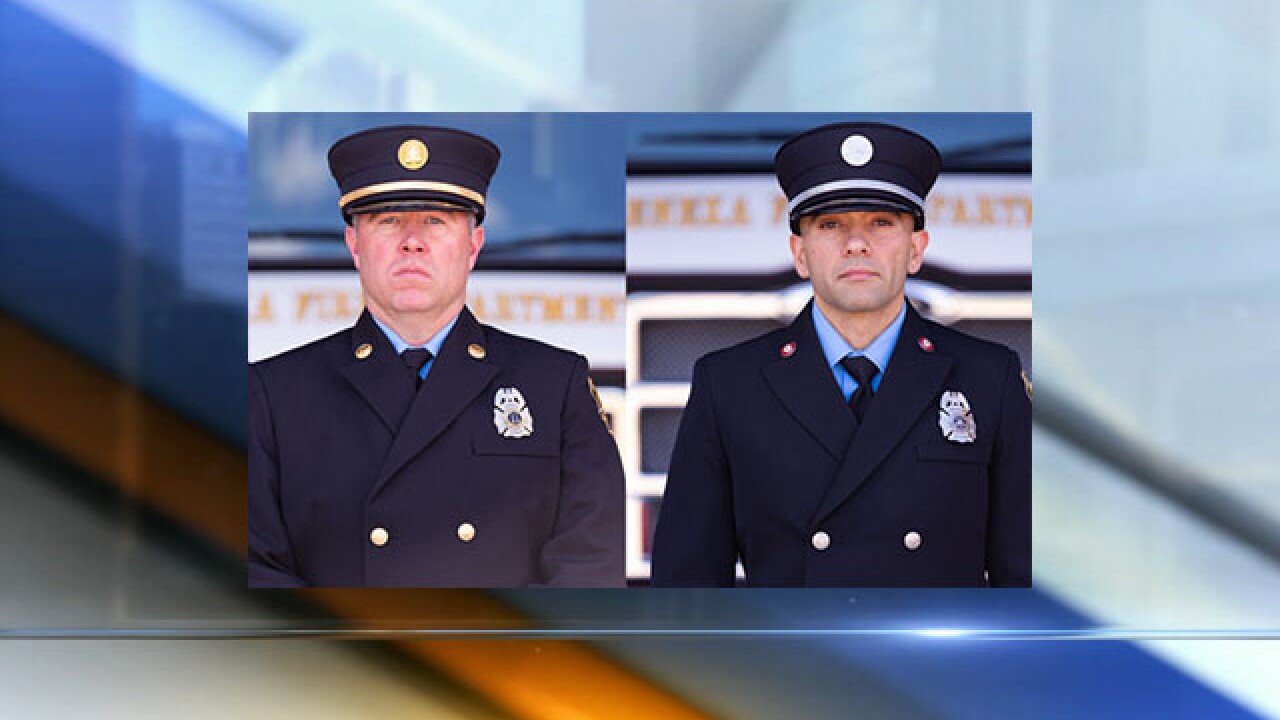 The Medal of Valor, which was established in 2001, is awarded for people “who have exhibited exceptional courage, regardless of personal safety, in the attempt to save or protect others from harm,” according to a release from the city.

Moore and Freisner were part of a crew who responded to an April 2017 apartment fire.

Along with other members of the Lenexa Fire Department and the Overland Park Fire Department, the duo helped rescue an adult, two small children and a family pet from a potentially deadly blaze.

“It is an honor to have members of the Lenexa Fire Department be recognized for selflessly upholding their oath to serve and protect our community,” Lenexa Fire Chief Lonny Owens said in a statement. “During this incident, Fire Captain Dustin Moore and Firefighter Paramedic Andrew Freisner represented the City of Lenexa and its Fire Department with professionalism and bravery.”

Fueled by 35 mph winds, fire was visible on three of four sides of the apartment building and the roof. The building’s stairwells were impassable, making escape impossible for the family trapped in a second-floor apartment.

Moore and Freisner accessed the balcony of the family’s unit with a ladder and forced open the locked sliding glass door to search for the family in a smoke-filled apartment.

The adult and two kids were located in a bedroom and brought them to the balcony where other firefighters took the trio to safety.

Moore reentered the apartment to search for other residents and rescued the family dog.

Owens also credited the assistance from the Lenexa Police Department and Johnson County Emergency Communications Center for making the rescue a success.

“The Lenexa Fire Department remains intentional and committed to reducing fire risks in this community to avoid these perilous situations,” Owens said. “However, should the need arise, I am confident the members of this department will respond with the same level of courage and professionalism as Fire Captain Moore and Firefighter Paramedic Freisner did on this day.”