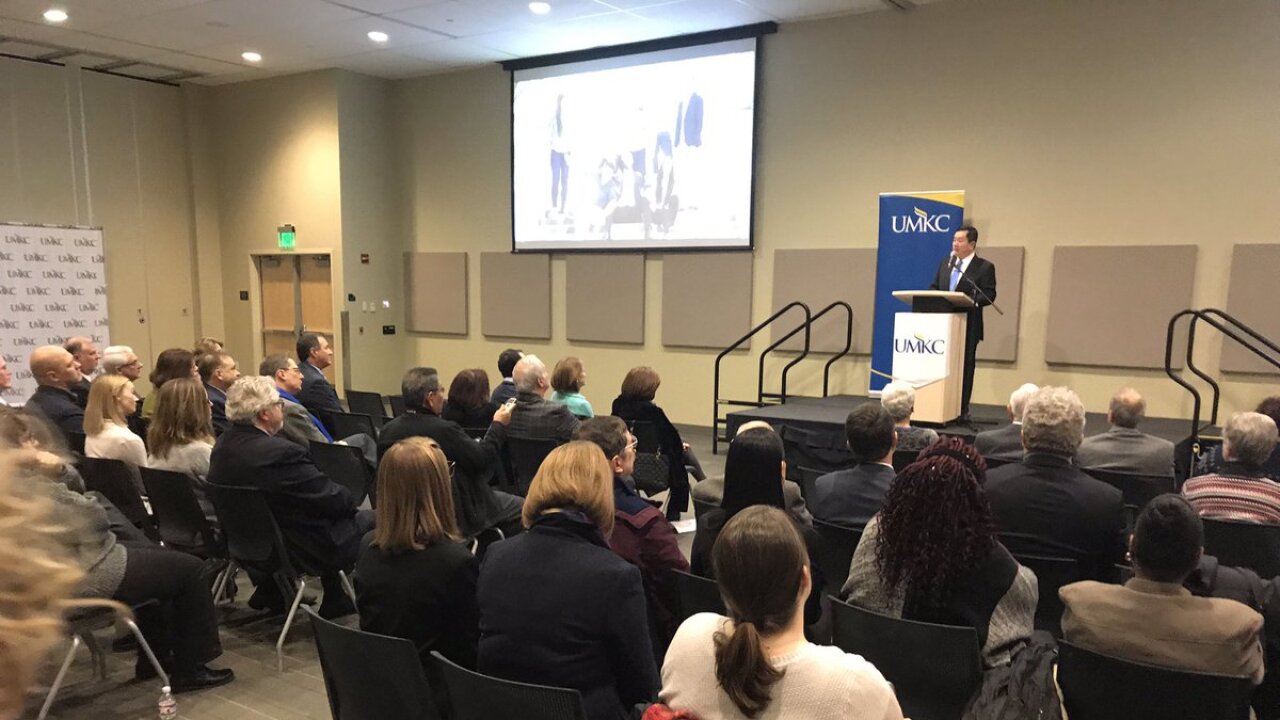 KANSAS CITY, Mo. — Two big foundations have come together to create a new set of scholarships for students at the University of Missouri Kansas City. The university announced the partnership Tuesday morning.

The university’s chancellor said the $20 million fund will help approximately 800 students afford tuition over the next nine years.

The Marion and Henry Bloch Family Foundation and the H & R Block Foundation donated a total of $10 million to the fund. UMKC and two existing University of Missouri System scholarship programs provided an additional $10 million. UMKC has named the new program the Bloch Family Scholarships.

The program will be available to students beginning in the fall. It will expand one existing UMKC scholarship and add two others.

The Henry W. Bloch Scholars program will expand under the new initiative. Beginning in the fall, it will serve roughly 200 students. It currently serves 47. This program is designed for low-income transfer students with poor academic performances in the past. Now, 100 spots will be reserved for transfers from Donnelly College or Metropolitan Community College’s Penn Valley campus. The remaining 100 spots will go to first-time freshmen.

The initiative creates the Marion H. Bloch/UMKC Next Generation Merit Scholars program. High performing students from within the Kansas City area are eligible for the more than 100 spots provided under this scholarship.

Finally, the initiative creates the Bloch Launchpad Scholars program for students interested in attending the Bloch School of Management and engaging in professional development while studying. Roughly 500 students will receive this scholarship annually.

“We are extremely excited and delighted about this big announcement. It is another example of the city of Kansas City coming together to invest in its future and invest in a new generation. And it will come back and repay 1,000-fold in the future,” explained Chancellor Mauli Agrawal, Ph.D.