UMKC becomes first US university with smart kiosks on campus 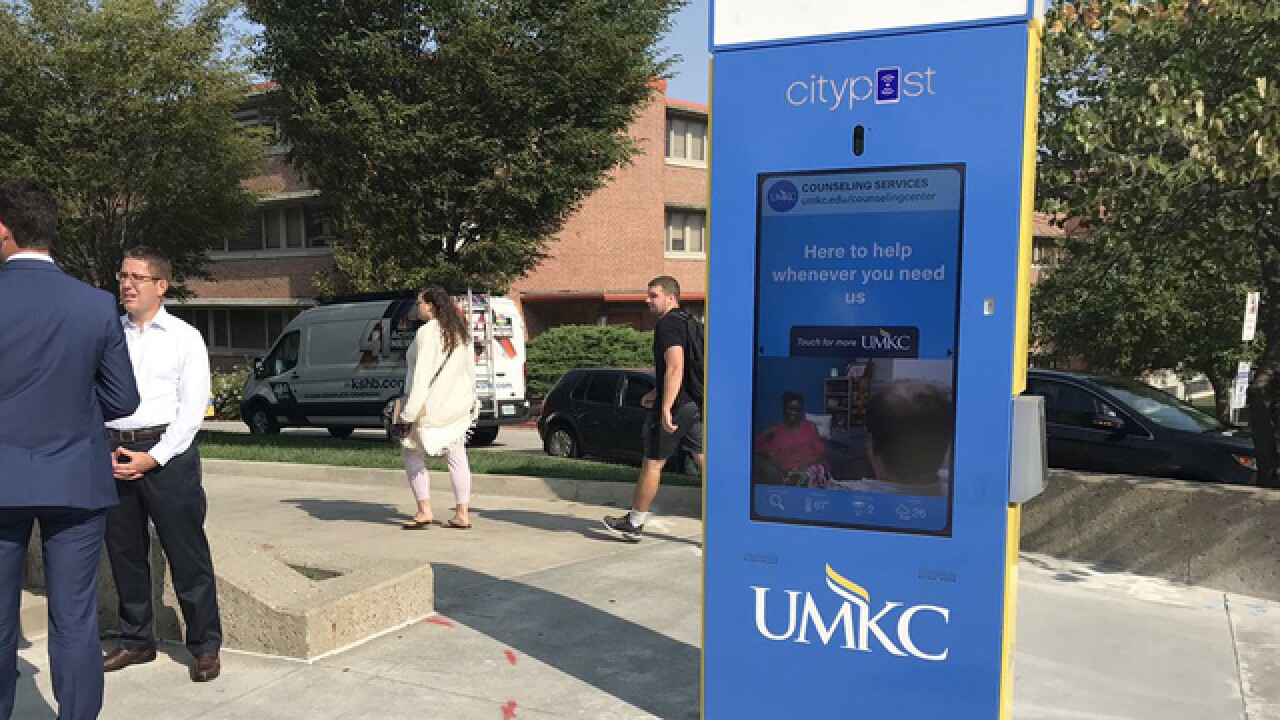 Copyright 2018 Scripps Media, Inc. All rights reserved. This material may not be published, broadcast, rewritten, or redistributed.
Charlie Keegan - 41 Action News
<p>UMKC says it’s the first university in the country to have the digital technology of smart kiosks on campus. </p> 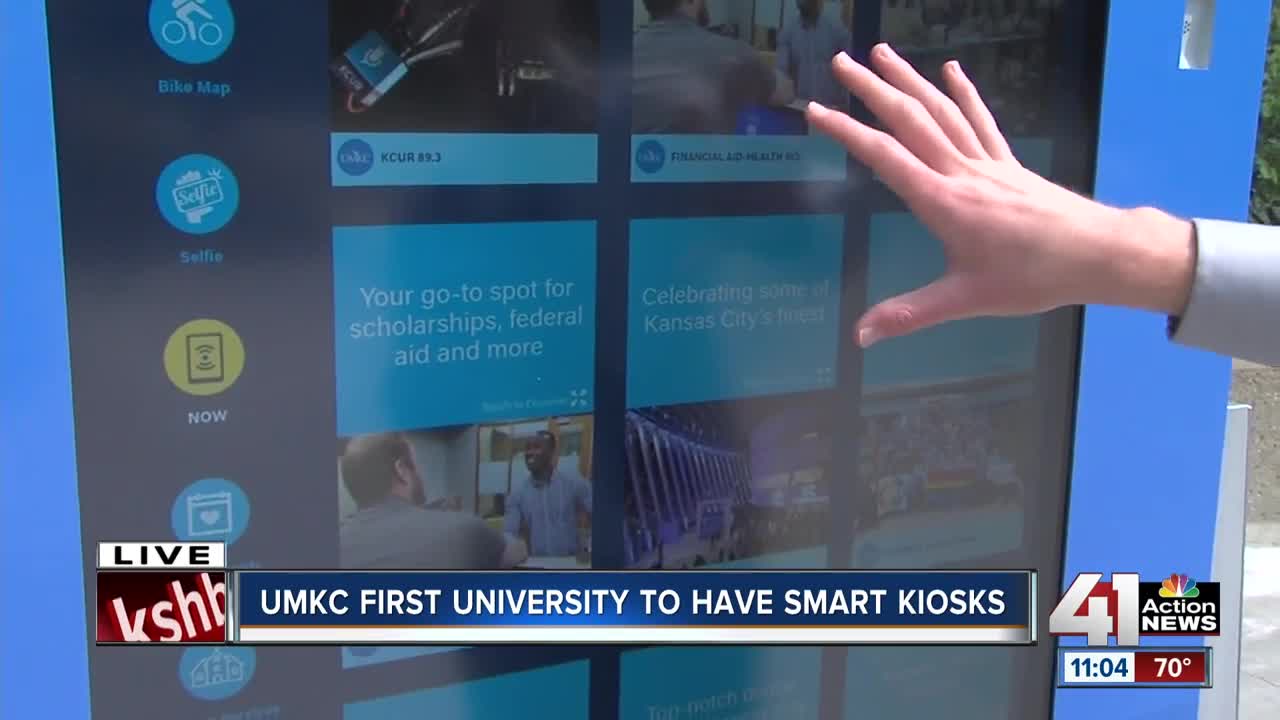 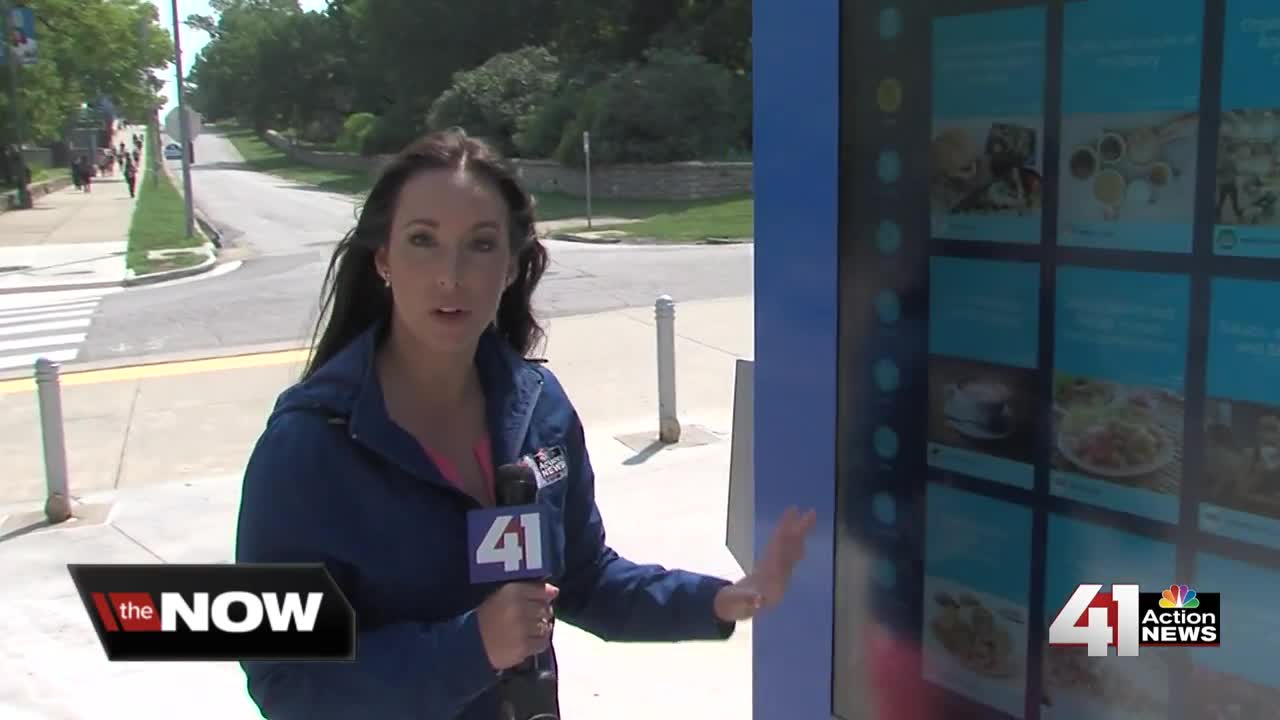 KANSAS CITY, Mo. – Students at the University of Missouri-Kansas City got a whole lot smarter overnight. The university unveiled newly installed smart kiosks, called CityPosts, Tuesday. UMKC said it’s the first university in the country to have this kind of digital technology on campus.

The CityPosts act like digital bulletin boards. The seven-feet tall kiosks look and react like huge smartphones. Students touch the screens to learn about events and activities on and off campus.

The company behind CityPost, Smart City Media, said it hopes the kiosks help students connect with the city. UMKC Provost Barbara Bichelmeyer predicted the kiosks would serve as hubs for students to make human connections.

“Rather than hunching over separate mobile phones, students and visitors can explore campus and Kansas City together,” she said.

“Students, me included, do not like to ask for help,” she admitted. “These kiosks take away that fear factor, the intimidation of asking for help. They are easy and fun to use and a quick way of doing things.”

Freshman student John Stegall said he's never used one of the kiosks. After trying it out for the first time Tuesday, he said the CityPosts are simple and easy to use.

"I think it's basically just sort of the same format as a smartphone. I think if anybody can use a smartphone, they can probably use this," said Stegall.

The CityPosts mirror the kiosks along the KC Streetcar route. Each streetcar stop has a kiosk connecting riders and visitors with all things Kansas City. As a result, publications have called the blocks surrounding the streetcar line the most intelligent blocks in the United States.

"Kansas City is today one of the top 10 Smart Cities in the United States," said Bennett.

UMKC has seven kiosks on its main campus, and one on its Health Sciences campus near Hospital Hill. A university spokesperson said no public dollars or money from tuition went to the kiosk program.

Smart City Media plans to install 12 more kiosks at KCI next month. Along Prospect Avenue, 62 kiosks will also be installed at each bus shelter. The city has contracted 114 kiosks to place throughout town.