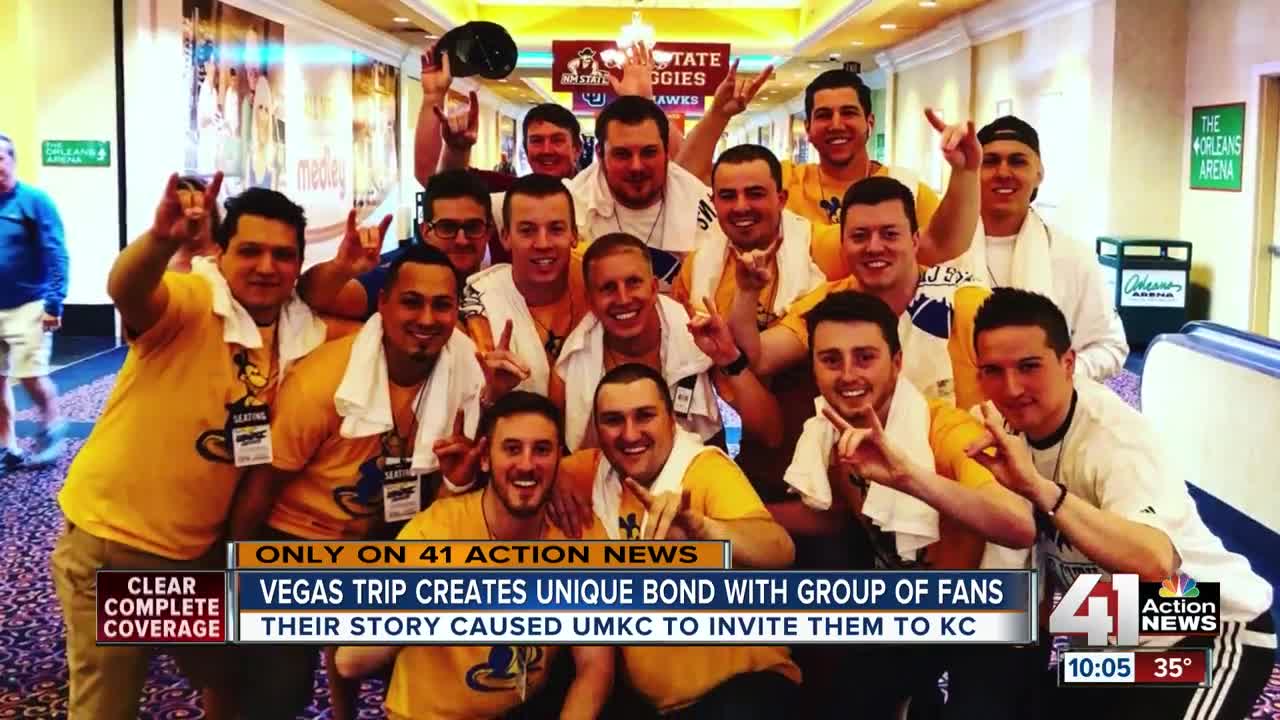 There are fans. Then, there are super fans, like the group from Chicago that found its way to the Swinney Recreation Center for Saturday's 63-54 comeback win against Seattle University. 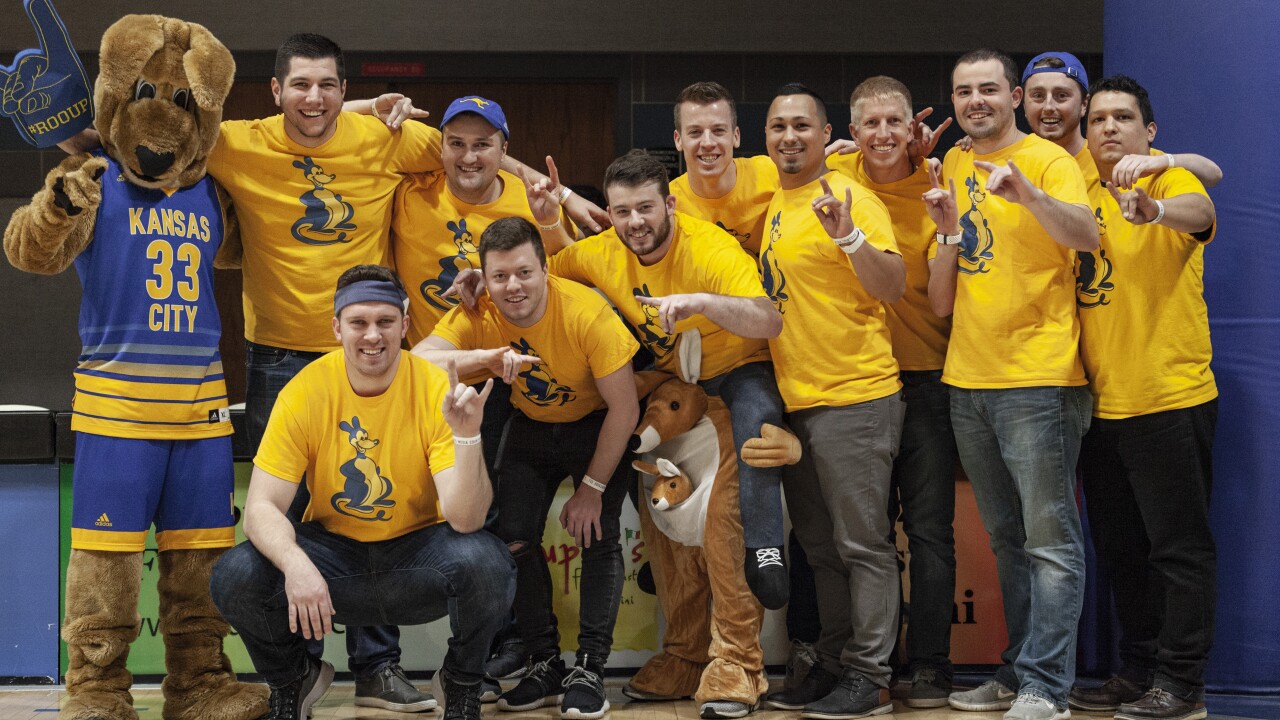 KANSAS CITY, Mo. — There are fans. Then, there are super fans, like the group from Chicago that found its way to the Swinney Recreation Center for Saturday's 63-54 comeback win against Seattle University.

“If you are ready for a long story, I will tell you the whole story,” started one of the super fans, Logan August.

Four years ago, August and several friends were attending a bachelor party in Las Vegas.

“We stumbled upon this tournament and picked the UMKC Kangaroos based on their mascot,” August said.

Most of the group of friends had never visited Kansas City and none had ever heard of UMKC.

But that moment cemented a new tradition for these super fans, who have attended three straight Western Athletic Conference Tournaments in Las Vegas to cheer for UMKC.

The UMKC athletics department decided to fly the group of friends to Kansas City this weekend to attend a home basketball game, which moved earlier this month on campus after years playing home games at Municipal Auditorium.

For these longtime friends, who now live all over the country, a new bond provides an exucse to get together in the heart of the nation.

“Every year that we go back, they are gracious," Roble said. "The athletic department is the reason we keep coming back."