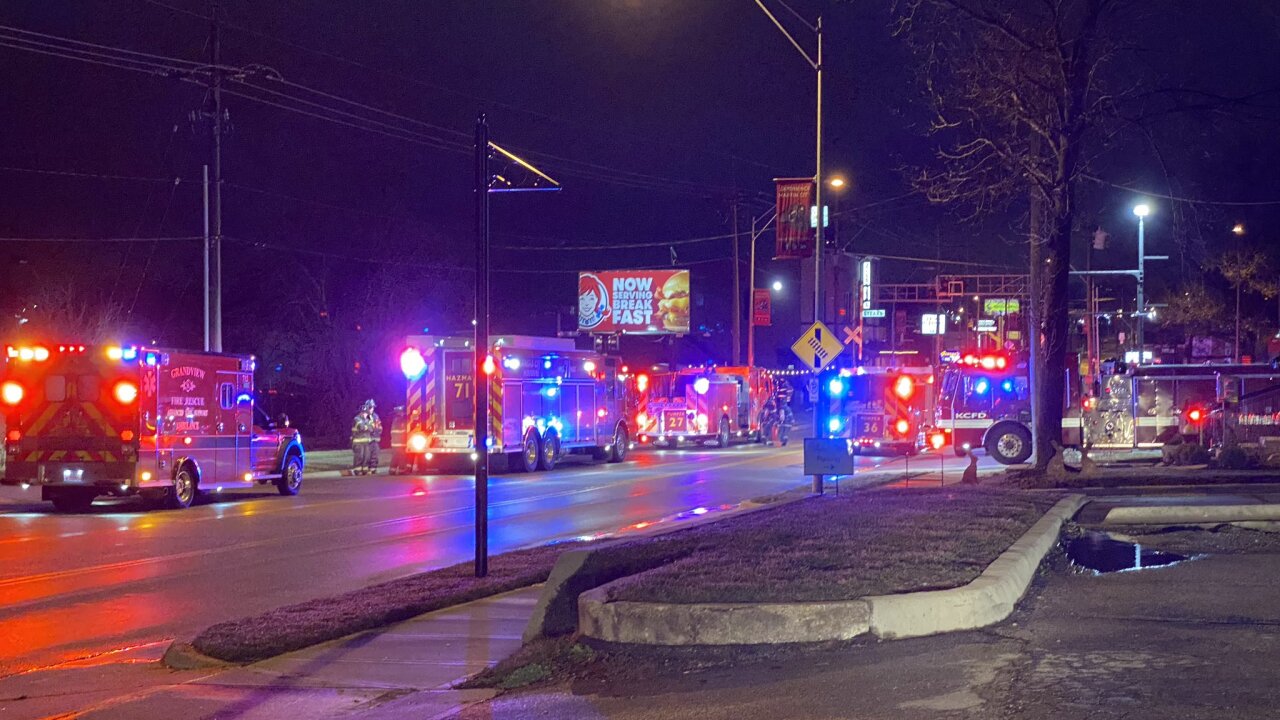 Crews stopped the train at West 135th Street and Holmes Road, secured it and then evacuated.

There were three locomotives and 73 rail cars, 23 of which were loaded, the spokesperson said. Some of the cars had hazardous material, but they were not affected by the fire, according to the spokesperson.

Two railroad workers on the train inhaled smoke. They were evaluated by medical crews and determined to be OK.

Roads in the area are now open.

UPDATE, 9:02 p.m. | Some businesses in the area are being evacuated.

A list of hazardous materials on the train is being provided to KCFD.

All crew members have been evacuated from the train.