Unique program creates harmony inside, outside the classroom 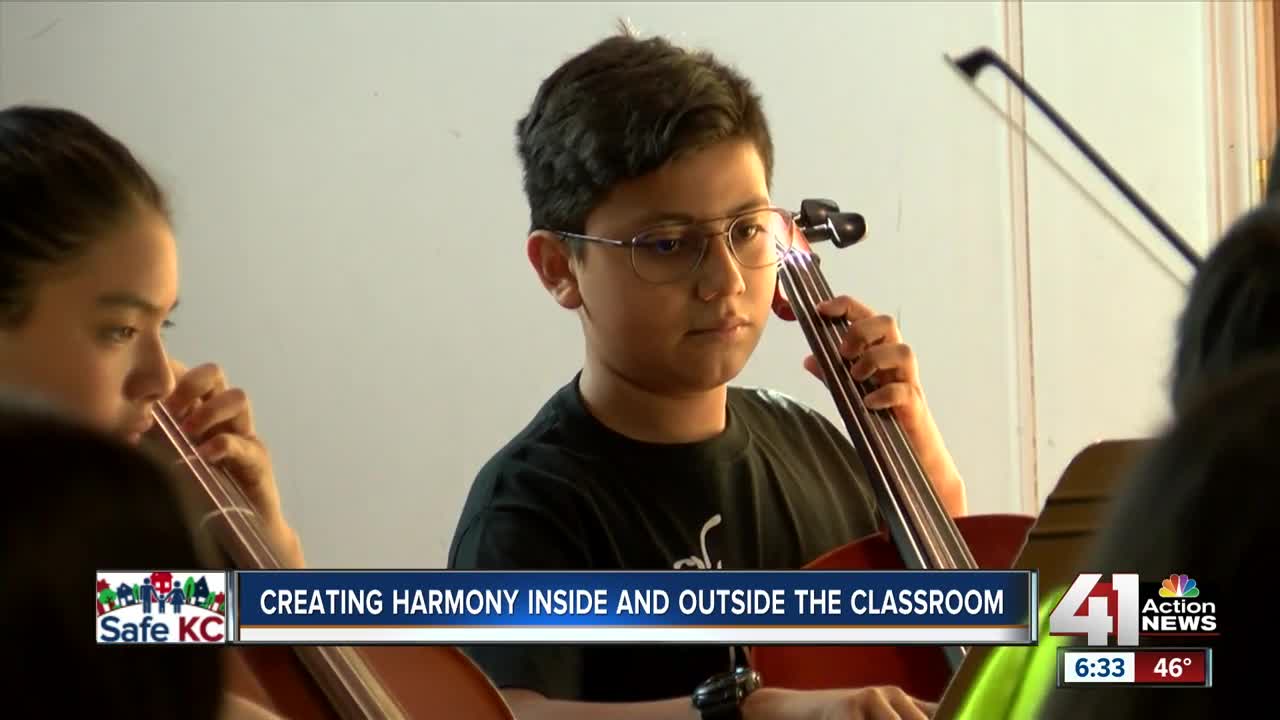 Harmony Project KC is tackling violence one note at at time. 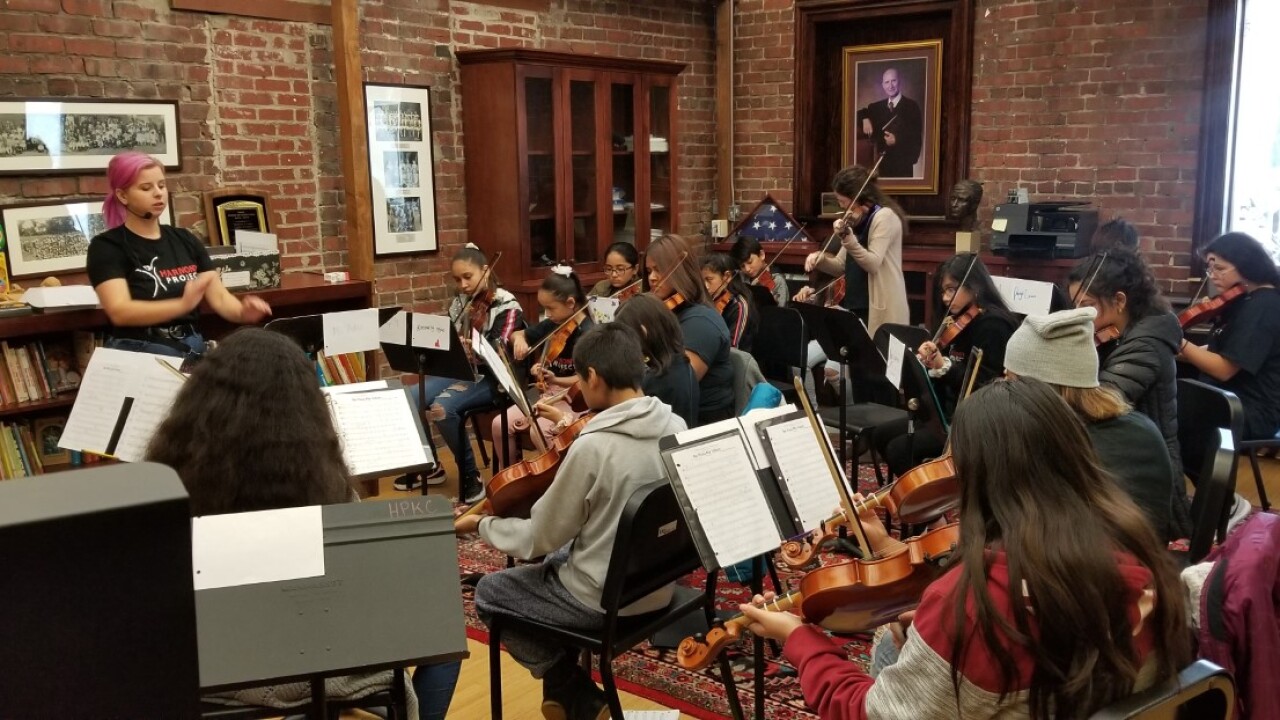 KANSAS CITY, Mo. — The sounds of violins, violas flutes and cellos are just some of the joyful noises you'll hear as you walk through Harmony Project KC's doors.

For nine-year-old Javeon Cruz, he's learning about singing in the choir and playing the recorder. Eventually, he wants to play the viola.

"I really thought I wouldn't know anything about music but since I came here, it taught me a lot of things," Cruz said.

It's the research-based program, Harmony Project KC, where he's learning; a unique program that introduces music to under-served students in the area.

"When we pulled the neighborhood families and asked them what they really wanted," Harmony Project KC Executive Director, Laura Shultz said. "They wanted after school activities to keep them off the streets because the northeast is still a high crime, high poverty area and these kids were pretty vulnerable when they're out of school."

Now they're tackling those issues. Within just a few months, Harmony Project leaders are seeing the results play a role in their students' education.

"It's incredible. We thought it would take five years to see results and within six months, some of these kids were taken out of special education," Shultz said. "66 percent of the children who were under-performing when they come here in school raise their grades in one year's time by one level.

It's a music lesson that's teaching students more than just the difficult notes.

Citlali Valdes, who's been playing the cello for two years, said the program has given her more self confidence.

"I used to be shy," Valdes said. "Now, with the instrument, I'm not as shy and I'm like more like, I'm more secure in myself."

It's a similar situation for 11-year-old Arely Quinones, who's been playing the violin for five years now.

"When I first got here, I was very shy...very very shy," Quinones said. "And then I was like, oh what do I do here. And so it helped me first of all, play the violin and not be shy around people and be myself."

For Cruz, he says he doesn't plan on stopping anytime soon.

Harmony Project KC has been hired by the Kansas City Public Schools District and is currently in a pilot program.

Shultz says the goal is to expand this program to as many schools as possible.