Inmates refuse to return to cells at Crossroads Correctional Center 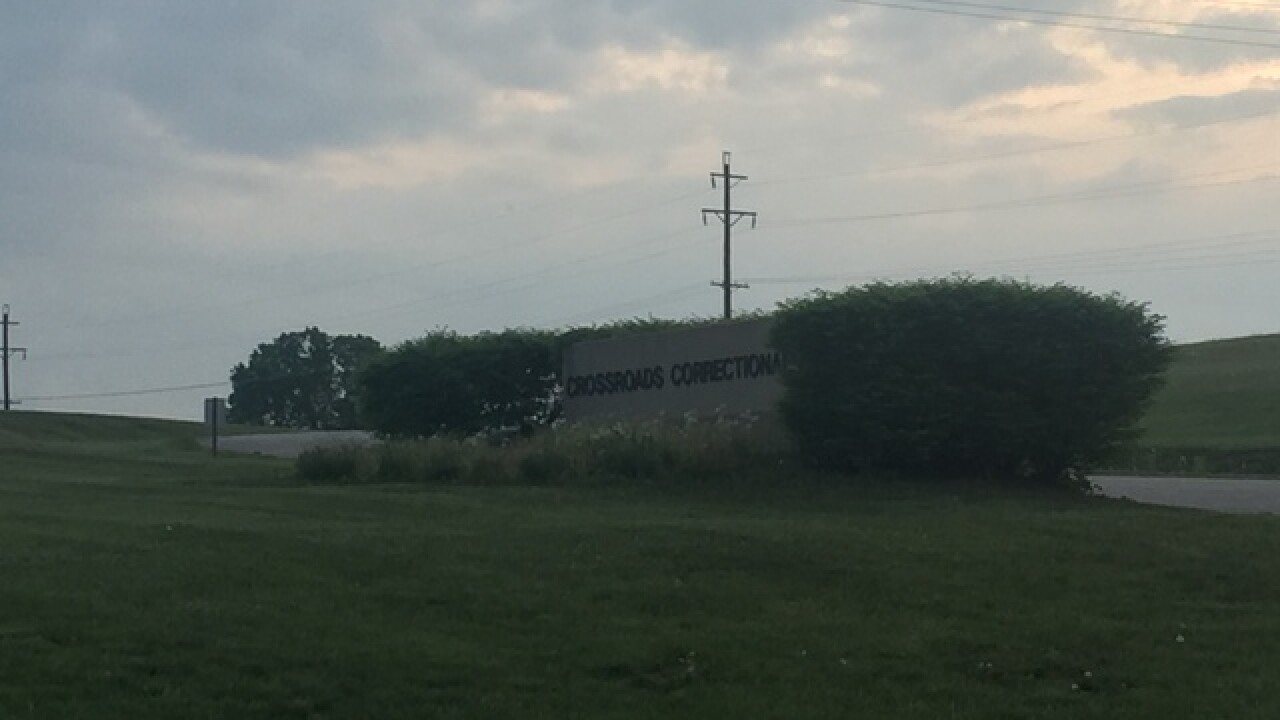 CLINTON COUNTY, Mo. - An estimated 209 inmates caused an "uprising" at the Crossroads Correctional Complex Saturday night, but no staff or inmates were injured.

Deputy Warden Courtney Schweder said the inmates refused to leave the cafeteria around 8:10 p.m.
There were about 40 guards working at the time.

Schweder says guards called for backup with area agencies per protocol, then began talking to the inmates, and slowly began to move them out of the area.

41 Action News spoke to the wife of one worker who was called in early.

She said he's been getting a lot of overtime lately and had predicted something was brewing within the inmate population.

"My husband knew something was going to happen," said Anna Vanderwood, who's husband has been through riots before.  "My husband was hurt in an incident once. They hurt his knee."

The deputy warden says staff routinely train for such situations.

The Department of Corrections will look at surveillance video, assess damage and continue to investigate what led up to this situation.

"Number one, we look at how many inmates there are and the reason why they don't want to go back to housing or living quarters," explained Schweder.

A worker at the center tells 41 Action News that the facility has been critically understaffed for months.

The DOC said statewide, they typically employ about 11,000.  Right now they are about 500 people short.

The center was returned to normal around 2:00 a.m., according to the DOC.  However, visitation was canceled on Sunday.

Vanderwood said her husband has the rule to avoid conflict.

"Respect them and they will respect you," said Vanderwood.

Staff will continue to investigate what caused the uprising.