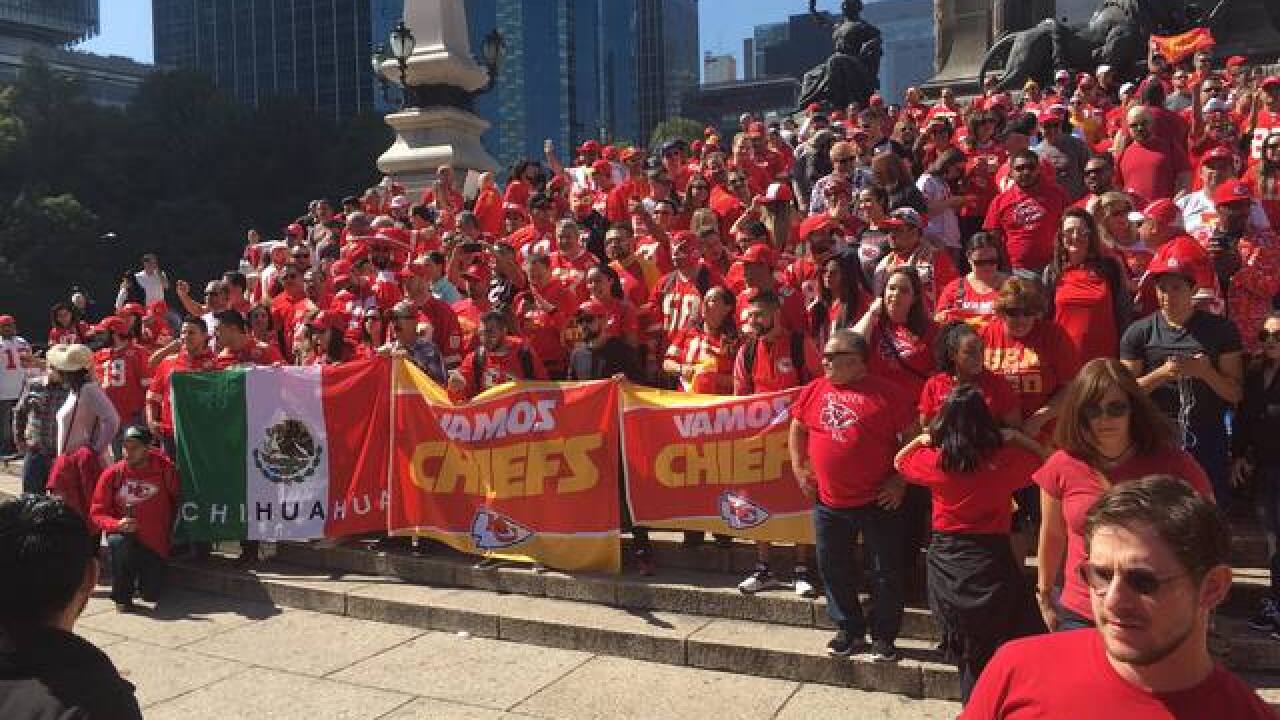 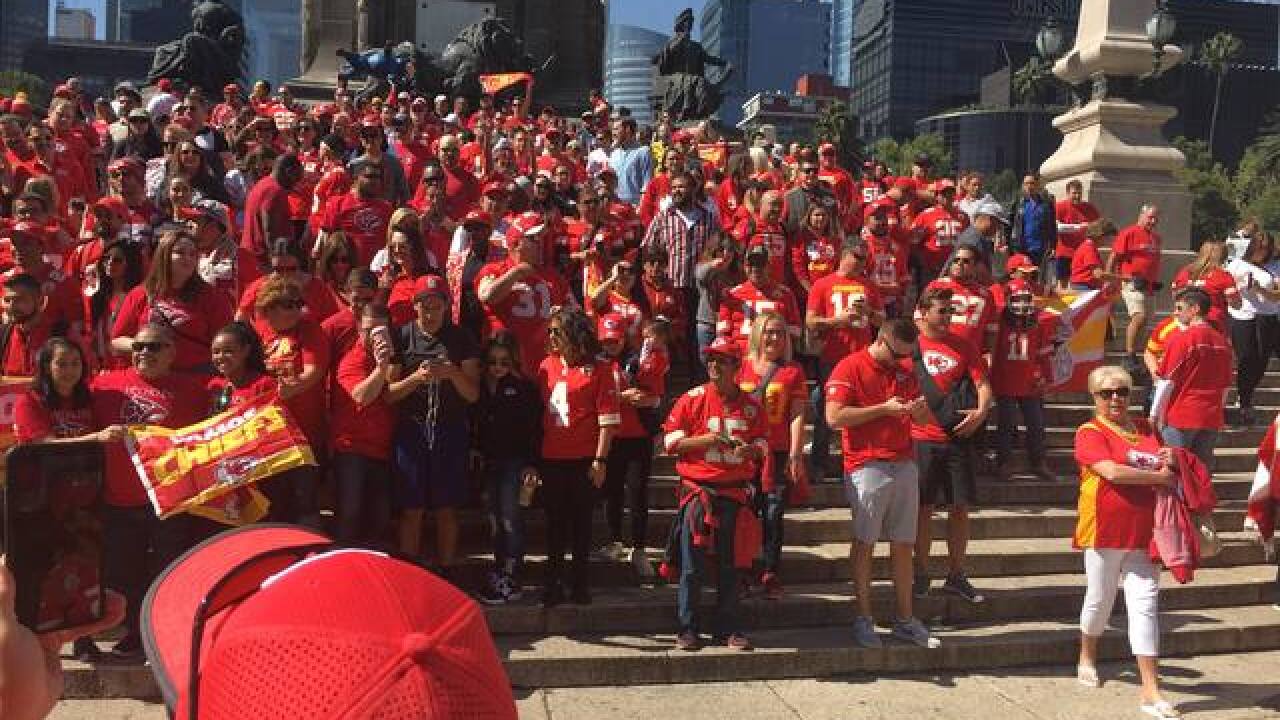 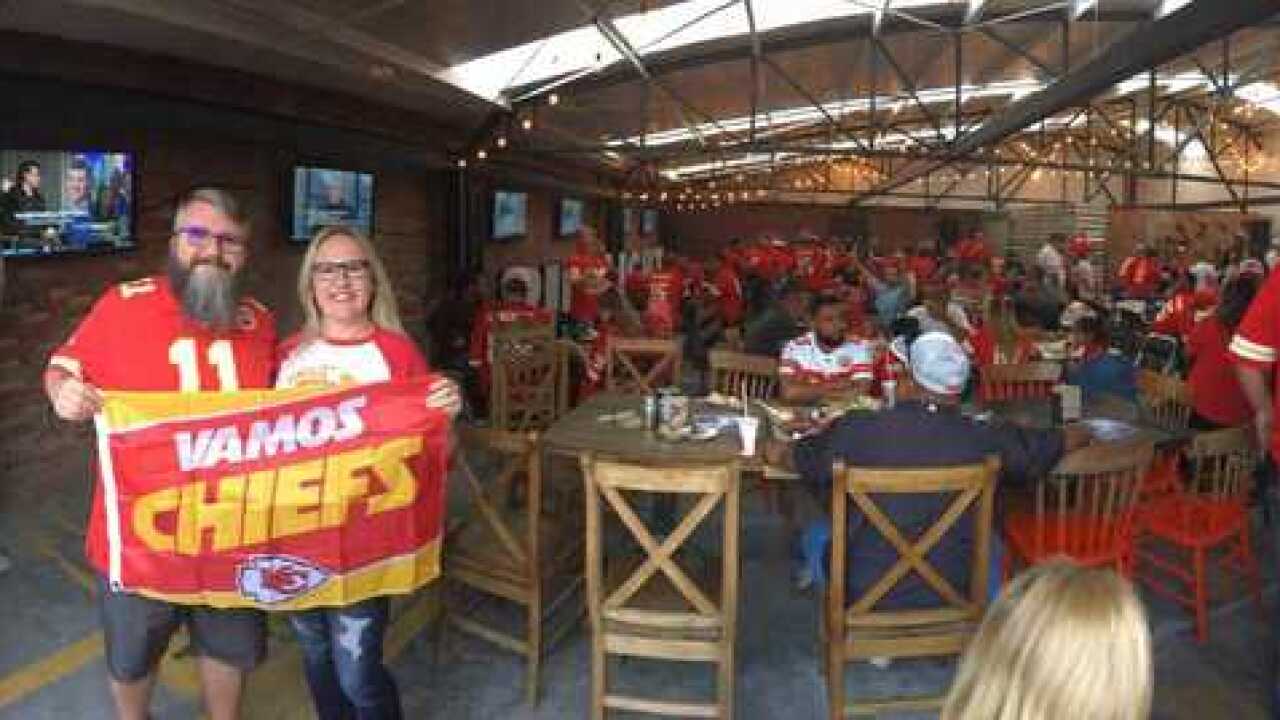 KANSAS CITY, Mo. — Despite the NFL moving the Chiefs game from Mexico, dozens of Chiefs fans gathered in Mexico City on Monday.

They all got together to take a picture at the Monumento a la Independencia.

“It was really cool being there with so many Chiefs fans,” said Charren Smith. “It gave me the chills. Glad we made the trip down here.”

41 Action News talked with Smith last week after the league moved the game due to poor field conditions at the stadium in Mexico.

At the time she said, “I almost cried.” Smith and her husband spent $2,000 to make the trip to Mexico City for the game.

For the game, Smith, her husband and several other Chiefs fans met up once again at a BBQ restaurant in Mexico City. Smith says the owner of the restaurant was supposed to do some catering for the game, but once it was moved decided to host a watch party for fans.

Smith also says a representative with the Chiefs showed up at the watch party and bought everyone drinks.

"I think everyone was excited when that happened," said Smith. "That's really cool of them to do that."

On Monday, Smith said the league refunded their money for the game tickets.

Also on Monday, the NFL confirmed it would return to Mexico City for a game in 2019. The date, time and teams are all to be announced.