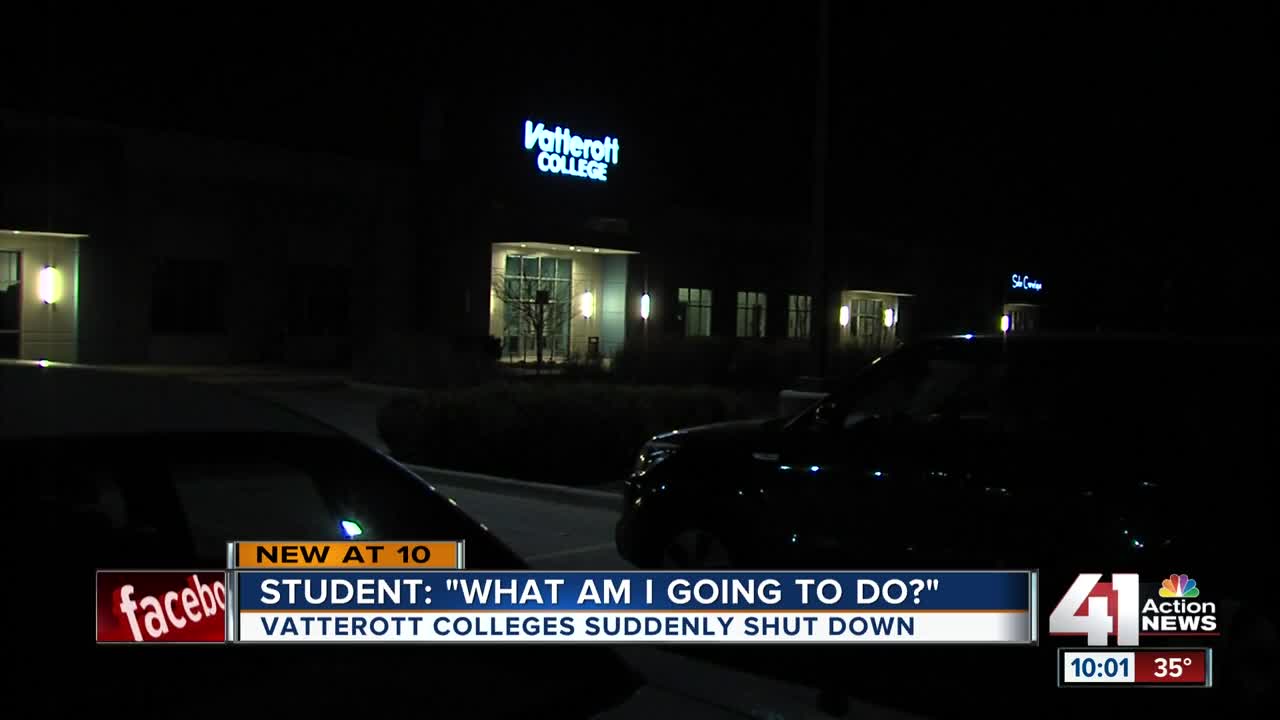 Vatterott College announced Monday it was closing all of its campuses – including two L’Ecole Culinaire locations in Kansas City and St Louis, citing financial shortcomings. 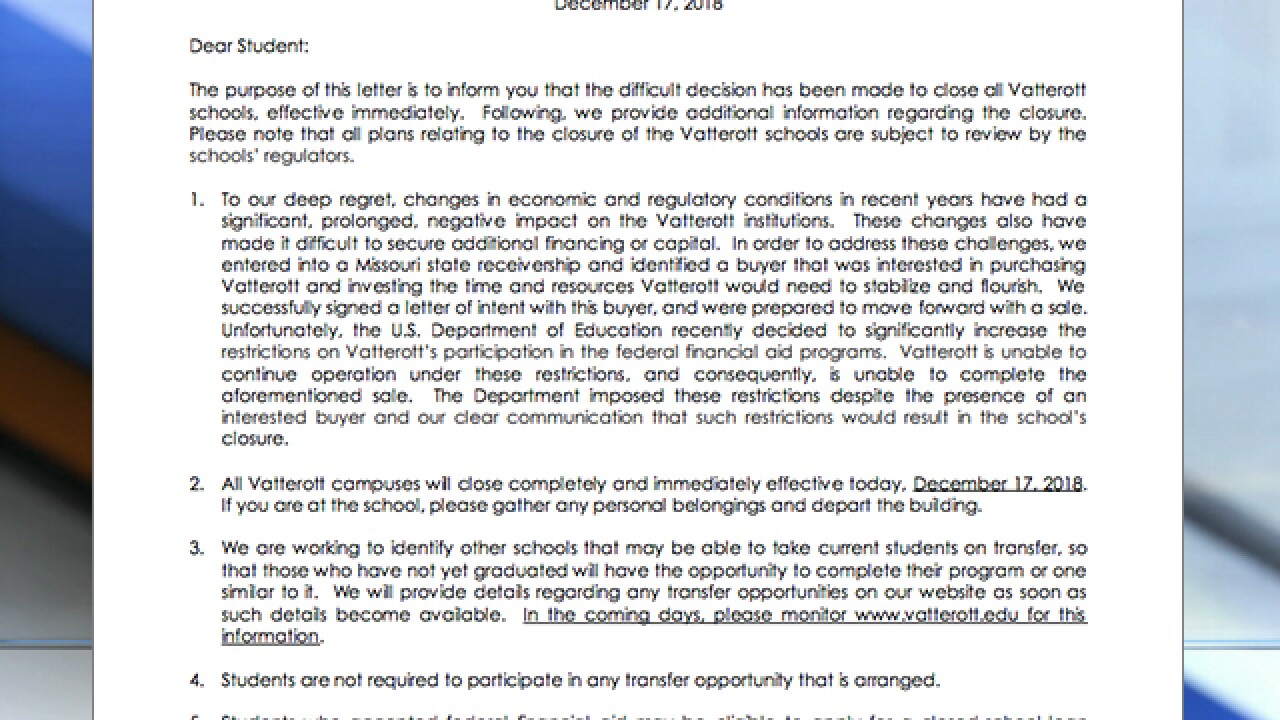 In a letter to students, Vatterott said the closing would take effect immediately and put the blame on an inability to close a deal with a buyer due to what the college said was an increase in restrictions imposed by the U.S. Department of Education.

“We successfully signed a letter of intent with this buyer, and were prepared to move forward with a sale,” the company said in a statement. “Unfortunately, the U.S. Department of Education recently decided to significantly increase the restrictions on Vatterott’s participation in the federal financial aid programs. Vatterott is unable to continue operation under these restrictions, and consequently, is unable to complete the aforementioned sale.”

The Missouri Department of Higher Education posted on its website a list of resources available to students affected by the sudden closure.

Preston Maggard, who studied welding for nearly two years, was supposed to accept his diploma in just a few weeks.

"The way that I see it is I've put in a lot of time and effort into something I want to do as a career just to be kicked to the side," Maggard said.

His friend Greg Salmon received his degree in October but said he still hasn't been given his actual certifications for welding.

"I kind of feel like I went to school for two years, and I've got a blank paper right now," Salmon said.

The news also came as a shock to the auto students 41 Action News found gathered in the parking lot of the Vatterott campus in the Northland.

"I think my tuition total is almost $37,000," said Tyler Doty, who had only three classes left for her degree.

While the students feel like a tight-knit family, they certainly don't think the administration at Vatterott College has treated them as such.

"To say the least they treated us like the evil redheaded stepchild that nobody wanted," student Nikkie Nilsen said.

All hope may not be lost for students with tuition money paid to the school. Here's what you need to know: