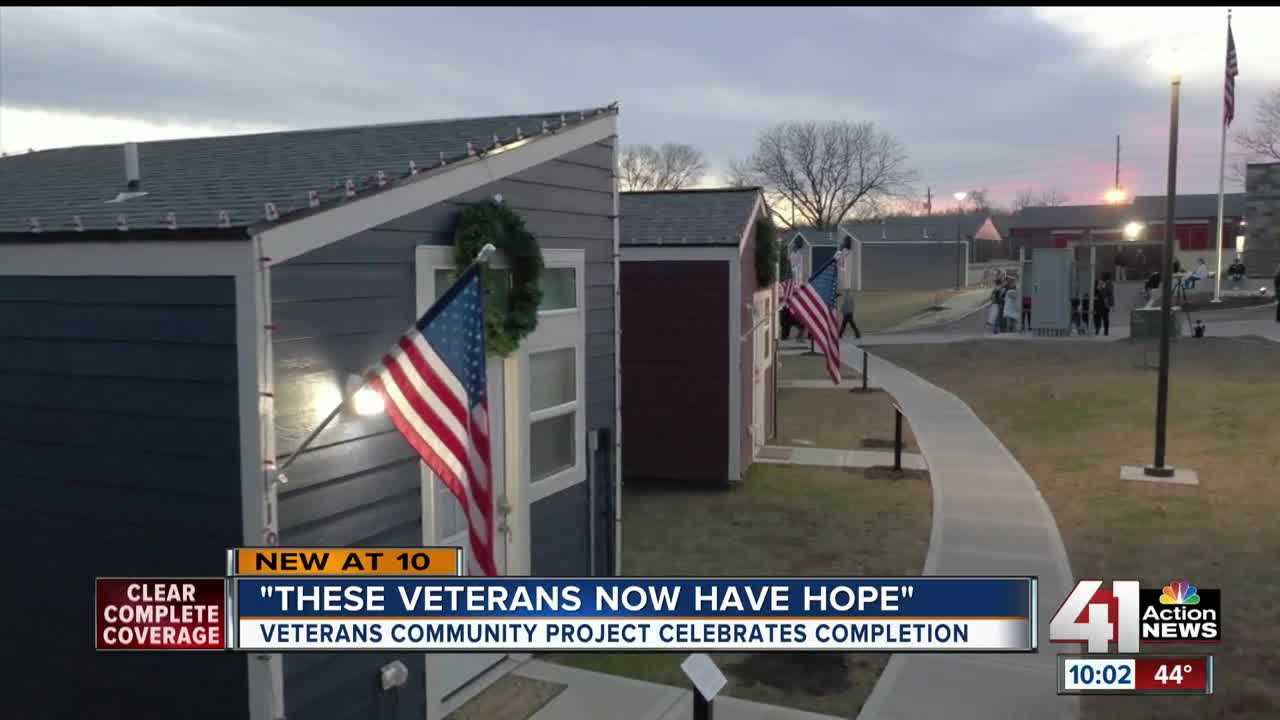 With the flip of a switch, the Veterans Community Project is celebrating the completion of its tiny home village at East 89th Street and Troost Avenue. 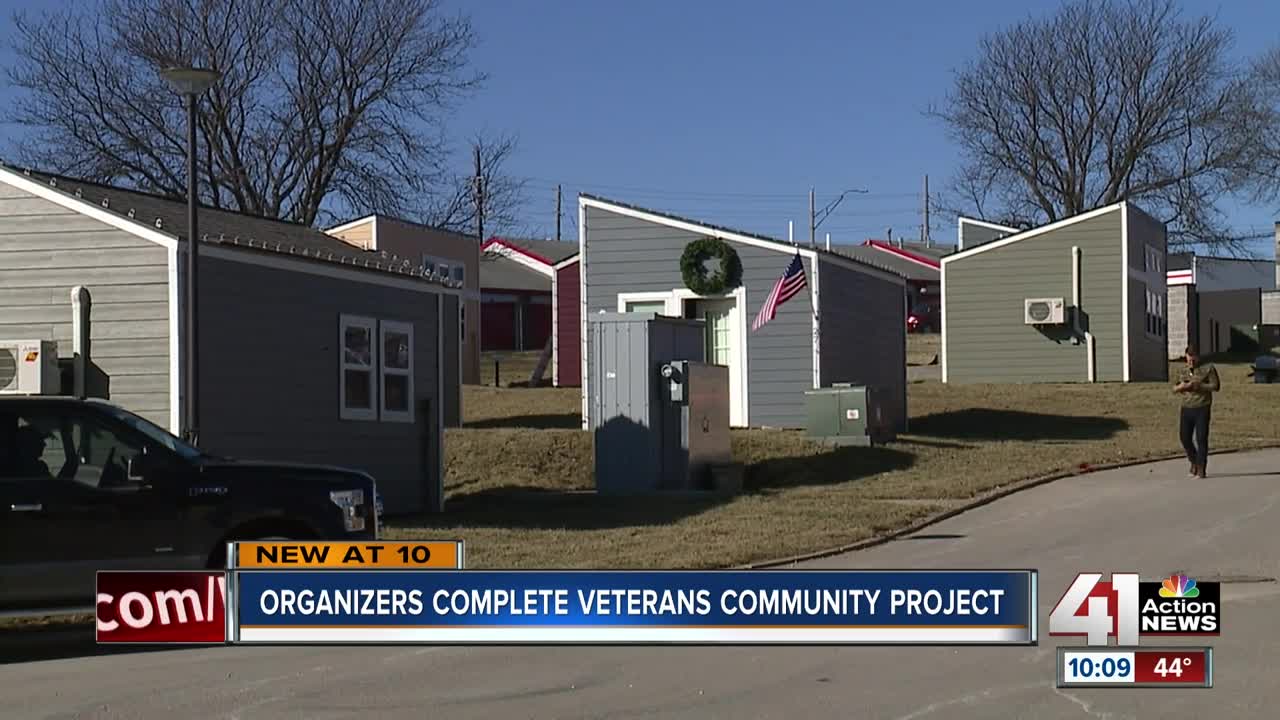 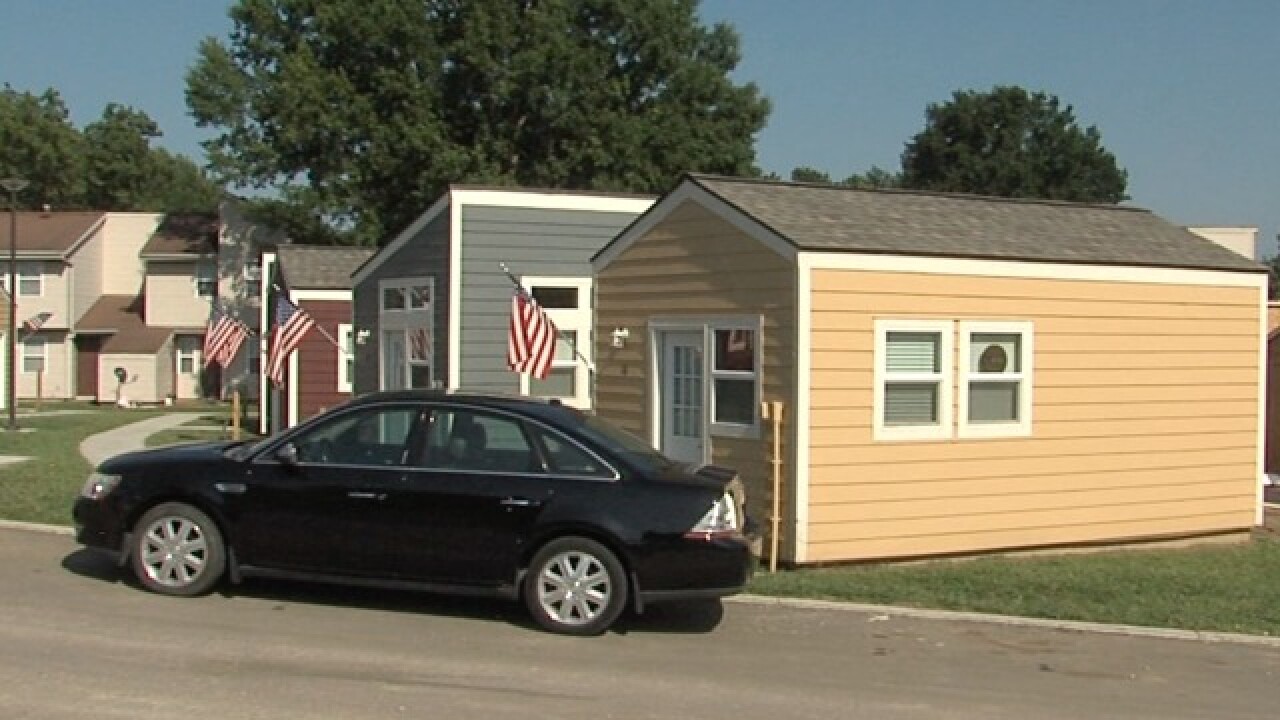 KANSAS CITY, Mo. — With the flip of a switch, the Veterans Community Project celebrated the completion of its tiny home village at East 89th Street and Troost Avenue.

The milestone was years in the making. What started as a mission to house homeless veterans has grown into a full suite of support services, from medical care to free bus passes.

The Veterans Community Project, or VCP, was founded in November 2015 and the first home was planted at the site in April 2016.

Fast forward another two years, and the project reached another major milestone — completion.

To date, there are 49 tiny homes on the property and a full-service community center with everything from a dental and medical office to a veterinary clinic, but Chief Project Officer Brandonn Mixon said the “mission is not done.”

“Our mission is not done until we solve homelessness for every veteran in the United States,” Mixon said.

In 2019 alone, 44 homeless veterans were housed at the VCP and 13 successfully transitioned out. More than 5,000 meal kits were distributed and 4,000 bus passes provided over 2 million free rides.

Sergeant Eric Bishop. who lives in one of the tiny homes, told 41 Action News that the VCP "threw me a lifeline."

“It's the first time I've ever had a life line thrown to me and I took it,” Bishop said.

More than 37,000 veterans “experienced homelessness” in January 2019, according to the point-in-time count conducted by the U.S. Department of Housing and Urban Development.