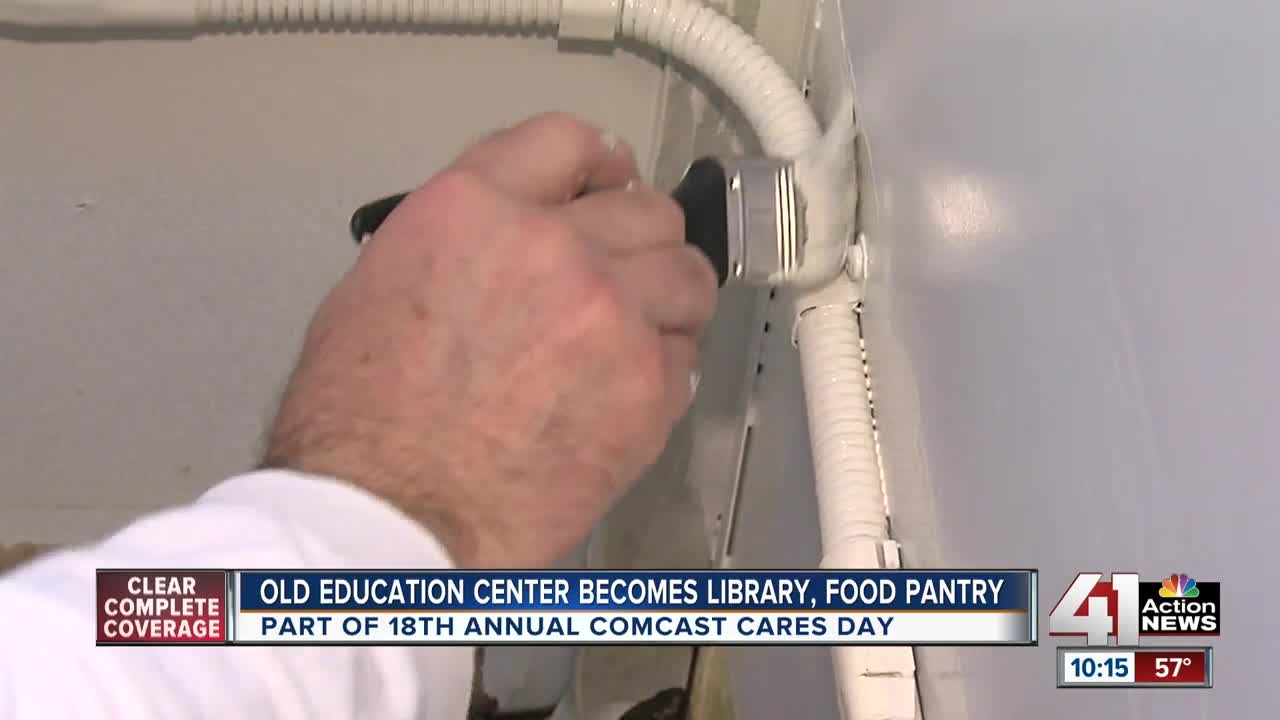 Volunteers began to transform a former Fort Osage early education center into a library and food pantry Saturday, which the Community Services League will operate in northeast Independence, as part of the 18th annual Comcast Cares Day. 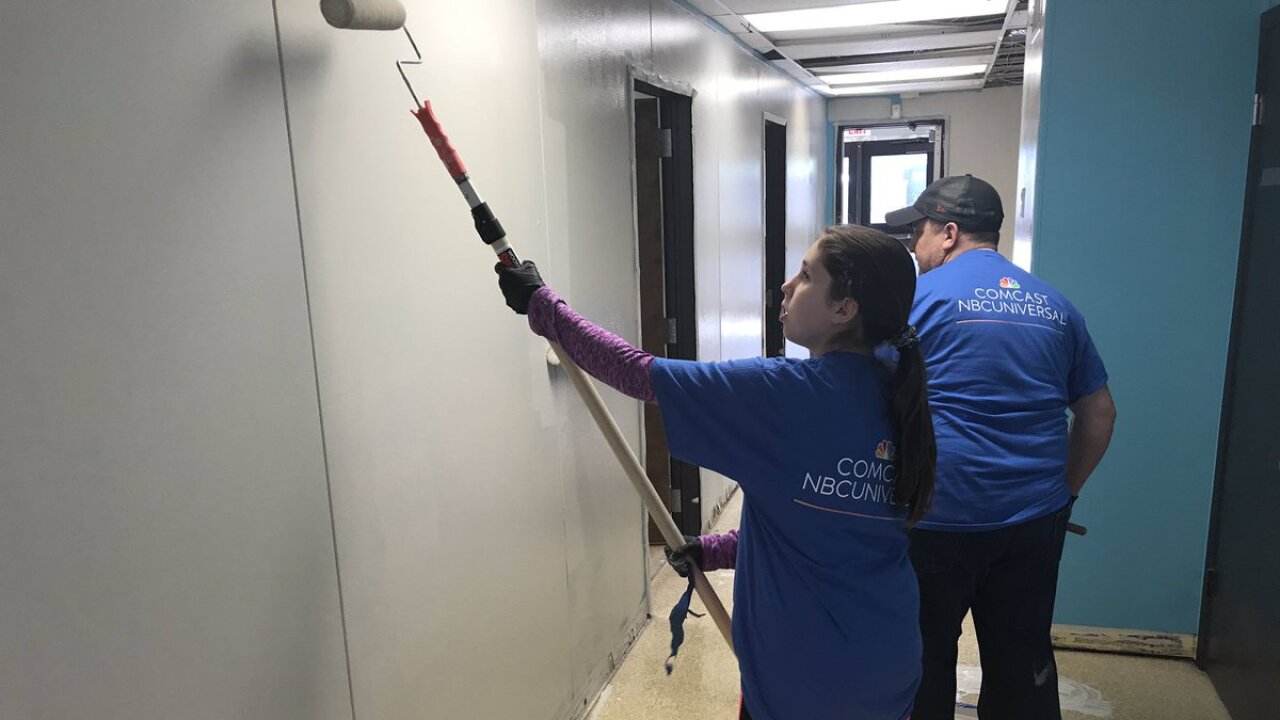 INDEPENDENCE, Mo. — Volunteers began to transform a former early education center into a library and food pantry Saturday, which the Community Services League will operate in northeast Independence.

Employees from Comcast helped make it possible as part of the 18th annual Comcast Cares Day.

The cable company's employees and their families painted walls, cleaned the premises and replanted the garden.

“It's important because we live in the community we work in as well,” said Jeff English, area sales manager for Comcast.

The Fort Osage School District owns the building near Missouri 24 and Viking Drive. It had been used as an early education center before a new facility opened this year.

Now, the Community Services League will open a food pantry and a branch of the Mid-Continent Public Library inside the building.

“The icing on the cake is Comcast employees leading up to this event did a huge food drive and I think they collected more than 5,000 food items to start our food pantry, so our shelves will not only be up, but they will be fully stocked today,” Community Services League President and CEO Doug Cowan said.

The center is expected to open in June.