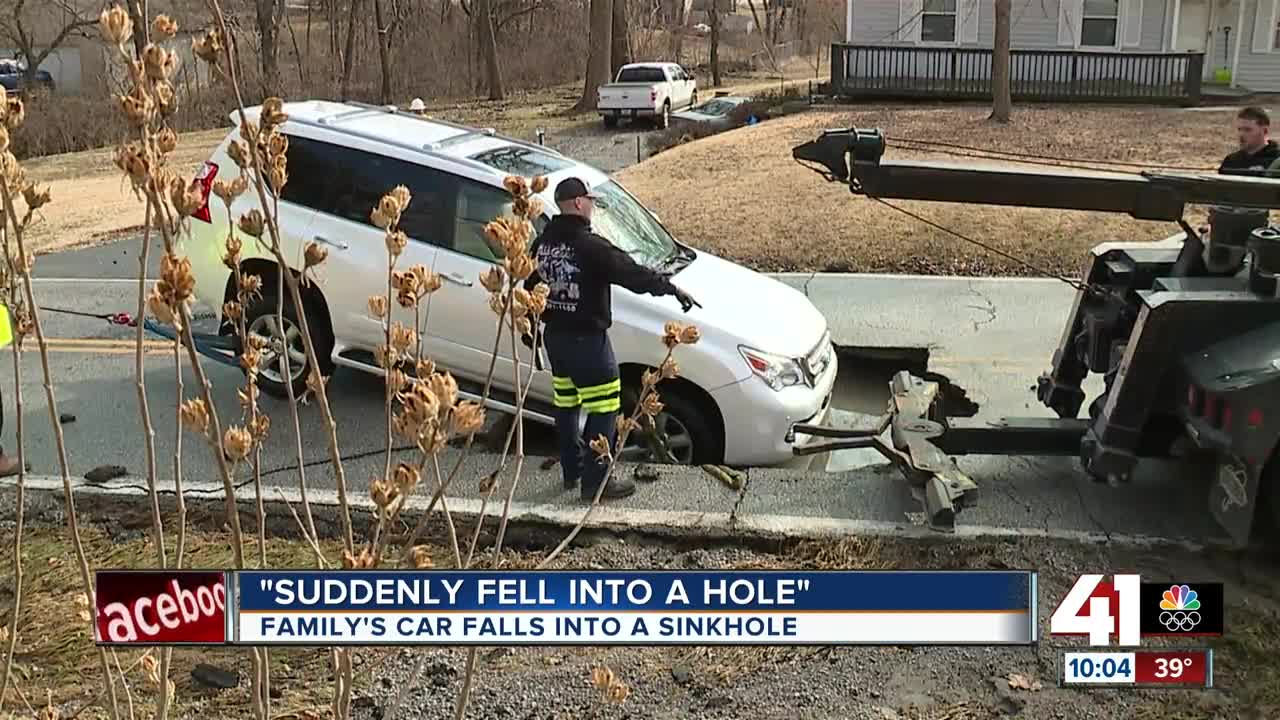 A water main break in the Northland sunk a car into the pavement Monday afternoon. 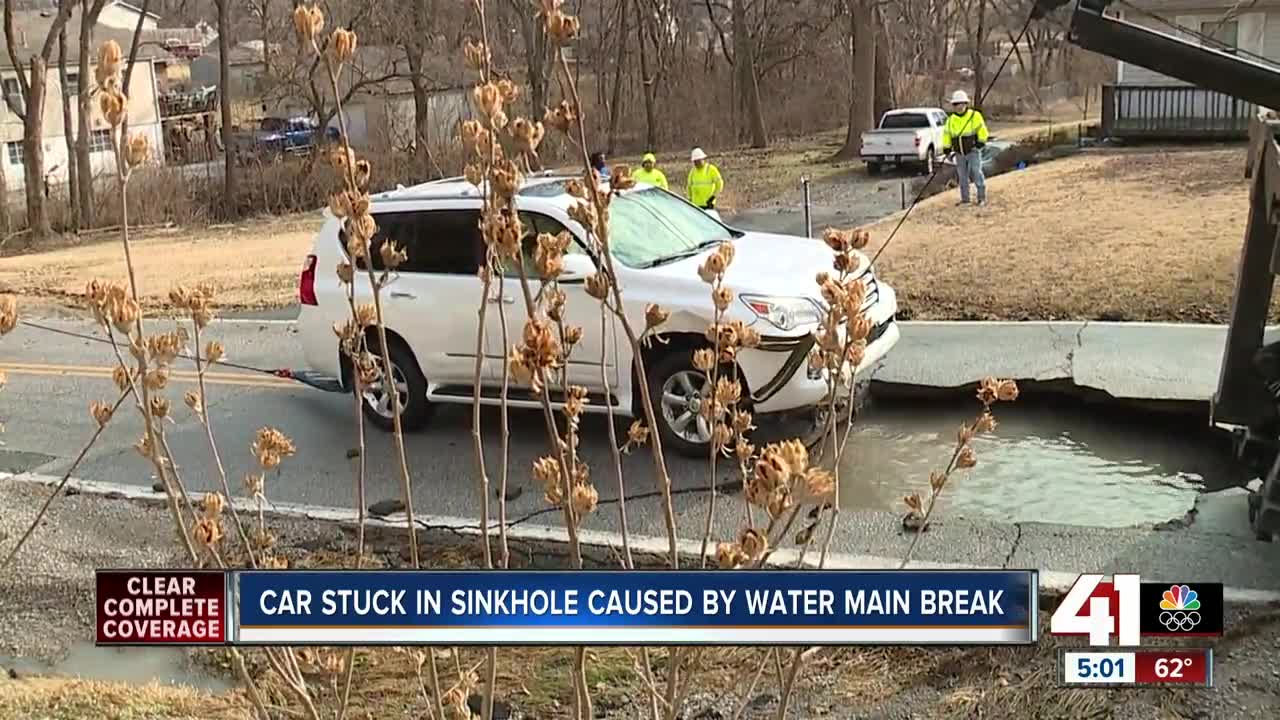 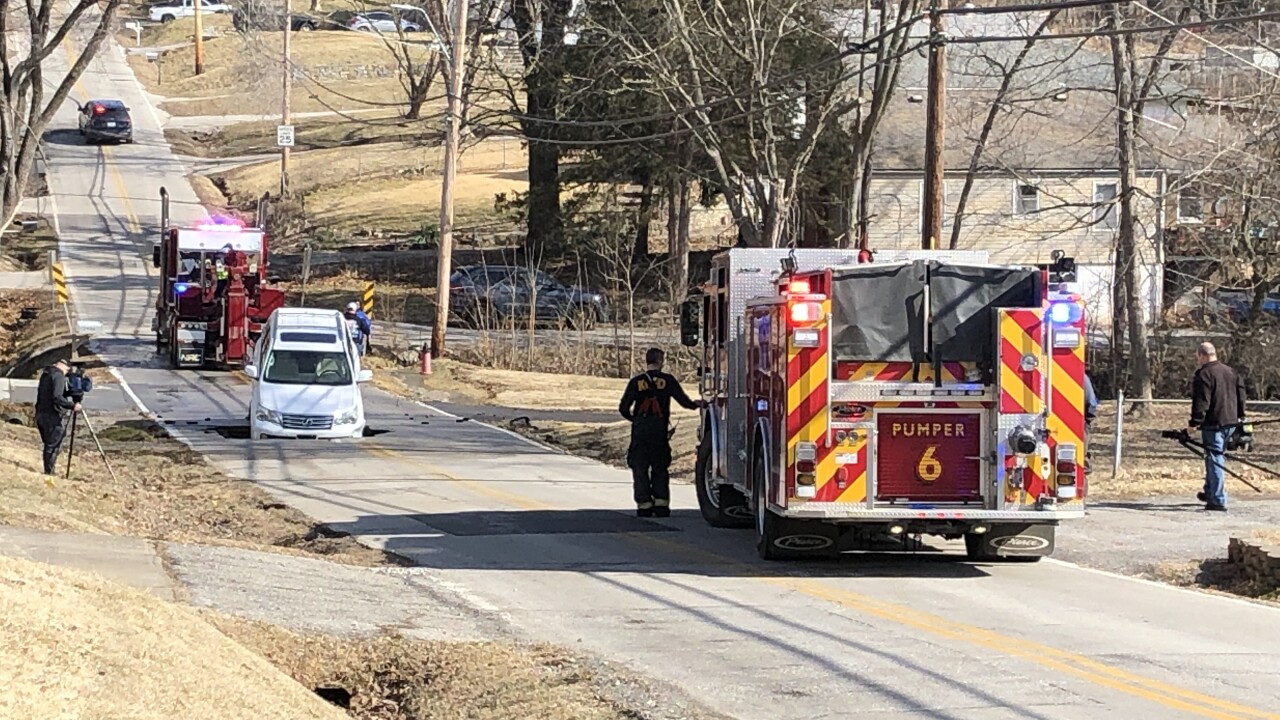 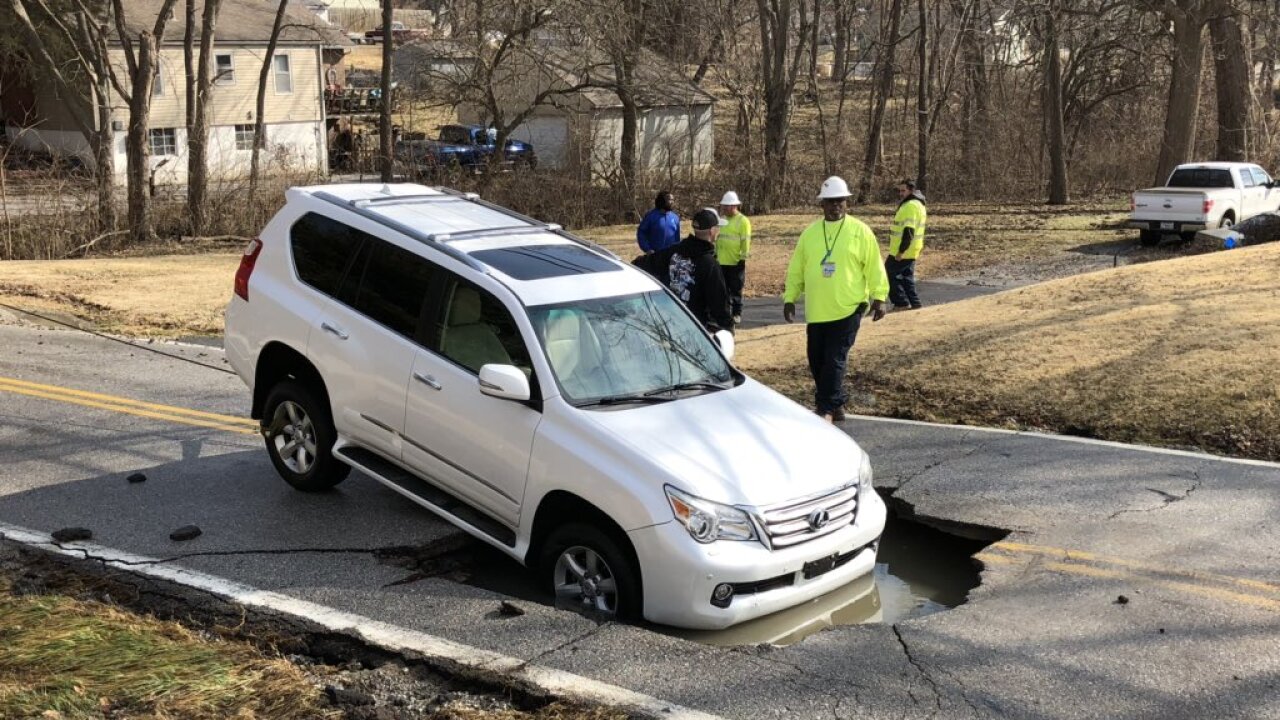 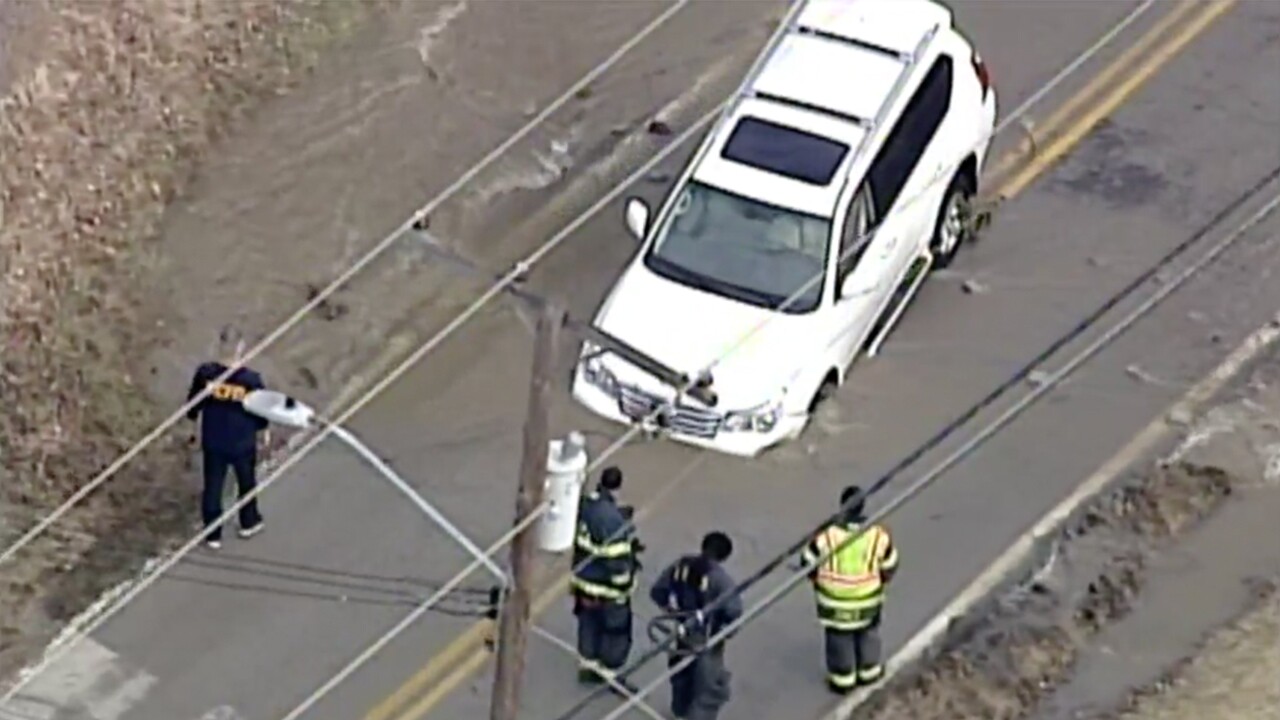 KANSAS CITY, Mo. — A water main break in the Northland sunk a car into the pavement Monday afternoon.

It happened in the 2900 block of East Russell Road, near the intersection with North Kansas Avenue, in Kansas City, Missouri.

Video from Skytracker showed water freely flowing along and across the street.

The video showed the road had collapsed underneath a white SUV.

"It was pretty nerve racking," Dominick Decaria said. "We were just in the car, going about our ordinary way and all of the sudden the car fell into the hole. We could tell the car (was sinking) lower and lower as the ground was getting washed away."

At the time, Decaria was in the car with his wife and two young children. They were able to climb out of the car, which was sunken into the ground up to the tops of its tires.

"We weren't sure what was going to happen," he said.

Several emergency crews were on the scene, including several KC Water vehicles.

KC Water said the main that broke was 8 inches wide, and eight customers were affected.

Crews remained on scene to repair the line, but neighbors told 41 Action News that water main breaks have been frequently on Russell Road.

"They come in and repair what they can, they put a patch on it and fill everything back in and blacktop over it," said Robert Zahnter, who lives across the street from the sink hole. "Something needs to be done."

KC Water said Tuesday that it's a high priority to replace mains from Chaumiere Road to 43rd Street on Northeast Russell Road this year.

A spokesperson said the one that broke on Monday was an old main that needs to be replaced.