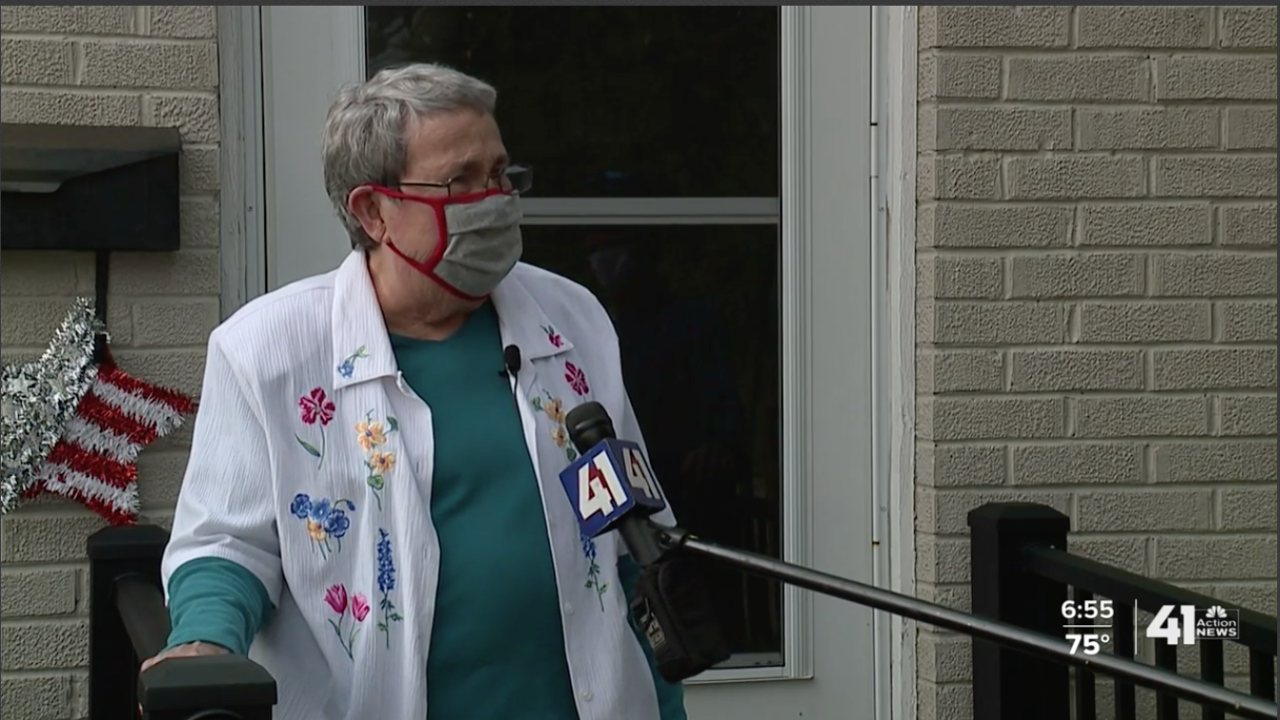 KSHB
Navy veteran Kathleen Padelli receives a new roof from Shamrock Roofing and Construction after winning a contest for veterans and first responders.

KANSAS CITY, Mo. — A 79-year-old Navy veteran recently received a new roof for her home, thanks to a Lenexa construction company.

Shamrock Roofing and Construction announced on Tuesday that Regina Carey was the winner of its Roof for a Hero contest.

"I thought about going to assisted living or something, but I've stayed here for an assortment of reasons," Carey said, "and I thought, 'Well, I don't know how much longer I'll be able to stay.' I had to replace the furnace and the air, and next thing to go was going to be the roof, 'cause it's getting pretty old."

Carey's daughter submitted her mother's name for the contest.

The Navy veteran's family said they are grateful to have one less obstacle preventing Carey from keeping her home.

The contest began in 2017 as a way for Shamrock Roofing to honor veterans and first responders.