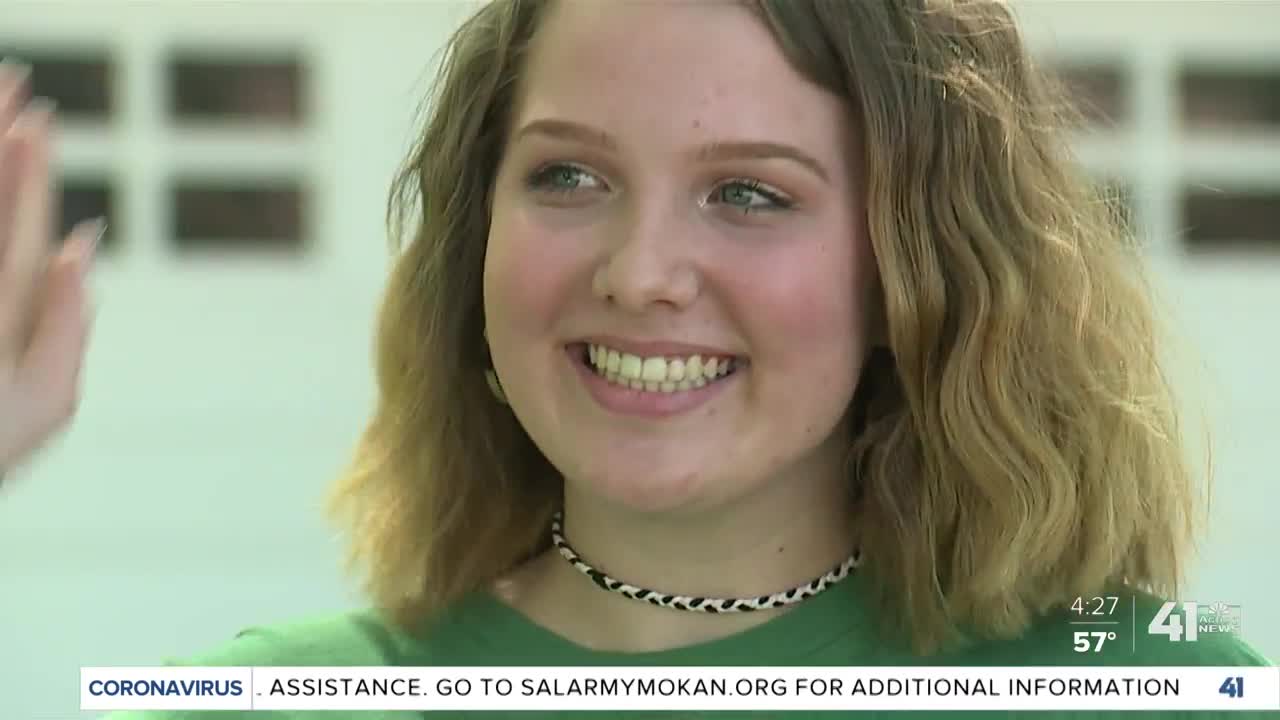 After volunteering at a Riverside food pantry for nearly a year, 16-year-old Allie Caldon wanted to do more to help those who are food insecure during this pandemic.

KANSAS CITY, Mo. — After volunteering at a Riverside food pantry for nearly a year, 16-year-old Allie Caldon wanted to do more to help those who are food insecure during this pandemic.

So, Caldon and her family launched a Facebook fundraiser on May 1, but she decided to put a twist on it. If she could raise $5,000 by 7 p.m. on May 4, she said she'll shave her head live on Facebook.

"During quarantine I've not been able to go there because they have a limited amount of volunteers," Caldon said. "So, I decided I wanted to be able to raise more money to give to Mimi's Food Pantry and being able to do that, I can do that at my house. So, I thought why not do a fundraiser and shave my head for a laugh while I raise money for a good cause."

As of 6:45 p.m. Caldon was still short of the $5,000 goal, but Caldon told 41 Action News she might shave her head regardless of reaching her goal.