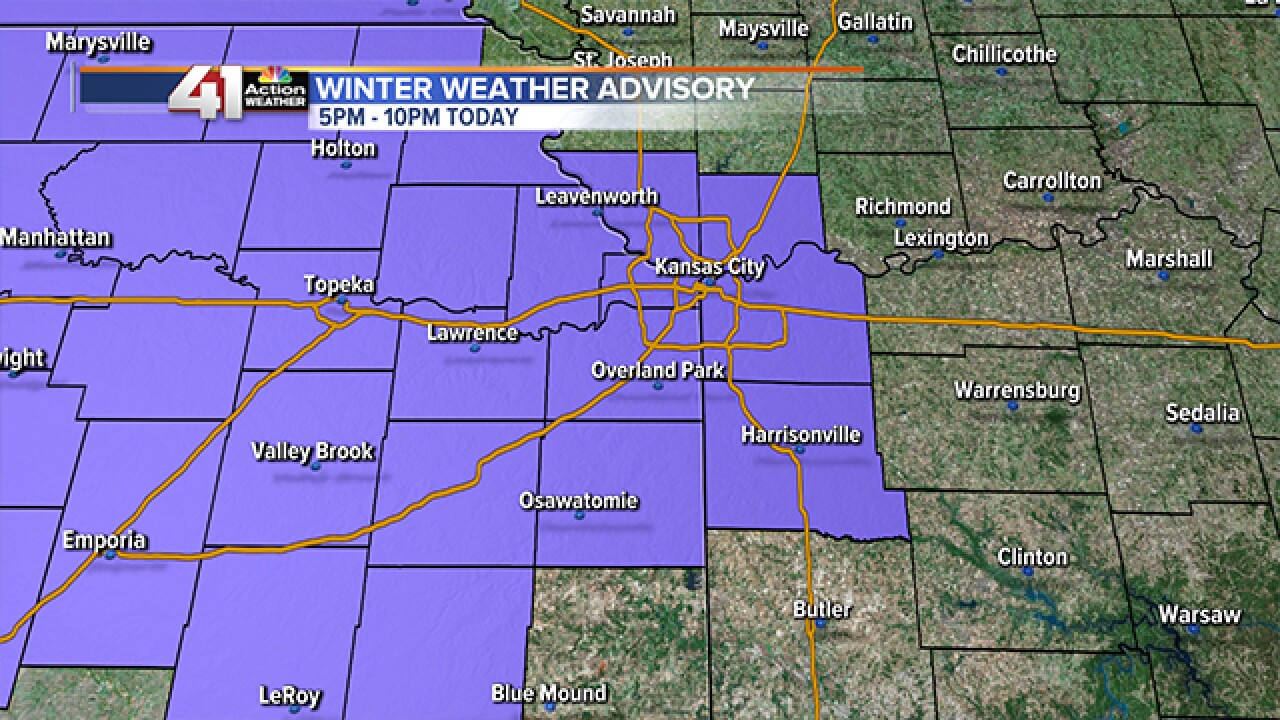 KANSAS CITY, Mo. – The possibility for snow Thursday during the evening rush hour led the National Weather Service to issue a winter weather advisory for the Kansas City metro area.

The advisory runs from 5 p.m. to 10 p.m. and includes the entire metro area.

41 Action News meteorologist Lindsey Anderson said light snow showers should move into the metro from west to east throughout the afternoon, but the possibility of accumulation won't increase until later.

Check out the breakdown on the snowfall arrival & amounts you can expect! pic.twitter.com/SYoovYnEJ2

The National Weather Service said in its advisory that visibility will decrease as snow showers move in.

Officials for cities across the metro said they are monitoring road conditions and are prepared to treat roads as conditions deteriorate.