People like Syed Jamal are told not to touch the floor, or the game is over.

“In his case, he doesn't think he's touched the floor until Immigration comes back and says wait a minute, remember when we told you that you didn't touch the floor? You actually did touch the floor,” said Sharma-Crawford.

In order for Jamal to become a citizen, he first needed to get a green card.

That process can take years.

Here’s a look at some of the different paths a person can take to receive a green card, as well as some of the pitfalls that can set them back or send them packing. 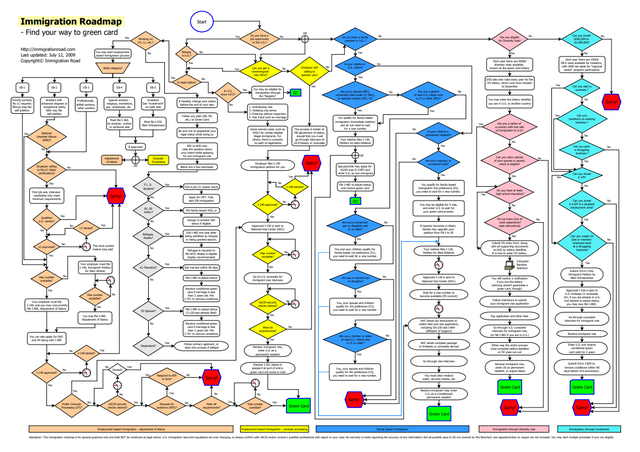 Sharma-Crawford, Jamal's attorney, said in terms of getting a green card, generally, there are only so many ways to do it.

After a person applies, they have to wait. Sometimes for more than a decade.

Here’s a look at the Visa Bulletin for February 2018 for the family-based process. It shows the different countries and the different family-sponsored preferences.

The dates shown next to each category is when people currently being processed applied.

It shows that people from the Philippines who applied for visas as brothers or sisters of adult U.S. Citizens on October 1, 1994, are just now being processed in February of 2018.

That’s an example of how long it can take to file your paperwork to get a green card.

It should also be noted that people that file can still get denied.

Sharma-Crawford said if a person is in the United States while they are waiting for their chance to file for their green card, they must stay in what’s called "status."

To stay in status many people apply for non-immigrant visas such as a student visa or an H1B visa.

This put the person in status which essentially means they are legally in the country.

In Jamal’s case, he had been on a student visa and then on an employment visa. When his job ended, he applied for a different visa and was approved.

"Then years later he files something else to shift to something else... and they go 'Oh, wait a minute. We got this part wrong,’” said Sharma-Crawford.

Which meant that Jamal was in the U.S. on an expired visa for a time that had already passed.

"He didn't know until 2 years later when he tried to apply for his green card,” said Sharma-Crawford.

But by that time, it was too late. The sinkhole was a permanent part of his status.

"Well, now he's got this sinkhole and, no matter what he does in the future, he can't fix that status based on an employment-based because they're going to go 'well you have a sinkhole'... but he didn't create the sinkhole, in fact he did everything he could to try and not have a sinkhole,” said Sharma-Crawford.

So now, Sharma-Crawford said there is not a path that allows Jamal to legally get his green card through an employment-based process because there is a defect in his history.

When that defect was discovered in 2012, he wasn't immediately able to be sent back to Bangladesh because the Bangladesh embassy would not give a travel document.

That’s why Jamal was put on an order of supervision, which is essentially like probation.

In the meantime, his brother applied for a family-based visa for him… but that takes a long time to go through.

Sharma-Crawford said an order of supervision can last for years, in Jamal’s case it lasted 6, but while you are on it, you are regularly checking in with Immigration officials.

Sharma-Crawford believes the lack of notice Jamal was given about being deported is one of the largest issues. She said since he was obeying his supervision, it would have been appropriate to give him time to sell his house, get his affairs in order and figure out the future for his family.

Since Jamal was out of status for more than a year, if he loses his appeal he will have to leave the country for at least 10 years before trying to get back in.

Only after getting a green card would Jamal be able to consider taking on the process to become a U.S. citizen, however, he would not necessarily have had to as green card holders are lawful permanent residents.