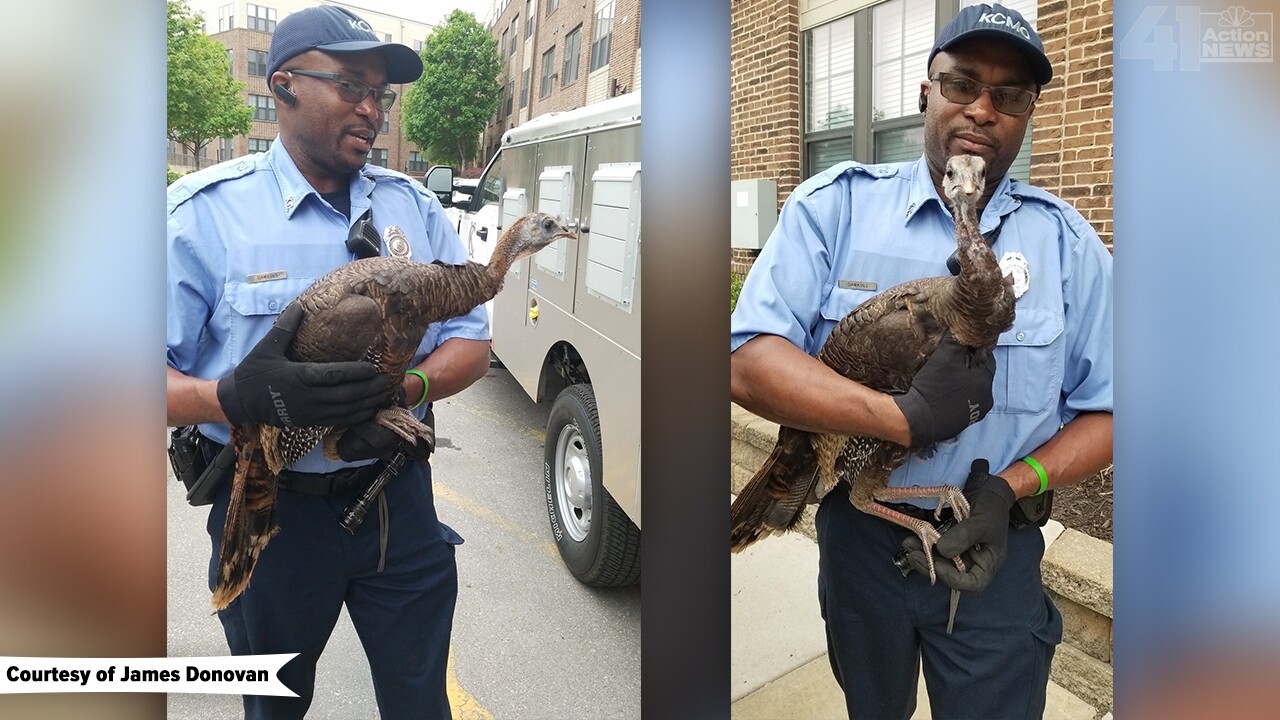 They found it near 2nd and Wyandotte around 9 a.m. after receiving reports from the mayor’s office.

Officers were dispatched and met with maintenance staff from a nearby apartment complex, who showed them where the turkey was located.

The turkey was captured and will be taken to Lakeside Nature Center for evaluation.

We did our best, but ultimately we had to leave turkey catching to the pros at @KCMO Animal Health & Safety. We'll stick to catching people who act like donkeys (insert PG-13 curse word). pic.twitter.com/7k8Hc8wNiW