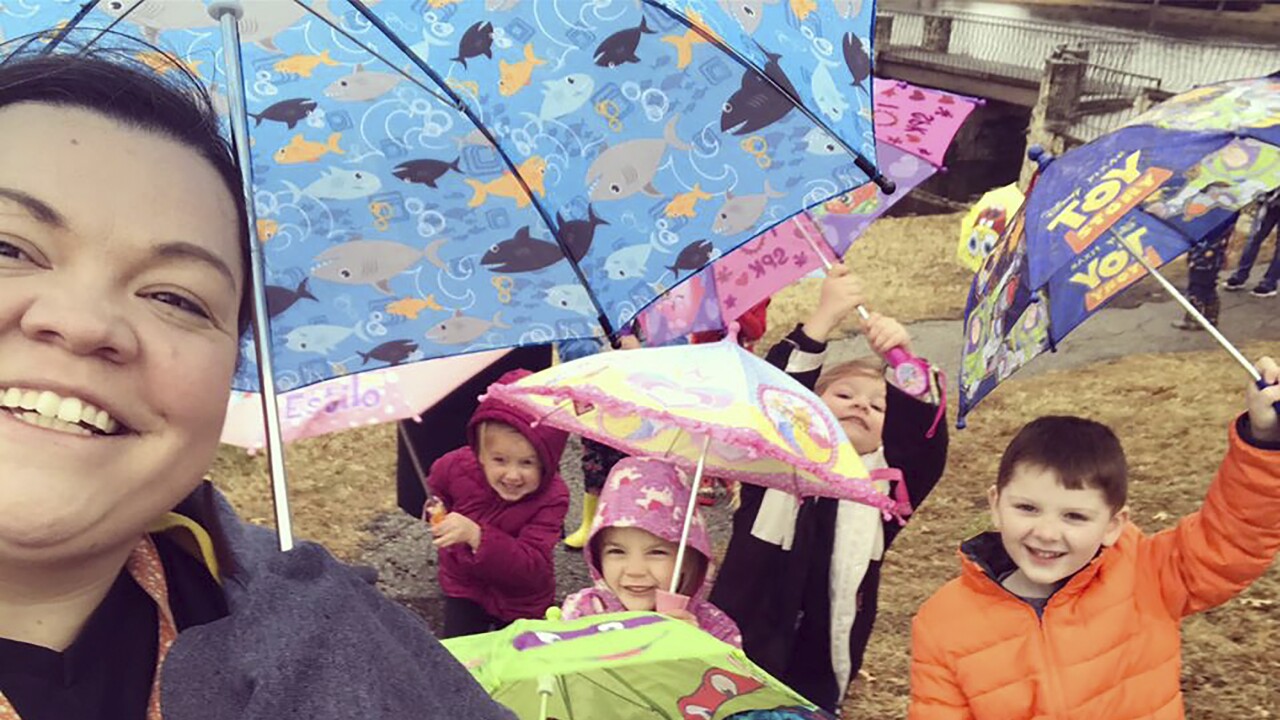 (Copyright 2020 The Associated Press. All rights reserved. This material may not be published, broadcast, rewritten or redistributed.)
Tabatha Rosproy/AP
In this Jan.10, 2020 photo,Tabatha Rosproy, 2020 National Teacher of the Year, is shown with her pre-school students in Winfield, Kansas. The pre-school is housed at Cumbernauld Village, a retirement community and nursing home, and provides daily interaction between students and residents, who serve as "grandparent" volunteers in Rosproy's class. (photo courtesy Tabatha Rosproy via AP)

KANSAS CITY, Mo. — An early childhood educator from Kansas has become the first in her profession to be named the National Teacher of the Year, the Council of Chief State School Officers (CCSSO) announced Thursday.

Tabatha Rosproy is a preschool teacher in Winfield, and is the first early childhood educator to earn the honor.

Her classroom is based in a local retirement community and nursing home, where her “inter-generational program serves special education and typically developing preschoolers, and facilitates daily interactions with residents, who serve as ‘grandparent’ volunteers,” the CCSSO said in a release.

Rosproy said she hopes “to bring a voice to the important role early childhood education plays in our society, but also to the powerful role of social-emotional education at all age levels.”

Rosproy has continued to teach her preschoolers during the COVID-19 pandemic, and served as co-chair of the educator task force that helped the state compile its continuance learning guidance as in-person classes across Kansas were suspended.

“Tabatha Rosproy embodies the spirit demonstrated by so many teachers, caring for her students and leading the Kansas educators who helped to develop the state’s continuity of learning plan.” CCSSO Executive Director Carissa Moffat Miller said. “I congratulate her and look forward to her leadership on behalf of educators at this critical time.”

During her time as teacher of the year Rosproy will represent educators and serve as an ambassador for students and teachers, CCSSO said.

The state’s education commissioner, Randy Watson, said Rosproy’s “passion for the profession” has created one of the best educational experiences.

“Her ability to bridge this generational gap in a single classroom is perhaps one of the richest experiences we can offer our students and our communities,” Watson said. “Early childhood education is critical to the lifelong success of students and Tabatha represents the excellence Kansas education and its teachers are known for.”

When Rosproy was announced as a finalist earlier this year, the CCSSO said her program had the highest preschool literacy and math scores in the district.