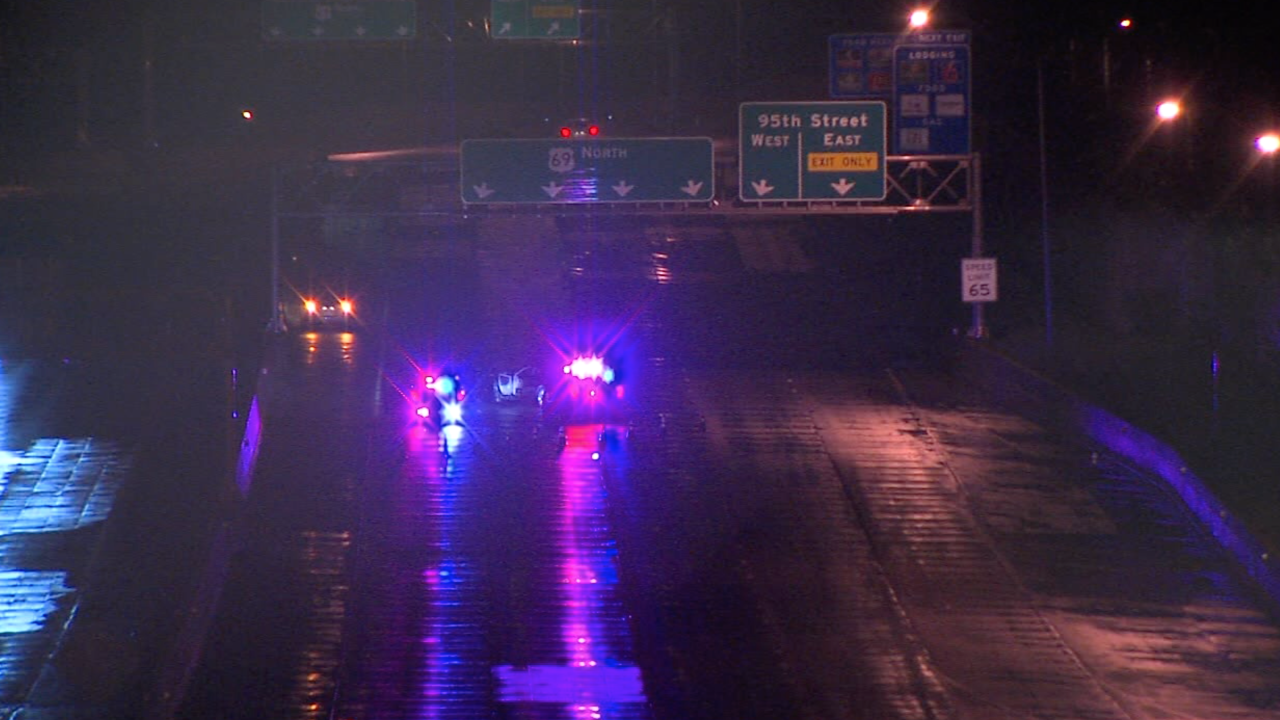 Copyright 2019 Scripps Media, Inc. All rights reserved. This material may not be published, broadcast, rewritten, or redistributed.
Jason Gould

Officers were called to northbound US 69 Highway, south of 95th Street, just before 12:30 a.m. on reports of a crash involving a pedestrian.

Police said a vehicle in the northbound lanes lost control and struck the median.

The passenger in that vehicle, an adult woman, got out of the car and was hit by a second vehicle.

She ended up in the southbound lanes of US 69, police said.

The woman was taken to a local hospital, where she died from her injuries.

Police said the investigation is ongoing. Anyone who may have witnessed the crash is asked to call Overland Park police at 913-895-6413.