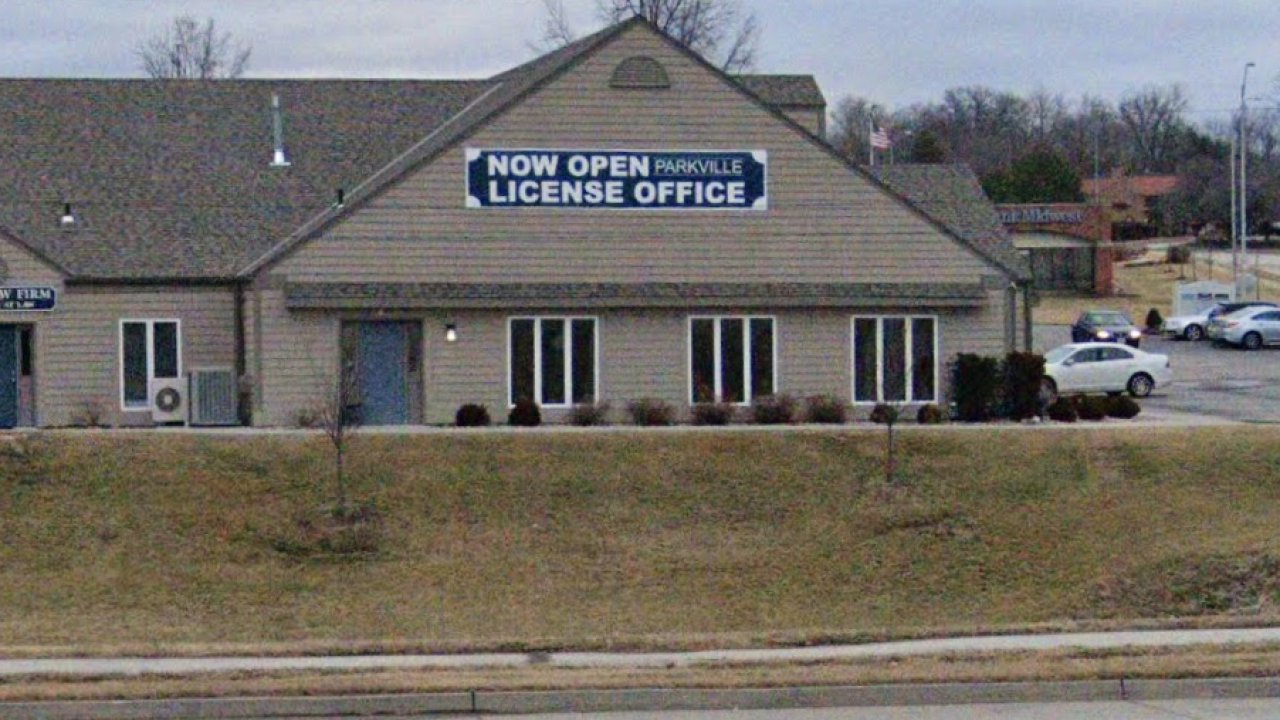 Google Maps
Police say a woman upset about the line at a Department of Motor Vehicles office in the Northland went outside and fired a gun after being asked to leave.

KANSAS CITY, Mo. (AP) — Police say a woman upset about the line at a Department of Motor Vehicles office in Kansas City went outside and fired a gun after being asked to leave.

The 34-year-old woman was taken into custody after the incident and was being held at the Platte County Detention Center. It was not immediately clear if she had been formally charged.

Officer Darin Snapp said no one was injured in the incident, which occurred shortly before 11:30 a.m. at the Parkville DMV at 64th Street and Cosby Road in Kansas City, Missouri.

According to Snapp, the woman announced that the "wait time is ridiculous."

Staff asked her to leave because she was being "loud and obnoxious," Snapp said. The woman then said she was going to get a gun.

The Platte County Sheriff's Office said the woman fired two shots into the parking lot area. An off-duty officer approached her and ordered her to put the gun down.

Snapp said: "She just wasn't very happy about the wait at the DMV."