Woman sues KCMO police board for violating rights during protests 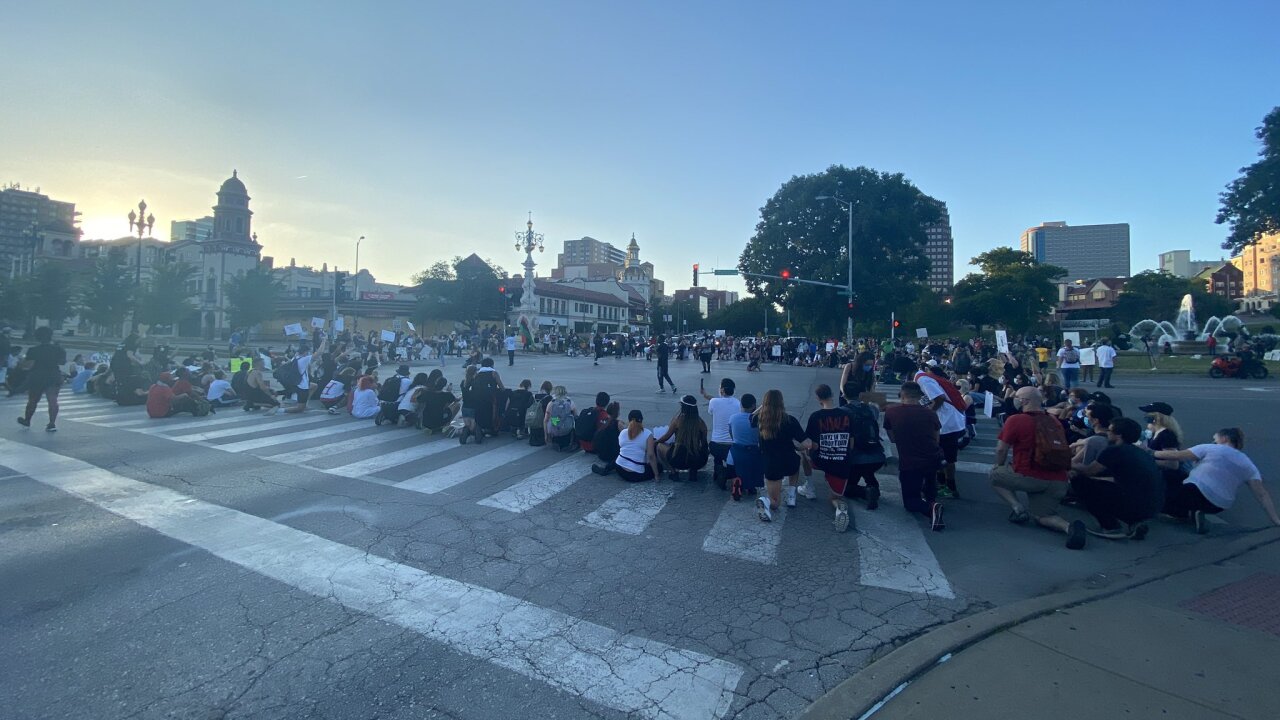 KANSAS CITY, Mo. — Members of the Kansas City, Missouri, Board of Police Commissioners are facing a new lawsuit alleging that police policies during the George Floyd protests in June violated a woman’s rights.

On Thursday, Theresa Taylor filed the lawsuit in U.S. District Court, Western Missouri Division, alleging that a verbal order made by police to arrested protesters to avoid future protests was never rescinded, and has violated her rights moving forward.

According to court documents, Taylor was protesting during the early evening on June 1, 2020, at the Country Club Plaza, after which she joined a group of protesters that left the Plaza to march north on Main Street toward downtown Kansas City, Missouri.

Following the March, Taylor was one of several protesters that was arrested and taken to an area police station, where she later bonded out early in the morning on June 2, 2020.

According to the court filing, Taylor was cited for failing to comply with police by failing to move out of the street.

Additionally, the court filing indicates that Taylor and other protesters were verbally told by police that if she returned to the Plaza protests, she would be arrested and held without bail. Taylor’s attorneys say that she did not attend any future protests out of this fear.

Taylor and many other protesters would later find out that their municipal charges would be vacated by the city following approval by the Kansas City, Missouri City Council. However, Taylor’s attorneys say the verbal order by police to avoid the Plaza and protests has never been rescinded.

The MacArthur Justice Center and the Missouri chapter of the American Civil Liberties Union worked with Taylor to file the lawsuit.

This is a developing story and may be updated.