KC rapper Tech N9ne collects bras for a cause 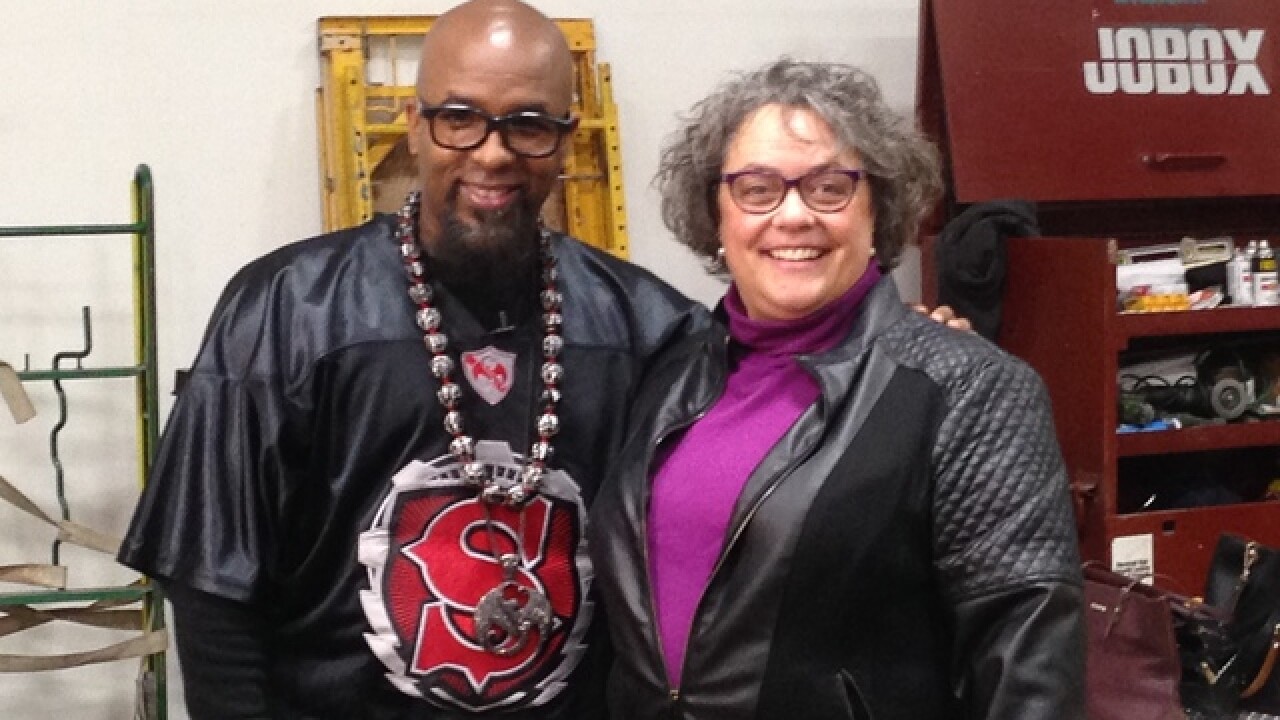 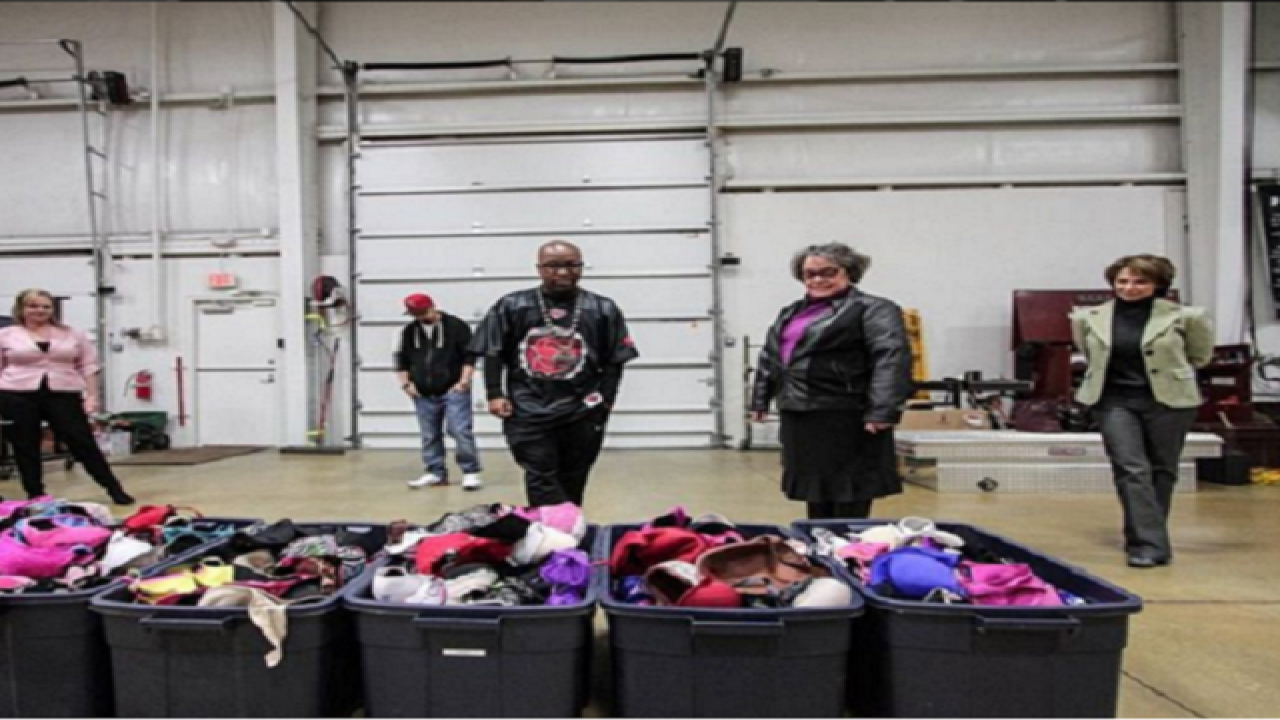 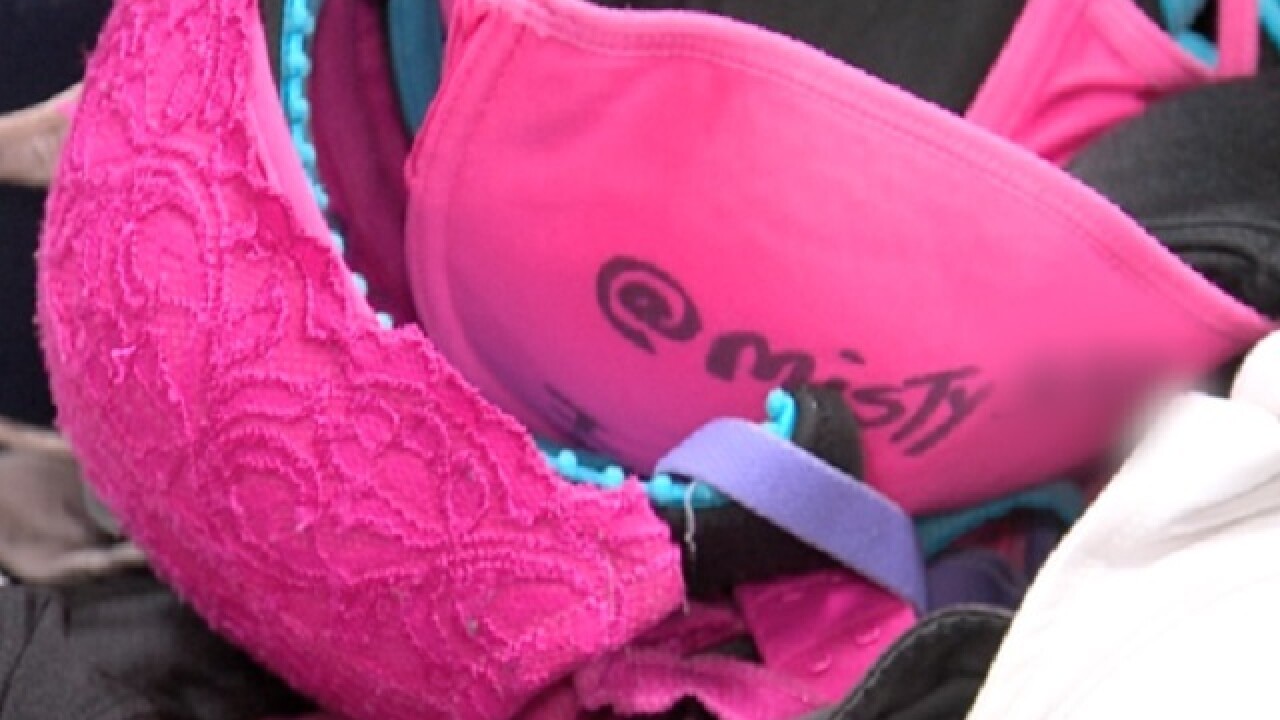 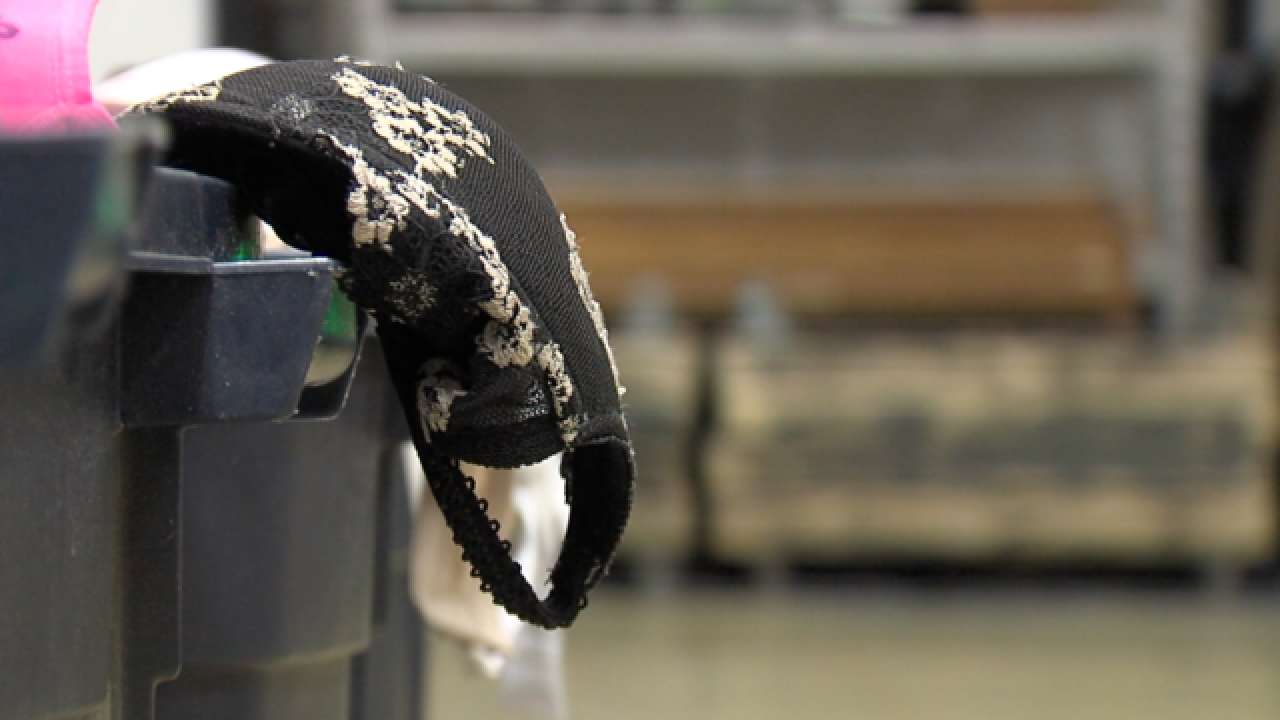 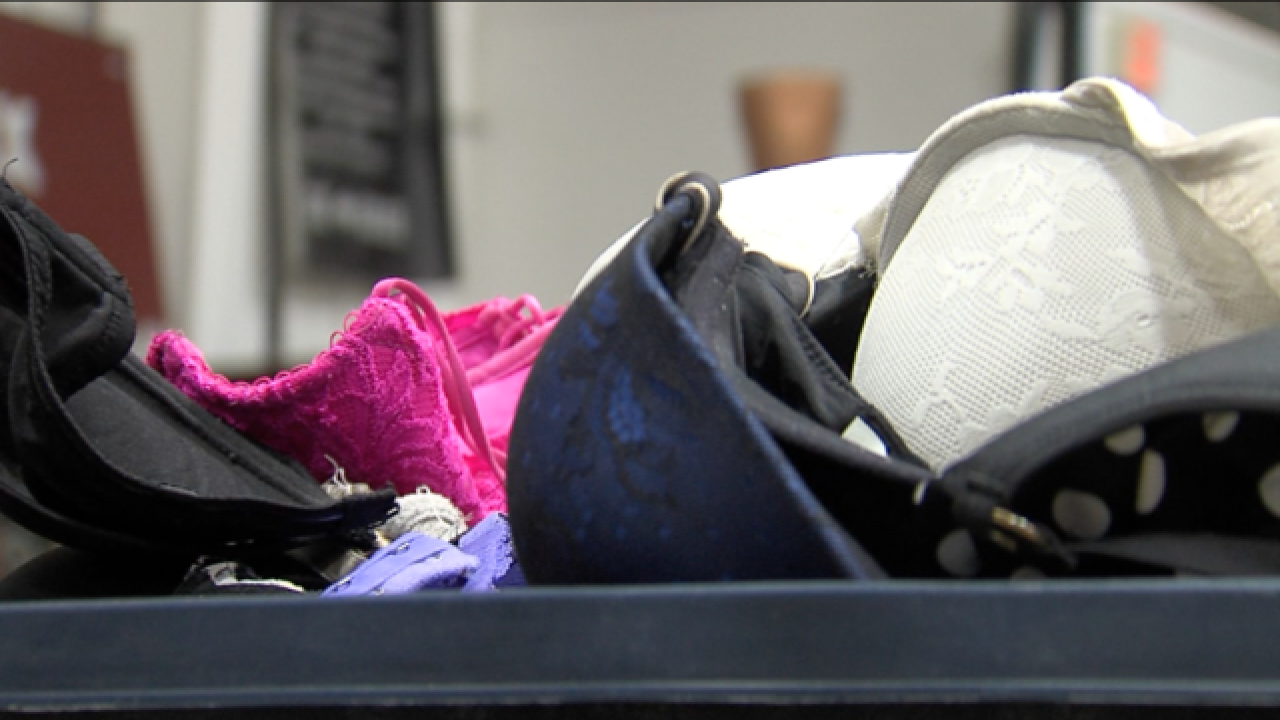 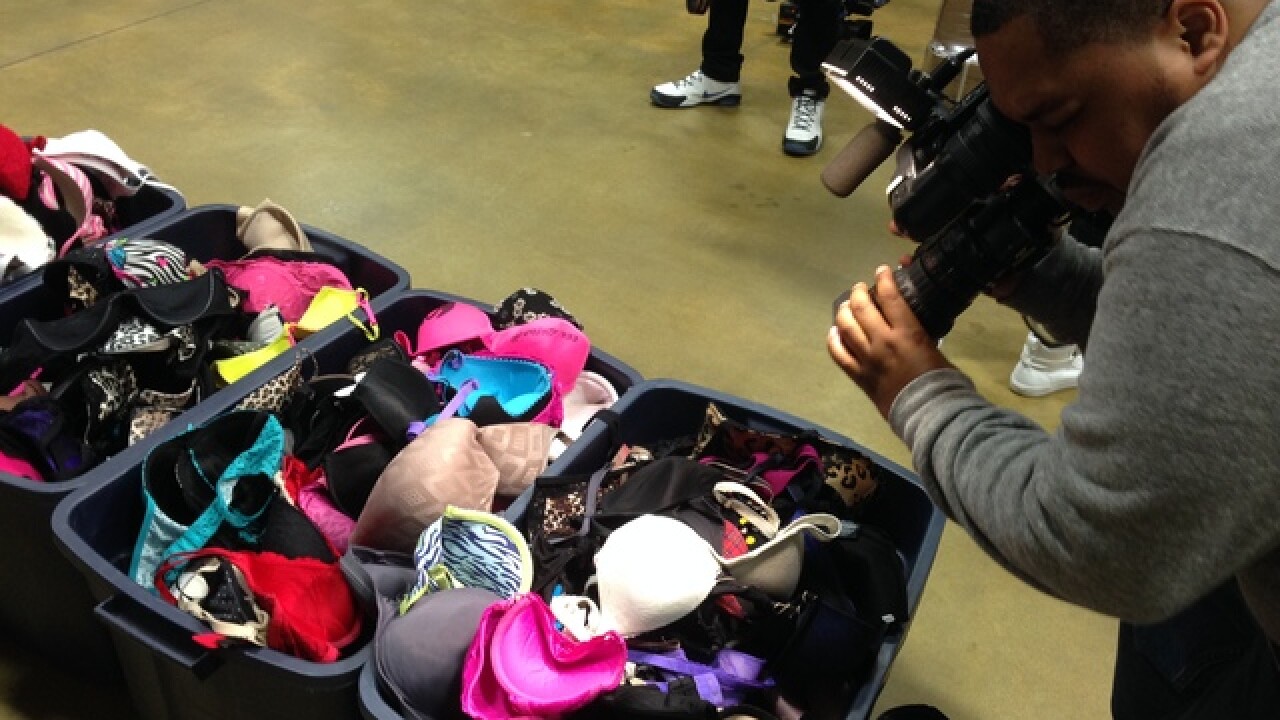 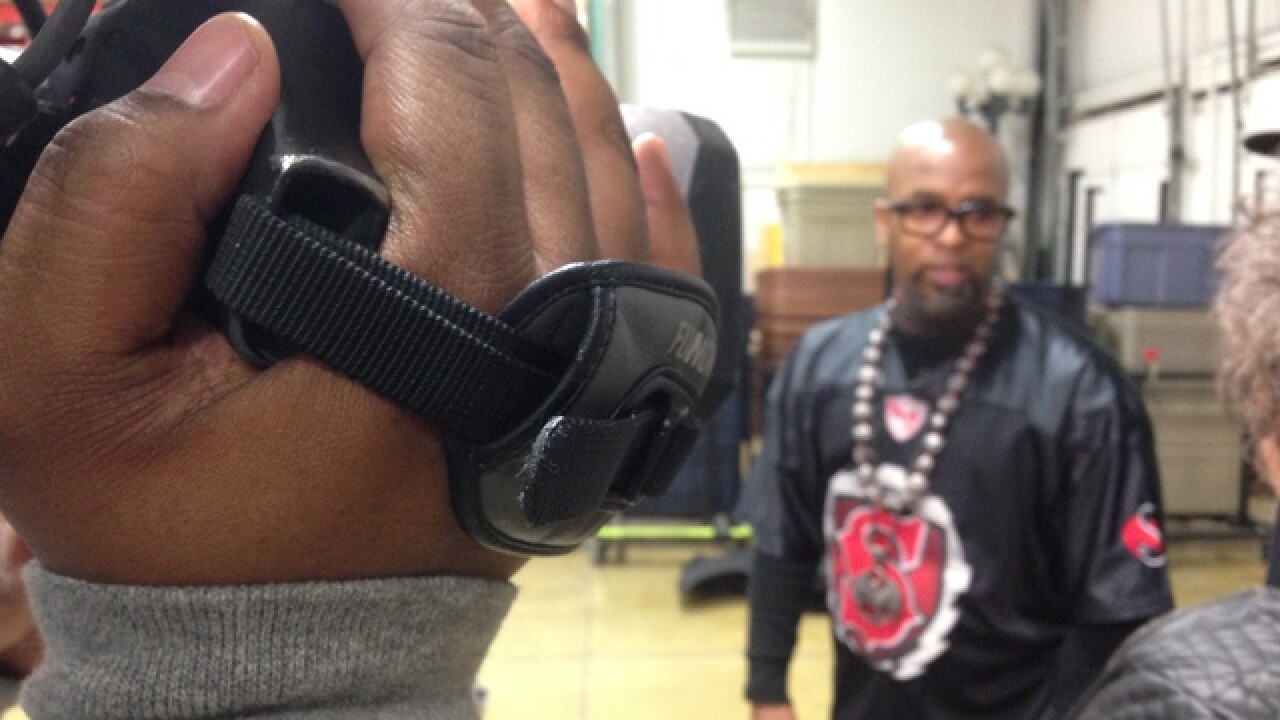 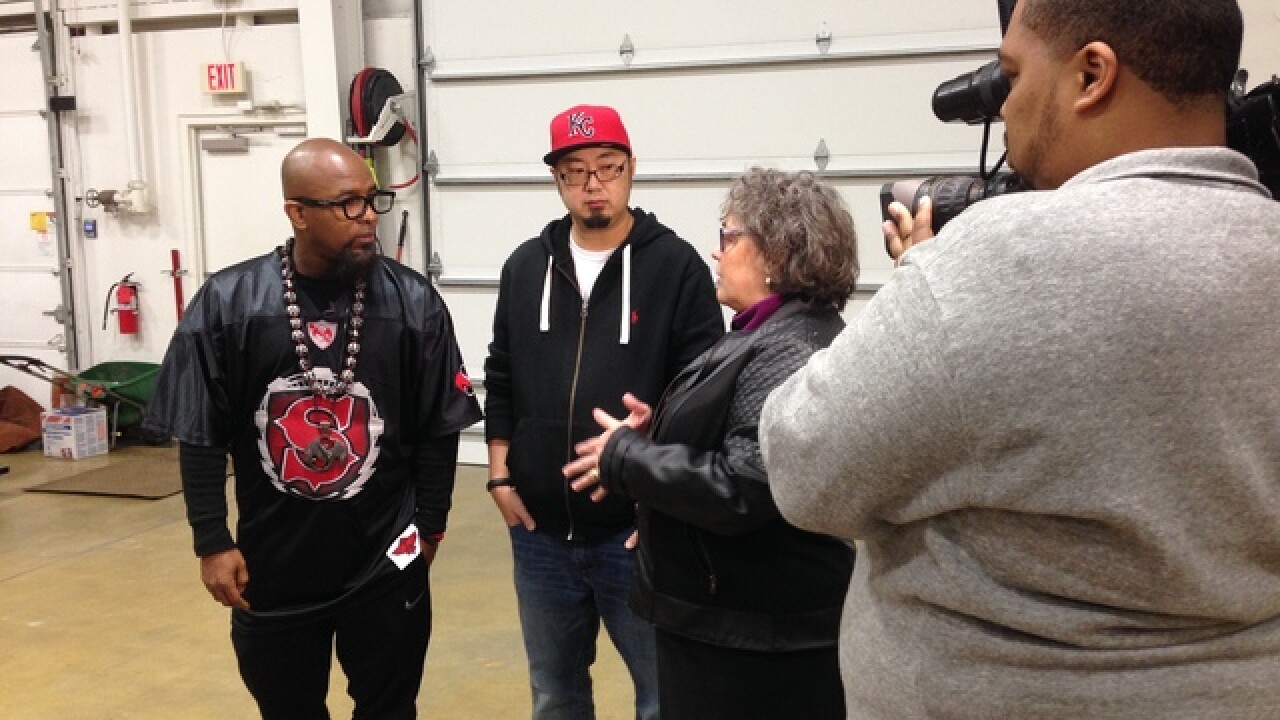 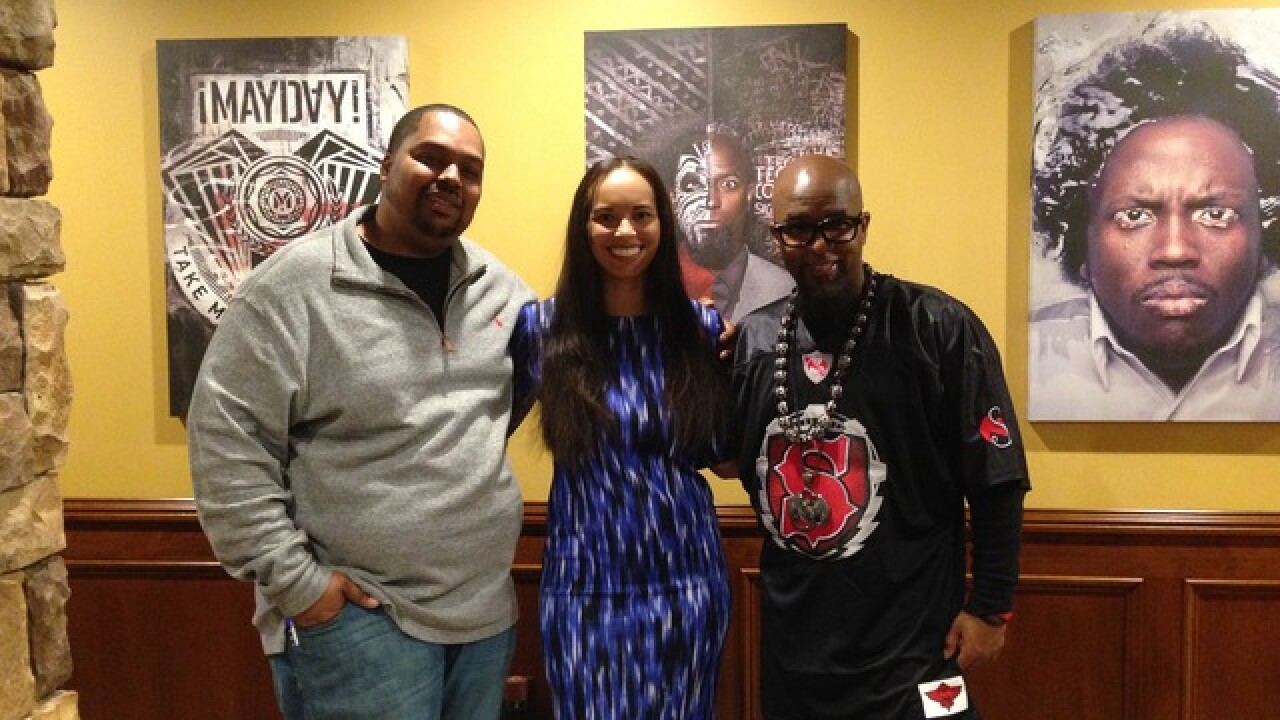 Tech N9ne has seen (and touched) womens' intimate garments in all shapes and sizes.

"I guess it is a weird conversation but not to me because this is Strange Music," said the 44-year-old Kansas City rapper. "Stranger things happen."

But when it comes Tech's handling of all those bras, it may not be in the way you are thinking.

"My job is a good one," he joked. "I receive the bras I give them to the needy. I noticed that the better we did on stage the more bras that came up on stage. We collected a lot of bras, so that means we have been doing really well on stage; so well that years back we did a song to speed up the process."

From Kansas City to Europe, and even down under in Australia, each year Tech plays 250 shows around the globe. What comes back with him to Kansas City are tokens of appreciation close to the hearts (literally) of his fans.

In fact, throwing bras on stage at a Tech N9ne concert has become so popular, that Tech often performs a song dedicated to his female fan base's anatomy to encourage the act.

Big and small, sexy and sporty, lacy, racy, animal print and every shade of the rainbow, the bras come up on stage, often with words of encouragement and even phone numbers.

A greater cause for all those bras

"We kept all of the bras," he said. "Not being sick or anything like that but I'm like we can donate these bras at the end of the tours and give them to people who might need them."

Those people include domestic violence survivors at Hope House, a shelter that helps metro women and their children escape abusive homes.

"When you are in a situation like that they tell you to get out and leave everything," said Tech N9ne. "If you're in that situation just go for your safety. So I thought let's not throw these bras away let's donate them to the houses that create shelter for the people who suffer from domestic violence."

MORE: Scroll through the photos above!

This greater cause for all those bras stems from Tech N9ne's personal story of abuse and survival. Back when he was a Kansas City kid known only by Aaron Yates, he watched his mother suffer at the hands of a man she loved. Her boyfriend often beat her so badly, she wound up in the hospital.

"I don't wish that upon any kid because I was one of those kids," he emotionally explained. "That's why I had to move from place to place--to get away from my mom's abusive boyfriend. That's why I call myself the "Kansas City King," because not only was I born in Missouri, but because my mom lived in an abusive household we had to move out to Kansas City, Kan. with my aunt because we were running from him."

This morning at Strangeland Studios with the Ladies of Hope House Lees Summit during our news interview about me donating the bras we received at our shows that we are giving to Domestic violence shelters! They were so nice and thankful! I told them how I was one of those kids that had to witness my mom getting beat by an old boyfriend back when I was in 3rd and 4th grade and how we were always running to a relatives house to get away from him.I told them how at one point we had to run all the way over to KCK and stayed in a house right on Quindaro for a while cause he beat her really bad that time so I had to do a bit of fourth grade over there in KCK at an elementary school called Benjamin Banneker. That was news for even the news team filming! They had no idea that I connected so well with women and children escaping life threatening abuse! This interview was beyond Areola! But look what such a ridiculous parody song turned into! 3Dimensional T9!

A photo posted by Tech N9ne (@therealtechn9ne) on

Though the experience happened nearly four decades ago, Tech said it's something he's never let go of.

That's why he's made it his mission to never throw away the bras that women throw on stage. In his most recent donation, the musician donated hundreds of bras, in all 500, each one giving survivors of domestic violence hope and a reason to start over.

Tech N9ne gets hundreds of bras thrown at him on stage. What he does with them may surprise you. (Facebook: Tech N9ne)

"When you are in a domestic violence situation you cannot always predict when you are going to be able to leave," said bra recipient and Hope House CEO MaryAnne Metheny. "When we are talking with people and safety-planning with them, it's really about when is the opportunity going to be there. You take that opportunity when you can get it."

And provide support. The bras do that, both literally and figuratively.

"He knows the fear and the terror that he his mom and he went through and he can share that," Metheny said. "He can share that in a positive way and in a way that is going to reach people that we could never reach."

Reaching an audience beyond rap music

And reaching it is. On Tech N9ne's Facebook Page fans stepped up to talk about something so close, so personal. Their own survival stories came pouring in.

One fan wrote, "Been there with my mom. We used to go to my grandmom's. The pain in seeing your own mom with bruises and black eyes was not what I wanted to remember."

Another fan even posted a picture; the aftermath of a fight with the man she loved.

And get this - some fans, knowing the destination of the bras, purposefully buy new ones and wear them solely so they can throw them on stage.

"I know one of my bras ended up there," wrote Shannon Murphy. "I wore a brand new one, knowing I wasn't going home with it. [It] makes me so happy to know it went to someone in need."

Fans are in on the final destination of all the bras they throw on stage. (Facebook: Tech N9ne)

"I am so grateful for those who donate to the Domestic Violence Shelters," wrote Carrie Moore-Palmer. "I am current[ly] in a abusive relationship and to know that there is help out there means the world to me. I finally left last night and I left with nothing. Not even a pair of underwear. So THANK YOU Aaron (Tech N9ne) for caring about our community."

For Tech N9ne, a Kansas City rapper turned philanthropist, it's all about this supportive gesture that just may turn victims into survivors.

"Thank God we got out of that situation," was the last thing he said in his interview with 41 Action News. "I hope for the women to find their way to a better situation of love instead of hate."

Metheny said the bras are a way to help.