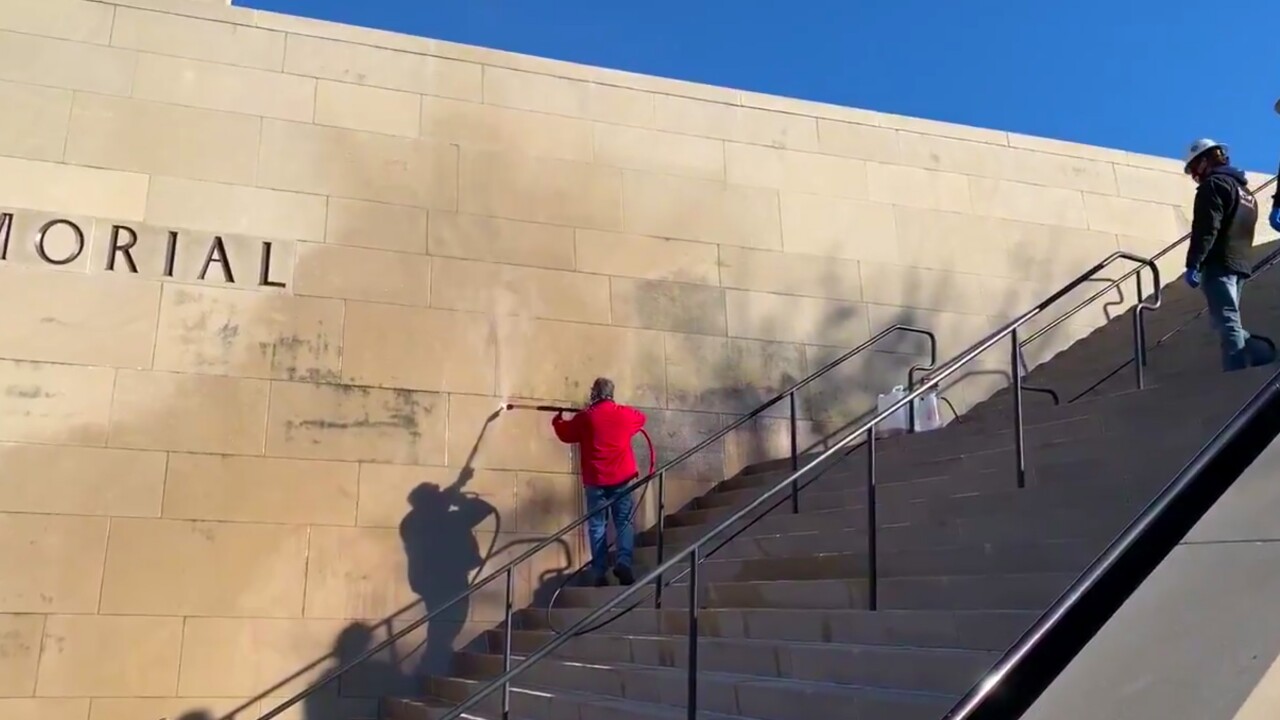 Copyright 2020 Scripps Media, Inc. All rights reserved. This material may not be published, broadcast, rewritten, or redistributed.
WWI Memorial and Museum 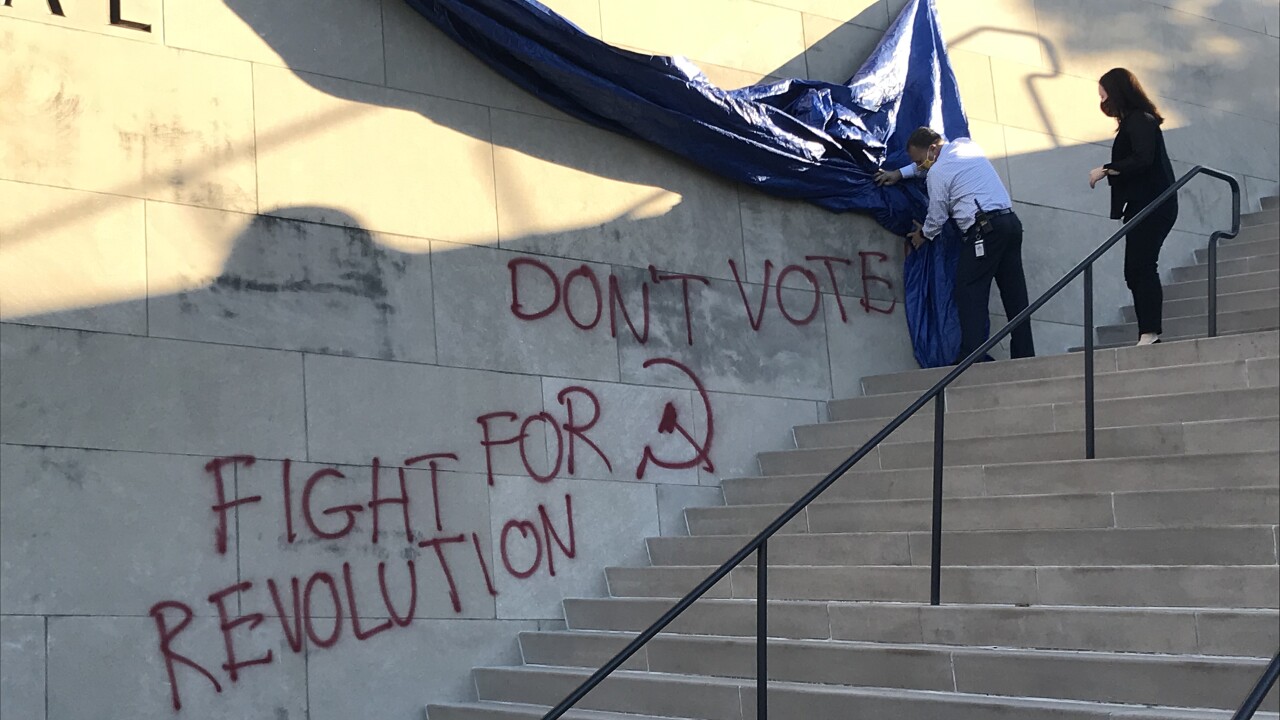 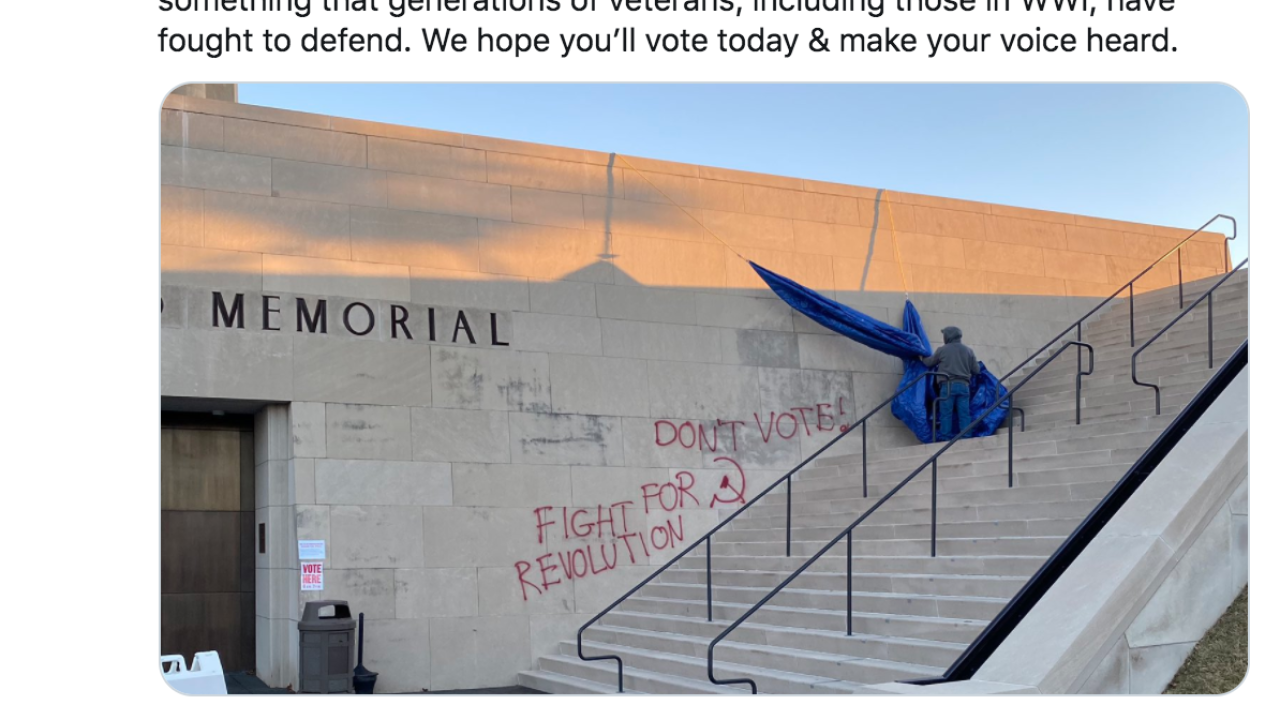 KANSAS CITY, Mo. —
UPDATE, 11:30 a.m. | The graffiti and vandalism at the World War I Museum and Memorial from overnight has been cleaned up.

The museum tweeted late Tuesday morning that a restoration crew has arrived and is working to remove the graffiti.

Thank you to Steve Haith (of DSG Industrial Cleaning Systems) and folks at Concrete & Masonry Restoration for coming by so quickly to assess the damage and work to wash the paint off. They are our heroes today as we work tirelessly to make this a welcoming polling location. VOTE! pic.twitter.com/JmAVRY2HCB

EARLIER | The WWI Museum and Memorial was vandalized overnight.

The memorial, which is a polling location, was defaced with spray painted writing which said “don’t vote” and “fight for revolution.”

Museum President and CEO Matthew Naylor said both sides of the entrance were vandalized by two people around 3:45 a.m.

“Our democracy is something that generations of veterans, including those in WWI, have fought to defend. We hope you’ll vote today & make your voice heard,” the museum tweeted Tuesday morning.

It also said it condemns the “attempt at voter intimidation.”

Naylor, who said he is heartbroken by the act, called the vandalism an "outrageous act of violence” not only to the memorial, but to veterans and the people of Kansas City.

KCPD was on the scene Tuesday morning to investigate.

We will clear off the stonework and stories of the heroism of the many who gave their lives defending our country will continue to be told proudly at the @TheWWImuseum. As the museum says, make sure you get out and vote today. Many have fought for your right. https://t.co/zS2FrnhmvF