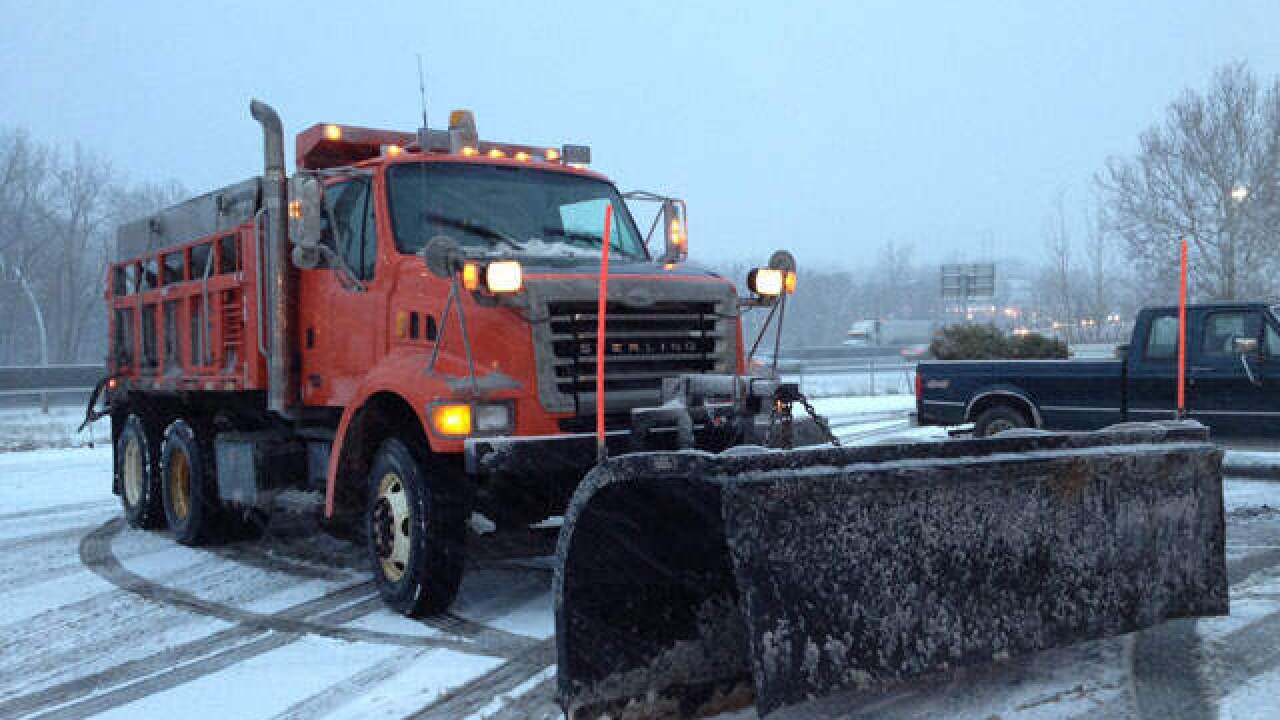 Copyright 2012 Scripps Media, Inc. All rights reserved. This material may not be published, broadcast, rewritten, or redistributed.
Ron Busse KSHB-TV
<p>FEB. 13, 2012 - A snow plow gets ready to head out from a salt barn at I-35 and Lamar.</p>

KANSAS CITY, Mo. – It’s possible the Kansas City metro gets its first taste of winter on Thursday, but even if that wasn’t the case, you still might see some snow plows out on the roads on Wednesday in Lee’s Summit.

From 7 a.m. to 3:30 p.m., the city plans a “dry run” of its snow removal equipment. The test is to make sure equipment works and that plow drivers are familiar with their routes.

The city says Wednesday’s dry run was scheduled long before the possibility of weather entered the forecast.