Congress has few days left in D.C. this year and it could mean higher bills for you come January

A host of protections are set to expire by Jan. 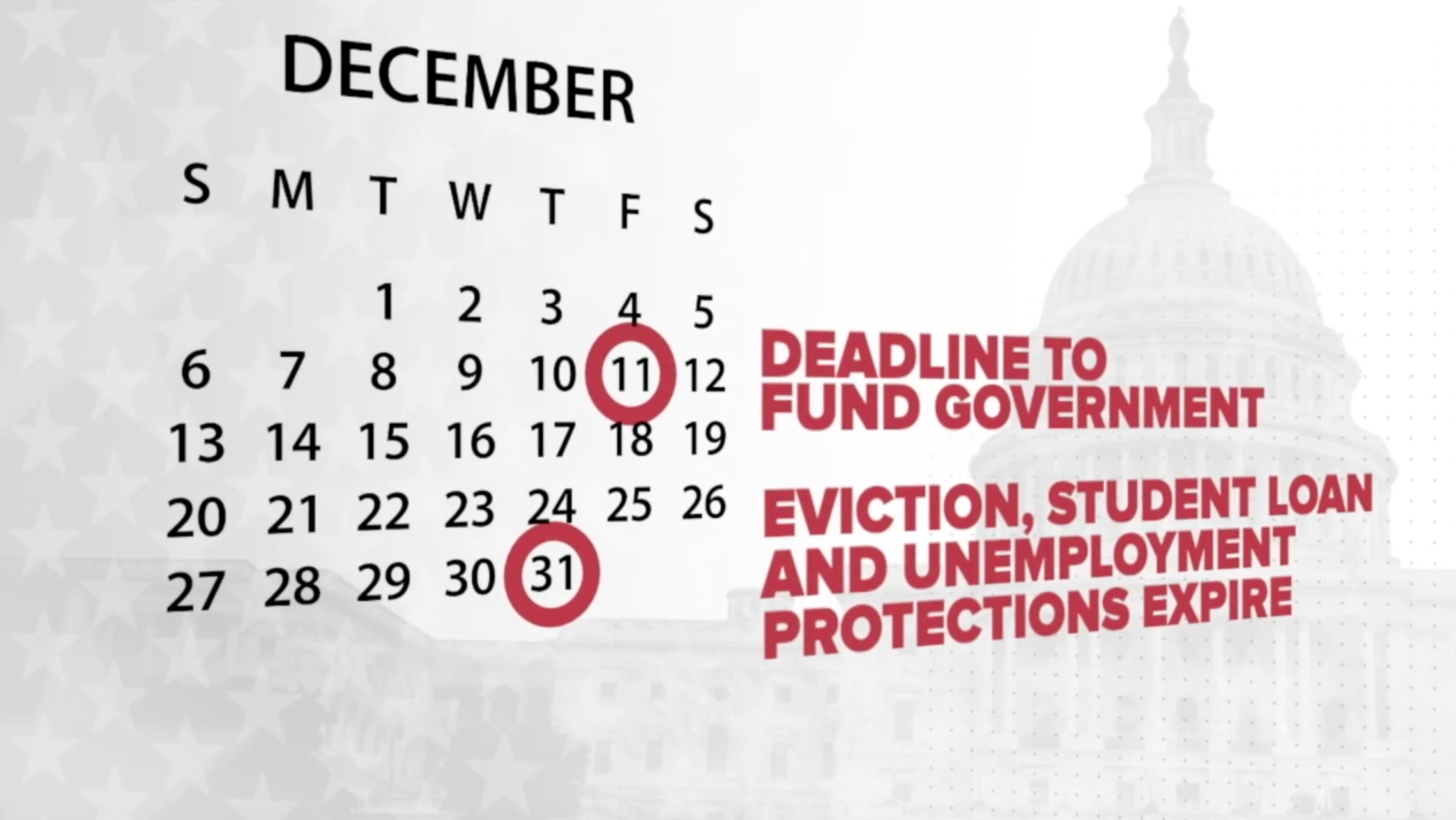 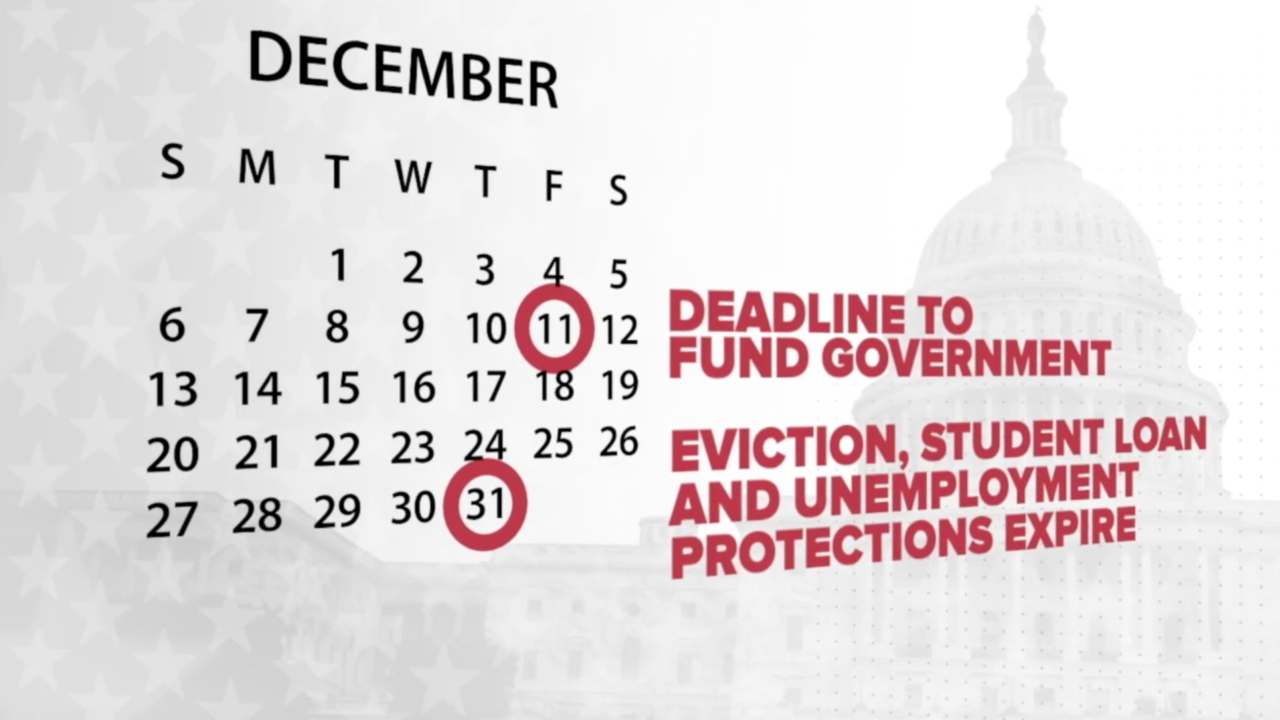 Student loan and eviction protections, as well as unemployment benefits, are among the host of pandemic related government programs set to end by the end of the year unless Congress acts.

The issue is that members of Congress are not scheduled to be in Washington for several weeks between now and the end of the year.

Breaks are scheduled over the Thanksgiving holiday as well as over Christmas and New Year's.

The leaves just 15 business days to accomplish anything, otherwise these bills will likely go up come January

Since March, 40 million Americans have enjoyed suspended student loan payments. That is scheduled to end come January 1st. While President-elect Joe Biden is considering an executive order to continue the program, he doesn't take office until January 20 and bills could be due before then.

Additionally, unemployment benefits for independent contractors and the self-employeed, like Uber drivers or gig workers, are set to expire as well.

Congress for months has also allowed those recently laid off to enjoy 13 bonus weeks of unemployment, but that program expires December 31 as well.

Many states have eviction moratoriums but the CDC order banning evictions ends December 31st. Congress could pass legislation to extend it. Tens of millions could face evictions because of rent issues.

Democrats and Republicans remain far apart on passing any legislation between now and January 1.

COVID related legislation isn't the only concern either. Funding for the government runs out on December 11 and a bill must be passed to keep the government open before then.

One major wildcard is President Donald Trump and what he may demand following his election loss.