Sarah Sanders on Michael Cohen case: Trump 'did nothing wrong' 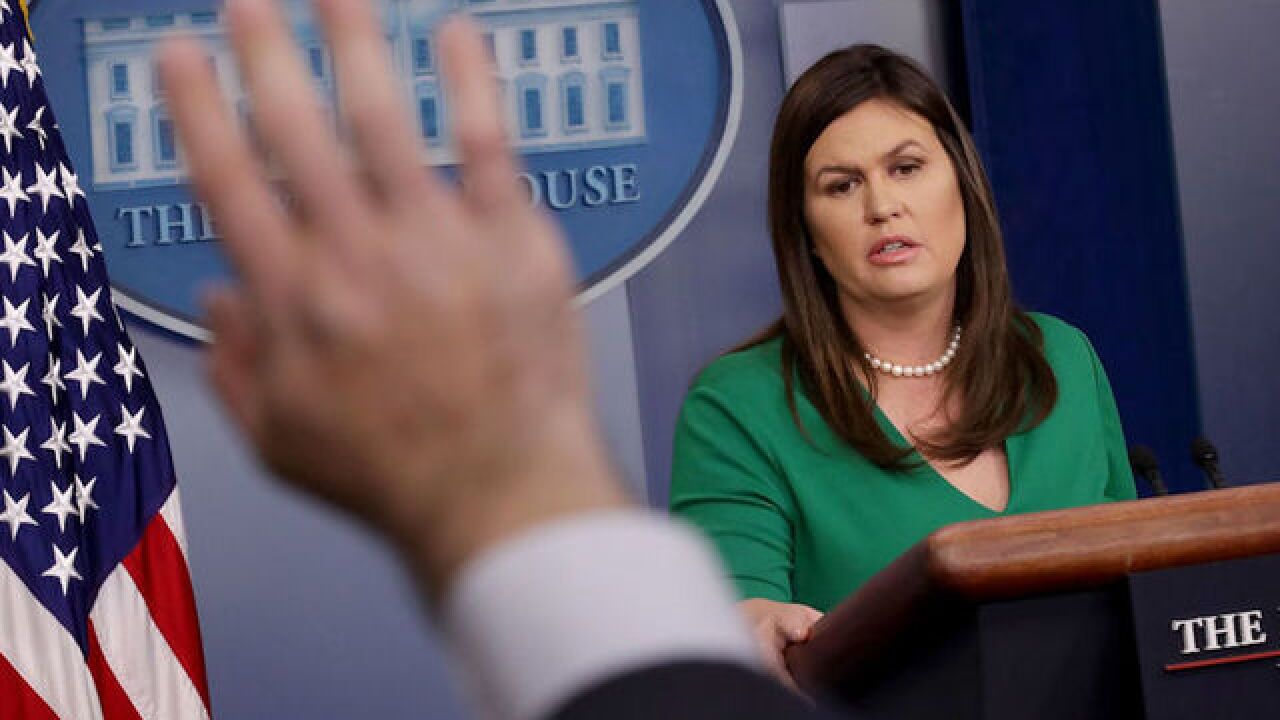 White House press secretary Sarah Sanders maintained Wednesday that President Donald Trump "did nothing wrong" relating to the hush money payments made to women who claimed affairs with him during the 2016 campaign.

"As the President has said and we've stated many times, he did nothing wrong. There are no charges against him and we've commented on it extensively," Sanders said. "Just because Michael Cohen made a plea deal, doesn't implicate the President on anything."

Sanders declined to answer additional questions about what the President knew about the payments and when he knew it.

Asked whether the President has lied to the American people, Sanders called the accusation "ridiculous."

"I think that's a ridiculous accusation. The President, in this matter, has done nothing wrong and there have been no charges filed against him," she said.

She responded to inquiries about the President's tweets about Cohen from earlier in the day, in which he said Cohen "broke" and recommended no one use Cohen as a lawyer, saying, "The President has expressed his views on that, I don't have anything further to add."

Asked whether Trump would pardon Paul Manafort, Sanders sought to distance the former campaign chairman from the President.

She added that she was "not aware" of any conversations regarding a Manafort pardon beyond when the President was asked about it last week.