1 of 2 skydivers killed in California was first-time jumper 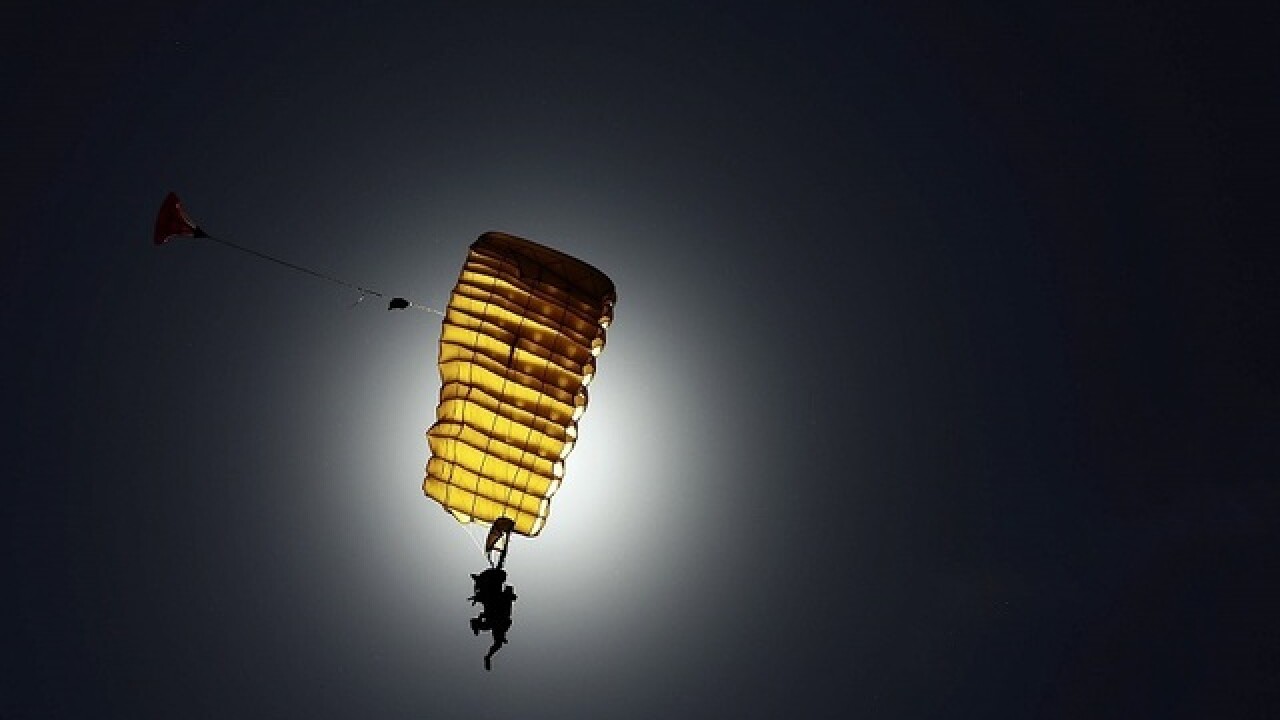 By: Associated Press
Posted at 9:48 PM, Aug 07, 2016
SAN FRANCISCO (AP) — The mother of an 18-year-old man who was one of two skydivers who died plummeting into a northern California vineyard said her son was jumping for the first time.
Francine Salazar told a newspaper Sunday that she accompanied her son Tyler Turner to the Lodi Parachute Center as he and several of his friends celebrated a birthday.
"Before he got on the plane, he knelt down and prayed, made his peace with God, and then turned around and gave me a great big, huge hug," Salazar told the Merced Sun-Star. "He said, 'I love you, Mom,' and then he got on the plane."
She said she never saw her son come down with his instructor because she couldn't tell where they were in the distance and didn't know the color of their parachute.
The parachute did not open, and the two hit the ground, authorities said.
San Joaquin County sheriff's officials have not identified the instructor killed Saturday in Lodi, 85 miles east of San Francisco.
Bill Dause, owner of the Parachute Center, said he was a veteran who had about 700 previous jumps.
Salazar said she paid to have her son's jump videotaped. However, Federal Aviation Administration investigators took the tape and all the equipment used in the jump to determine what happened.
Salazar said she was concerned before the jump because an instructor told her son and his friends they didn't need to finish watching the safety video shown beforehand.
Dause told the Sun-Star he believed the group watched the entire video because it plays repeatedly at the center.
"... I'm pretty sure they saw it," he said. "But it wouldn't have made any difference (if they didn't). It was an unfortunate accident."
Dause told Sacramento television station KCRA on Saturday that it appeared "something may have gone out of sequence in the jump."
The wind and other conditions were perfect at the time of the jump, Dause said. "Conditions had nothing to do with it," he said.
The skydive center was in the news in May, when a small plane carrying 17 skydivers took off from there and landed upside-down after clipping a pickup. The worst injuries were minor cuts and scrapes.
In February, the Lodi News-Sentinel reported that a solo skydiver had died after a parachute malfunction at the center.
Copyright 2016 The Associated Press. All rights reserved. This material may not be published, broadcast, rewritten or redistributed.