12 movies, shows being rebooted for TV this year 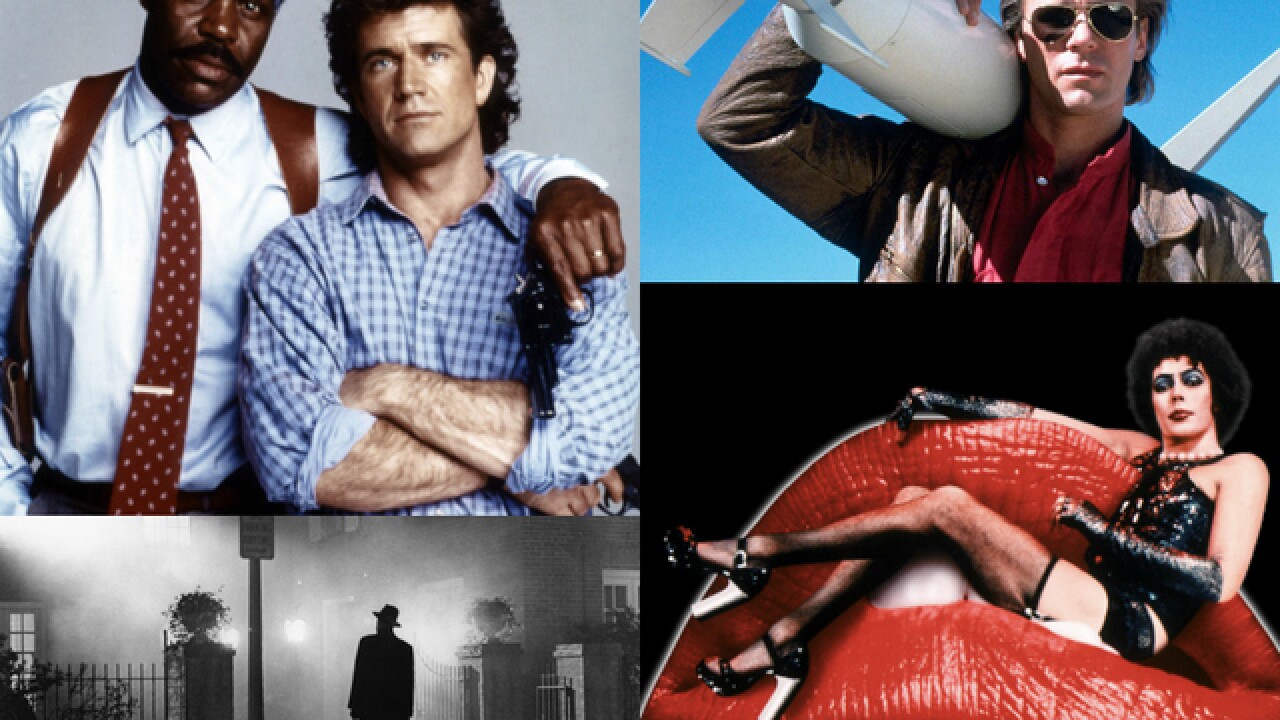 ©Warner Bros./CBS/20th Century Fox
<p>Four classic movies and shows that will be rebooted this season include "Lethal Weapon," "MacGyver," "The Rocky Horror Picture Show" and "The Exorcist."</p>

Who says original ideas are dead?

Television networks are bringing back a dozen movies and shows from the past as new series this year. Listed below are the new shows and some details we know about them.

A TV series based on the classic horror film franchise "The Exorcist" was ordered by Fox on May 10. The show will co-star Oscar winner Geena Davis. It was created by Jeremy Slater, co-writer of 2015's "Fantastic Four."

The original "MacGyver" TV series ran for seven seasons on ABC, ending in 1992. The new reboot will air on CBS and will follow the ever resourceful Angus MacGyver as a young man. "X-Men" film series actor Lucas Till will star as the young MacGyver.

Twenty-seven years after director John Hughes's movie "Uncle Buck" hit theaters, ABC is bringing the oafish character back. Comedian Mike Epps will star as Uncle Buck, a role made famous by John Candy. Actor Nia Long ("The Fresh Prince of Bel-Air") will co-star with Epps. The sitcom premieres in summer 2016.

This prequel to the massively popular "Taken" film series will follow a younger version of Bryan Mills, the character played by Liam Neeson in the movies. "Homeland" writer Alexander Cary is signed on to write the first episode and actor Clive Standen ("Vikings," "Doctor Who") will star as Mills. The show will premiere on NBC in 2017.

Damon Wayans will star as Roger Muraugh, the veteran detective character made famous by Danny Glover in the "Lethal Weapon" film series. The show will be a police procedural featuring Murtaugh and his loose-cannon partner Martin Riggs.

Bill Paxton will star in this followup to the 2001 Oscar-winning movie. The new series will be set 15 years after the film and will follow a young female LAPD detective who looks up to Paxton's detective. The show's pilot episode was written by "Gangster Squad" writer Will Beall and will be produced by "Training Day" director Antoine Fuqua.

This sci-fi series, produced by J.J. Abrams and written by "The Dark Knight" co-writer Jonathan Nolan, is based on the 1973 movie "Westworld," which was created by author Michael Crichton. The new show stars Anthony Hopkins and Ed Harris in a futuristic theme park called Westworld.

With the success of Fox's "Grease Live" musical event, the network decided to bring another beloved movie musical to television. Fox's remake of 1975's "The Rocky Horror Picture Show" will star Laverne Cox ("Orange is the New Black") as Dr. Frank-N-Furter, the gender-bending role made famous by Tim Curry. Former "American Idol" finalist Adam Lambert will also co-star. Unlike "Grease," this musical event will not be live.

When "Twin Peaks" aired for two seasons on ABC in the early 1990s, it became a cult TV classic because of its eerie atmosphere and bizarre style. This new iteration will be set 25 years after the original show and will air on Showtime. Original series creators David Lynch and Mark Frost will be back writing the new show and original star Kyle MacLachlan also returns.

This spin-off of Fox's hit show "24" will follow a new lead character and reportedly not feature any returning cast members from the original series. Corey Hawkins ("Straight Outta Compton") will star was an ex-Army Ranger who works as a counter-terrorism operative. The new series will premiere after Super Bowl LI in 2017.

Sixteen years after "Frequency" hit theaters with Dennis Quaid as its star, the film's premise will be adapted for a new series on The CW. The show will follow a detective, played by actor Peyton List, who discovers she can speak with her deceased father by using a ham radio. Mekhi Phifer ("8 Mile") will also co-star in the new show.

This miniseries will pick up the events of Fox's "Prison Break," which ended in 2009 after four seasons. The new "Prison Break" will see the return of many original cast members including Wentworth Miller and Dominic Purcell. Original "Prison Break" creator Paul Scheuring will be back as well.