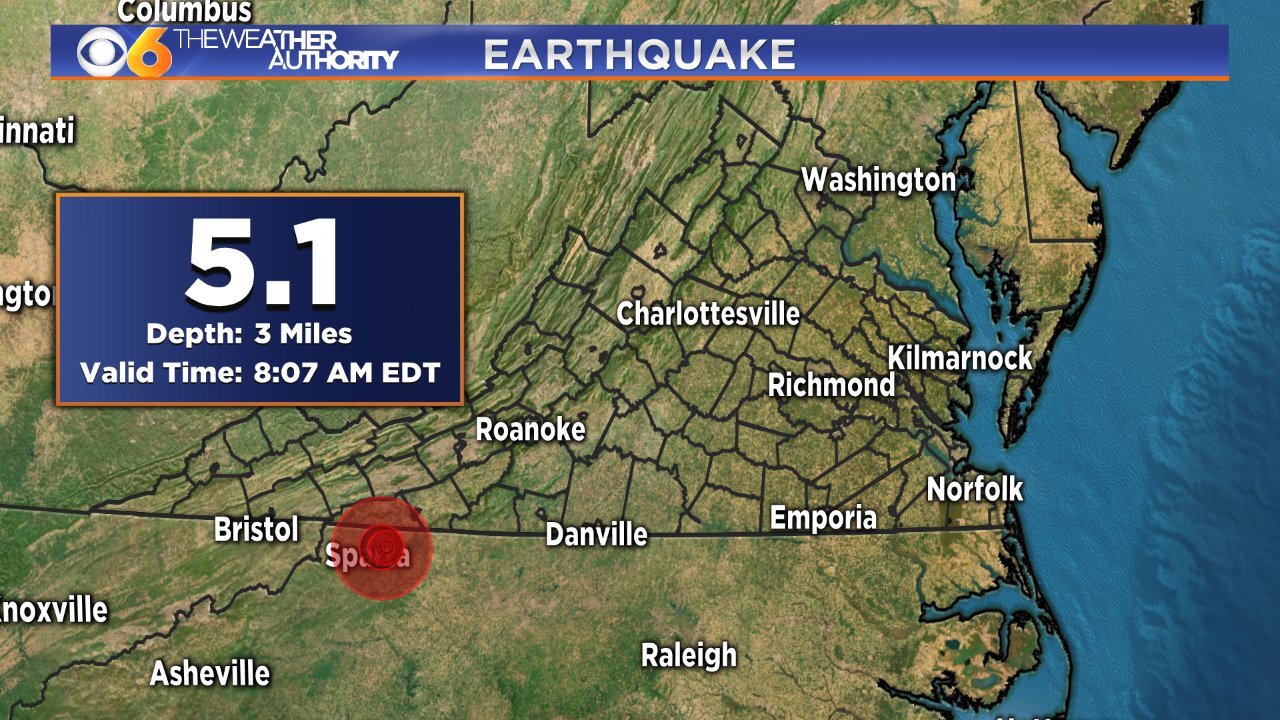 There have been no immediate reports of damage, nor injuries.

The earthquake was recorded at 8:07 a.m. and was centered near the state line in Sparta, North Carolina, about 300 miles southwest of Richmond.

Sunday's earthquake is one of the biggest to impact Virginia since the 5.8-magnitude earthquake centered in Mineral, Virginia on August 23, 2011. And the largest earthquake in North Carolina since a 5.2 earthquake in 1916.

The 5.1 magnitude earthquake was preceded by multiple, smaller "foreshocks" on Saturday.

Multiple aftershocks are expected over the next few weeks.

The USGS forecasted a 4 percent chance of one or more aftershocks that are larger than magnitude 5.1.

This story originally reported by Mike Stone on wtvr.com.