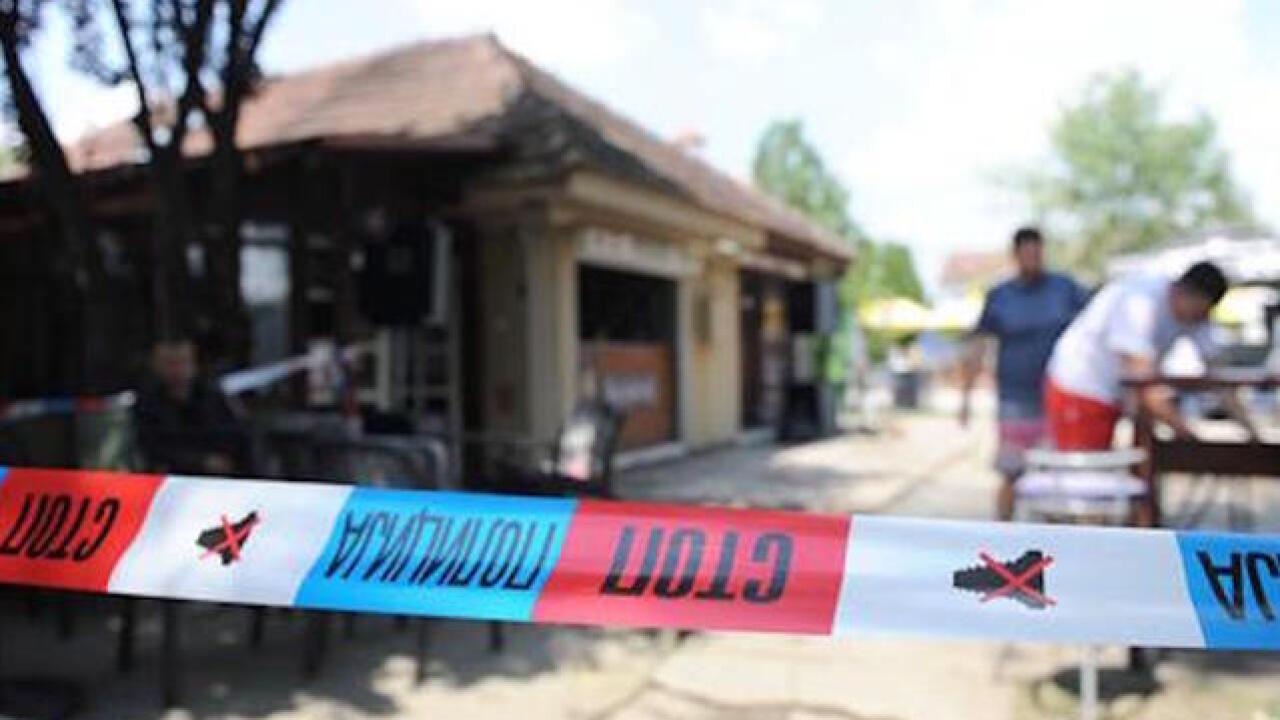 BELGRADE, Serbia (AP) — A man who police said was driven by jealousy opened fire with an assault gun in a crowded cafe in northern Serbia early Saturday, killing five people — including his ex-wife — and wounding more than 20 before he was arrested.

The attack occurred at 1:40 a.m. in a village close to Zrenjanin, a town 50 kilometers (30 miles) northwest of Belgrade.

A police statement said a man identified only as Z.S. first targeted his ex-wife and another woman before randomly shooting at other occupants of the Makijato cafe. The two women died, along with three men, and the wounded included minors, authorities said.

This is the third mass shooting in Serbia in recent years. Last year, a man killed six people with a hunting rifle in northern Serbia, while in 2013 a Balkan war veteran killed 13 people in a central Serbian village.

The tragedies have shocked the Balkan nation and sparked a public debate about the amount of weapons left over from wars in the 1990s. They also brought into focus widespread violence against women in the conservative society, which is being torn by deep social and economic crises.

About 30 to 40 women die each year as the result of domestic violence in Serbia, according to local human rights groups.

"The latest horrific events only serve to remind us that this is one of the burning issues in our society," said Brankica Jankovic, a rights watchdog official.

Witnesses told Serbia's state TV that the attacker came to the packed cafe and saw his ex-wife there with a group of friends. He then went home and came back with a gun.

"He just pulled out a gun and started shooting, first into the air," said witnesses Svetozar Manojlovic.

"It sounded like firecrackers at first," he said. "Then the guy next to me fell down and others started falling down. It was total chaos."

Cafe owner Ljubomir Milinovic said people didn't immediately grasp what was going on. "It was horrible, people were screaming and there was blood everywhere," Milinovic said.

Serbian Interior Minister Nebojsa Stefanovic said cafe guests eventually managed to grab the weapon from the man's hands when he tried to run away and police caught him. He said the probable motive was jealousy, adding the man had no criminal record.

Stefanovic said the man's automatic weapon was illegal and appealed to citizens to hand over their old weapons.

The Blic daily quoted the father of the slain ex-wife as saying the gunman had been violent to his daughter in the past, which is why she divorced him last year.

The wounded were taken to hospitals in nearby Zrenjanin and Novi Sad. Doctors in Zrenjanin said seven people underwent operations and were in serious condition.