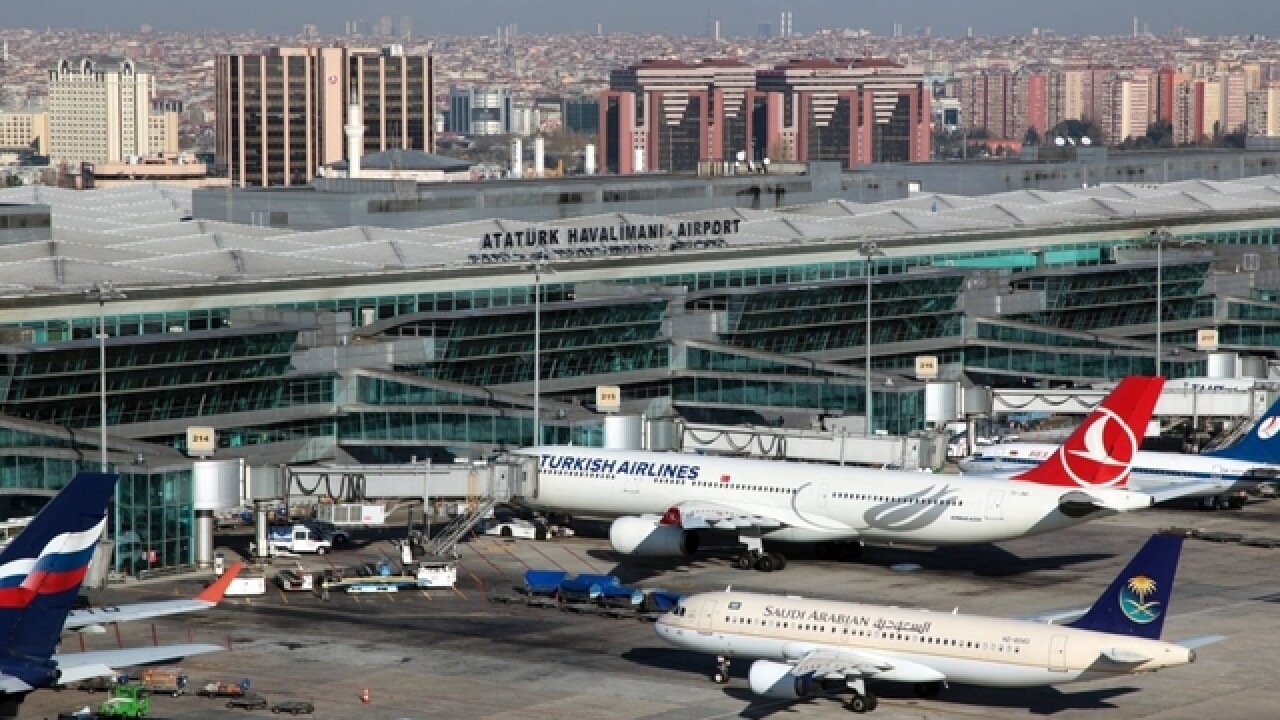 The governorate said 184 airport victims have been discharged from hospitals so far, including 13 people released Saturday. It said 20 people were still in intensive care.

Three militants armed with assault rifles and suicide bombs attacked one of the world's busiest airports on Tuesday night. Although no one has claimed responsibility for the attack, Turkish officials say they believe it was the work of the Islamic State group.

Turkish authorities have detained at least 24 people in raids in several Istanbul neighborhoods over possible connections to the attack. Seventeen other people were detained in the province of Gaziantep, the state-run Anadolu Agency reported.

President Recep Tayyip Erdogan paid an unannounced visit to the airport on Saturday. He said a prayer in front of a memorial set up for the victims, which features the pictures of airport employees who were killed in the rampage.

Prosecutors have established the identity of two of the three airport attackers — giving their names as Rakim Bulgarov and Vadim Osmanov — and were trying to identify the third, Anadolu said. Other media reports have given different versions of Osmanov's name.

Investigators' attentions have reportedly focused on whether a Chechen extremist known to be a top lieutenant in the Islamic State group masterminded the attack.

U.S. Rep. Michael McCaul, chairman of the House Committee on Homeland Security, told CNN that Akhmed Chatayev directed the attack. The CIA and White House declined to comment on McCaul's assertion and officials said the investigation of the bombing is still ongoing. McCaul could not be reached for further comment.

Turkish officials also were not able to confirm Chatayev's possible role in the deadly attack. The Sabah newspaper, which is close to the Turkish government, said police had launched a manhunt for him.

The Islamic State group, which has used the porous border with Turkey to establish itself in neighboring Syria and Iraq, has repeatedly threatened Turkey. In turn, Turkey has blamed IS for several major bombings in the past year in Ankara and Istanbul.