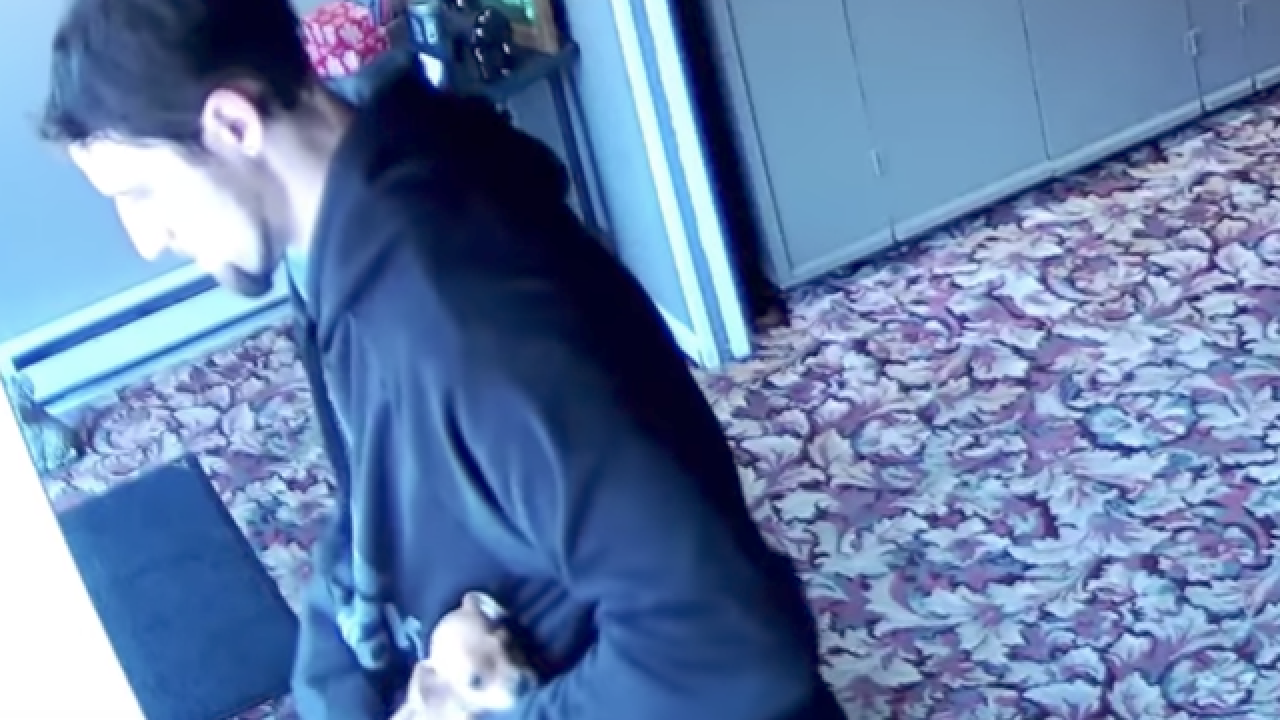 HAMILTON, Ohio — A man pocketed a puppy Saturday while perusing an Ohio pet store, packing the struggling little animal into the single oversized pocket of his hoodie and using his hands to keep it inside as he left.

Propitiously for the pilfered pet and Preferred Puppies, the place from which it was plundered, he did so in full view of a security camera.

Two days after the proprietor posted the recording to YouTube, the puppy’s new parent -- apparently unaware it had been stolen -- contacted the store and returned it. According to Preferred Puppies, it seems healthy but will need a checkup before it can go back on display.

In the meantime, the puppy thief will face a problem he probably should have predicted: The police.

"We filed a report with the police and provided video footage from several different cameras," the business wrote on Youtube. "So, they’ll catch him."