Ahead of summit, Trump blames US -- not Putin -- for sour relationship 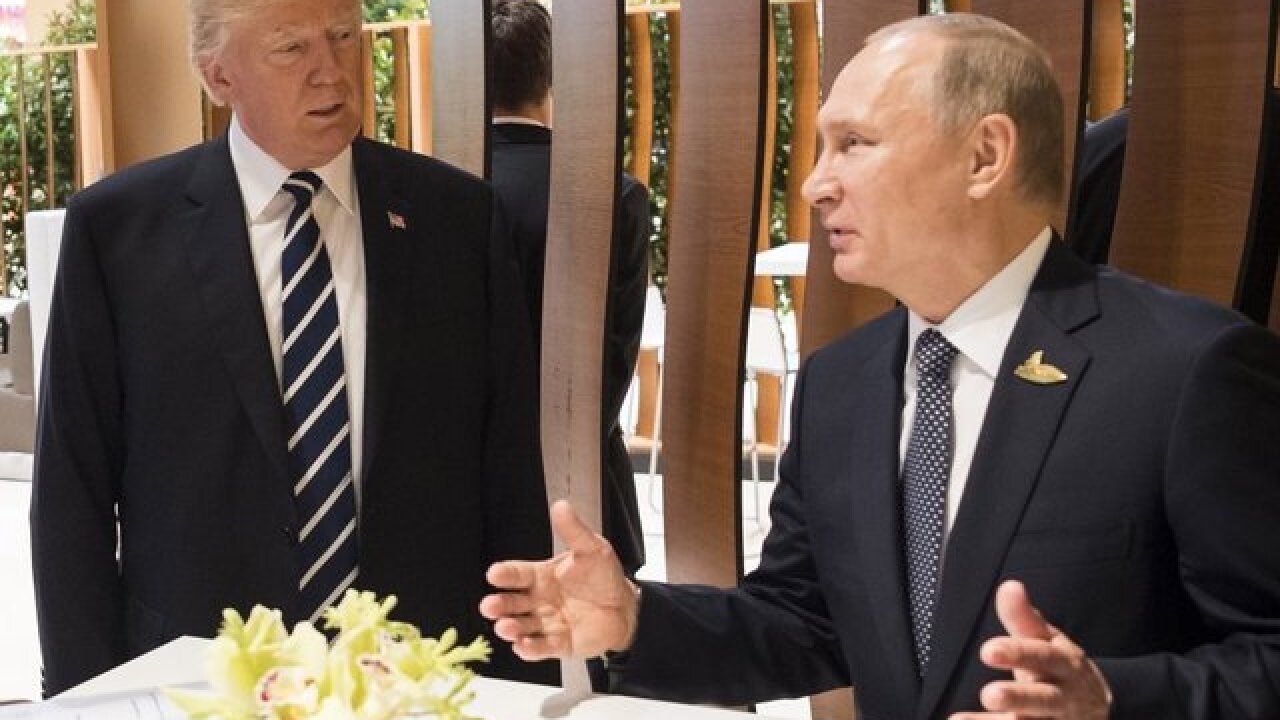 Four hours before his meeting with Russian President Vladimir Putin, US President Donald Trump blamed the United States and the special counsel's investigation stemming from Russian 2016 election interference for the dismal state of relations between the two countries.

Trump is set to sit down Monday with Putin, hoping once again that his personal touch can reverse the steep decline in US-Russia relations in recent years.

But while US officials have stressed the path to improving US-Russia ties runs through a clear-eyed understanding of Russian aggression and the root causes of discord in the relationship, Trump has signaled in the lead-up to the summit he finds previous US administrations and law enforcement -- not Putin -- accountable for the breakdown.

"Our relationship with Russia has NEVER been worse thanks to many years of U.S. foolishness and stupidity and now, the Rigged Witch Hunt!" Trump tweeted.

Just days earlier, Trump pointed to the "pure stupidity" and a "political problem" in the United States for making it "very hard to do something with Russia."

"Anything you do, it's always going to be, 'Oh, Russia, he loves Russia,' " Trump said during a joint news conference with his British counterpart.

Trump's Monday morning tweet and his words and actions in the last week have only amplified concerns about his approach to Russia among US allies and lawmakers of both parties in Washington. During his swing through Brussels and the United Kingdom, Trump has repeatedly criticized US allies, called the European Union a "foe" and criticized the Obama administration rather than Russia in the wake of the Justice Department's indictment of 12 Russian agents who allegedly worked to hack Democrats' emails and computer networks during the 2016 election.

Ahead of his meeting with Putin -- who is alleged to be behind the assassination of journalists and political dissidents -- the US President also lashed out again at the news media on Sunday by branding journalists "the enemy of the people."

Trump again -- as he has repeatedly done -- pointed the finger at his predecessor President Barack Obama and characterized the investigation stemming from Russian election interference as a "witch hunt."

"President Obama thought that Crooked Hillary was going to win the election, so when he was informed by the FBI about Russian Meddling, he said it couldn't happen, was no big deal, & did NOTHING about it," Trump tweeted. "When I won it became a big deal and the Rigged Witch Hunt headed by Strzok!"

Everything from Russian meddling in the 2016 election to the conflicts in Syria and Ukraine are expected to be on the agenda for their summit here in Helsinki, but Trump has signaled he is most eager to jumpstart talks to "substantially reduce" the two countries' nuclear weapons arsenals and generally improve US-Russia relations.

Trump has said he intends to once again ask Putin about Russian efforts to sway the results of the 2016 election, but has signaled he will not press the issue.

Trump has sought to cool expectations in the last days leading up to the summit, saying in an interview Saturday that he planned to arrive in Helsinki "with very low expectations."

"I think that getting along with Russia is a good thing, but it's possible we won't," Trump said.