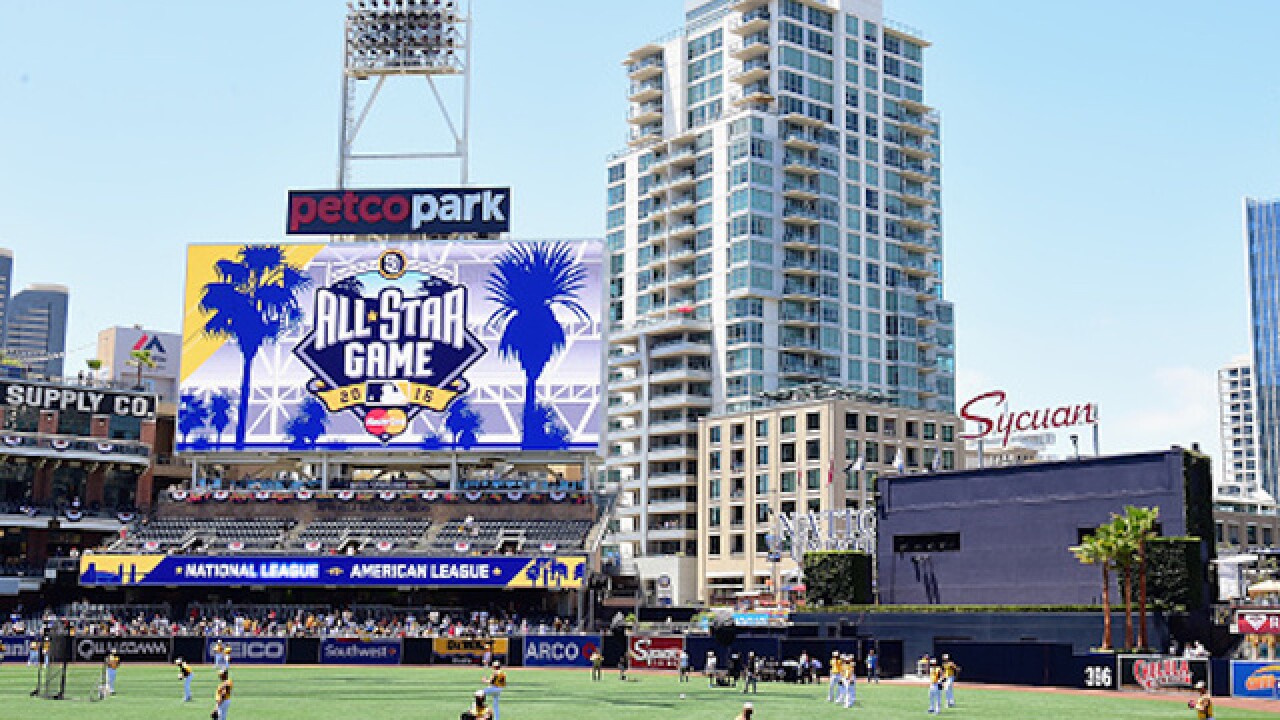 While one member of The Tenors held up a signing proclaiming "All Lives Matter," the group singing Canada's national anthem "Oh Canada" altered the words to the anthem before the start of Tuesday's MLB All-Star Game.

Instead of singing, "With glowing hearts we see thee rise. The True North strong and free," group member Remigio Pereira sang, "We're all brothers and sisters. All lives matter to the brave."

The Tenors issued a statement shortly after the performance, pinning the blame solely on Pereira. The group apologized for Tuesday's performance.

"The other members of the group are shocked and embarrassed by the actions of Remigio Pereira, who changed the lyrics of our treasured anthem and used this coveted platform to serve his own political views," the statement read.

"The actions of one member of this group were extremely selfish and he will not be performing with The Tenors until further notice," the statement concludes.

The Tenors are a group based out of British Columbia, Canada. The Tenors have sold three Platinum albums in Canada.