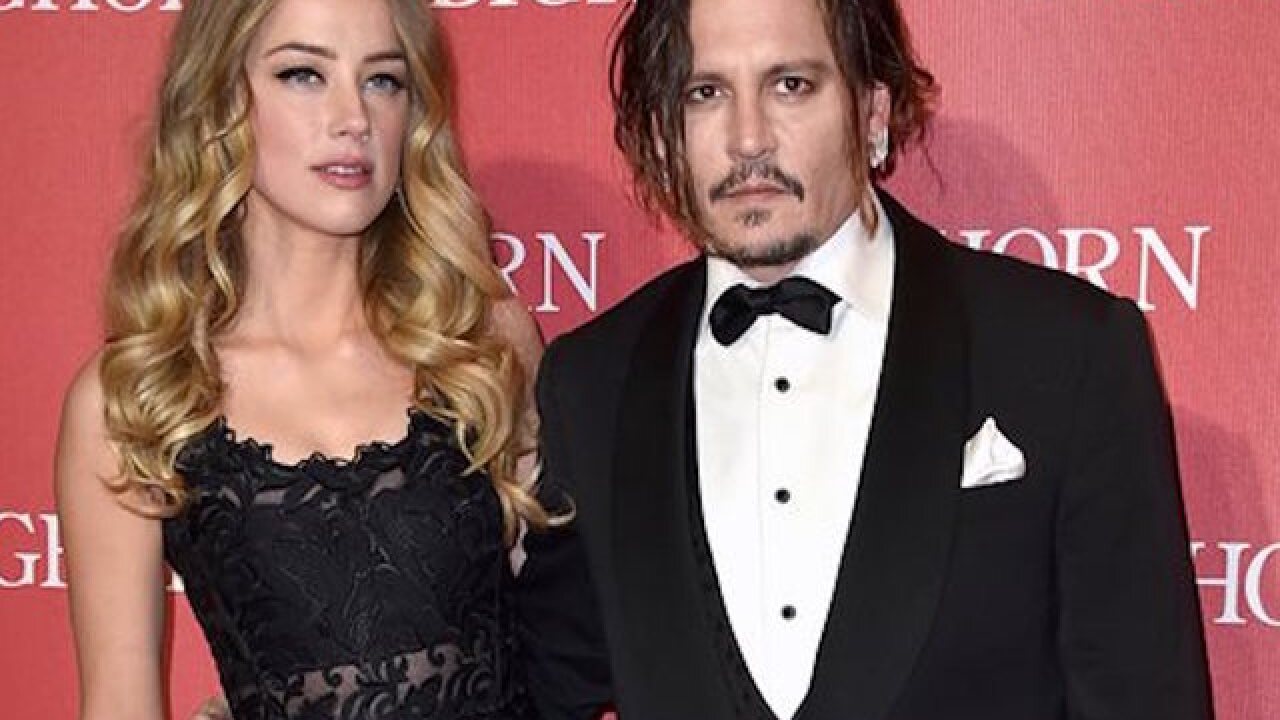 Copyright Associated Press
Jordan Strauss
<p> In this Jan. 2, 2016 file photo, Amber Heard, left, and Johnny Depp arrive at the 27th annual Palm Springs International Film Festival Awards Gala in Palm Springs, Calif. Heard is withdrawing allegations that Depp physically abused her and has settled her divorce case with the Oscar-nominated actor. Heard filed for divorce in May and days later obtained a temporary restraining order accusing the ìPirates of the Caribbeanî star of hitting her during a fight in their Los Angeles apartment in May.  (Photo by Jordan Strauss/Invision/AP, File)</p>

LOS ANGELES (AP) — Johnny Depp and Amber Heard settled their contentious divorce on Tuesday and the actress withdrew her allegations that the actor had been physically abusive toward her one day before a restraining order hearing was scheduled to begin.

"Our relationship was intensely passionate and at times volatile, but always bound by love," a joint statement released by Heard and Depp said. "Neither party has made false accusations for financial gain. There was never any intent of physical or emotional harm"

Heard filed for divorce in May and days later obtained a temporary restraining order accusing the "Pirates of the Caribbean" star of hitting her during a fight in their Los Angeles apartment in May. Depp denied he abused her, and police said they found no evidence of a crime.

Heard accused Depp of repeatedly hitting her and throwing a cellphone during the fight, and a judge ordered Depp to not contact Heard and stay 100 yards away from her.

A multiday hearing on the case had been scheduled to begin Wednesday. Details about the settlement were not immediately available, nor were attorneys handling the case.

Heard said she would donate proceeds from the divorce to charity.

"Amber wishes the best for Johnny in the future," the statement said, without a corresponding message of support from Depp for the actress.

Heard had accused Depp of being physically and emotionally abusive throughout their relationship, which began after they met on the set of the 2011 film "The Rum Diary."

Heard filed to divorce Depp on May 23, and a few days later obtained the temporary restraining order.