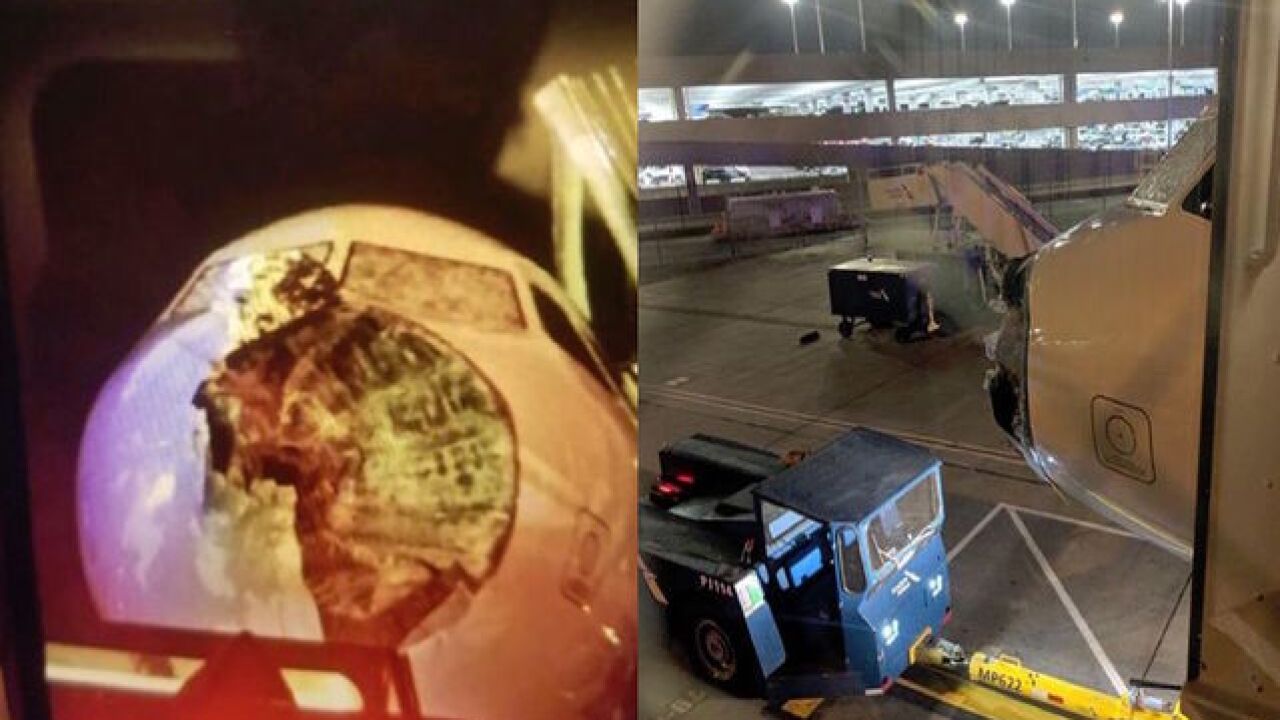 An American Airlines flight bound for Phoenix had to divert to El Paso after damage was sustained in flight.

A person on the plane who did not want to be identified shared photos of the windshield and nose with significant damage.

She said the plane ride was horrifying and several people had anxiety or panic issues aboard the plane.

American Airlines released the following statement: “We commend the great work of our pilots, along with our flight attendants, who safely landed the Airbus A319 at 8:03 p.m. MDT.”

Flight 1897 was assigned to a different aircraft and landed in Phoenix just before midnight on Sunday.