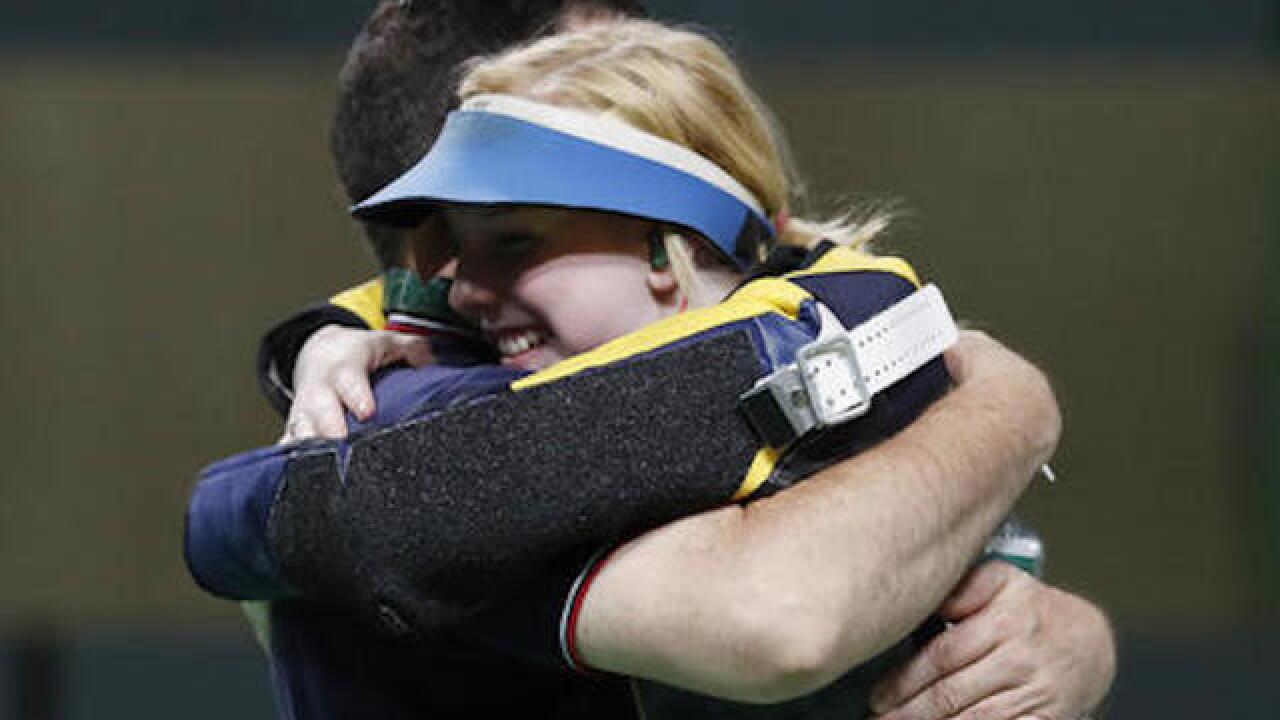 A dozen gold medals were at stake on the first day of competition hours after Brazil's high-energy opening party featured thumping funk, sultry samba and supermodel Gizele Bundchen shimmering to the tune of "The Girl from Ipanema."

Traffic in parts of Rio quickly ground to a standstill as a cycling road race forced the closure of downtown roads. The world's top riders started on Rio's famous Copacanbana beach and headed out for a six-hour race on Rio's roads and steep hills into the mountains.

Thousands of police and soldiers were patrolling the city amid concerns about safety.

Preliminary soccer games have already been played and more were on tap Saturday, along with rugby sevens, gymnastics, judo and swimming. Many of the events took place in the Olympic Park on Barra de Tijuca, a modern suburb to the west of Rio.

Among the highlights on Day 1:

—YOUTH SERVED: Thrasher topped her spectacular spring where she won three NCAA titles and a spot on the U.S. Olympic team by upsetting China's Li Du, a two-time gold medalist, to capture the women's 10-meter air rifle title. The 19-year-old was a figure skater growing up but switched sports after a family hunting trip in which she killed a deer with her first shot.

—HOMEFIELD ADVANTAGE: Brazil upset reigning gold medalist Norway 31-28 in the opening game of the handball tournament. Ana Paula Rodrigues led the way with 12 goals for Brazil, which has never won an Olympic handball medal. As the arena filled up with passionate home fans for the early morning game, five unanswered goals and big saves from goalkeeper Mayssa Raquel Pessoa paved the way for victory.

—WOMEN FIRST: France won the first game of rugby at the Olympics in 92 years — and the first ever for the women — beating Spain 24-7 to kick off the six-day sevens tournament. Rugby sevens, the fast-pace, condensed form of the game, is the format for the sport's return to the Olympic program for the first time since 1924, when the U.S. men won the gold medal in the 15-a-side tournament.

—GOING FOR GOLD: The marquee event Saturday is the men's basketball game between the Americans and China — although some say the real action is more than 6,000 miles away in Las Vegas, where betting on the Olympics is legal for the first time since 1998. Team USA, led by Kevin Durant and Carmelo Anthony, was installed as a 50-point favorite over the Chinese.

—RUSSIANS DOPING: The fallout from the Russian doping scandal caused havoc at the Olympic Aquatics Stadium, where the start list was altered at the last minute to add a Russian swimmer. In the women's 100-meter butterfly, Natalia Lovtcova wasn't listed on the initial list that came out. But she was set to compete in the last of six preliminary heats along with fellow Russian Svetlana Chimrova.