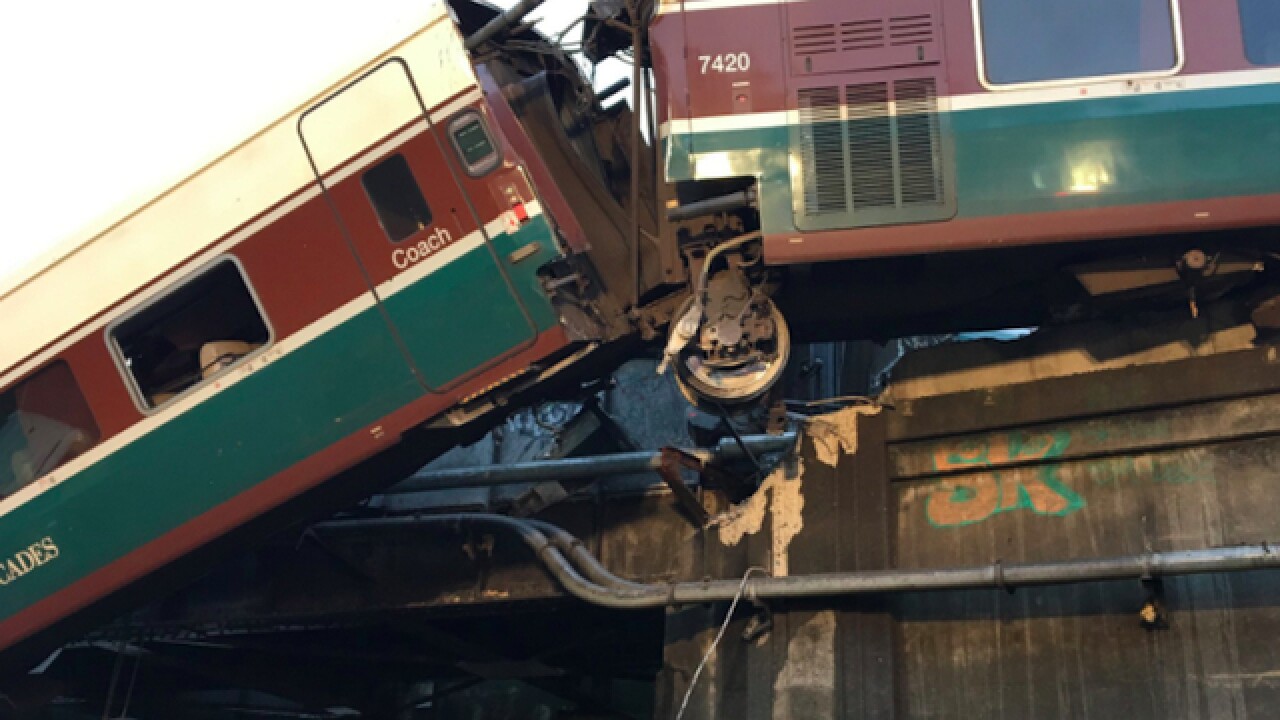 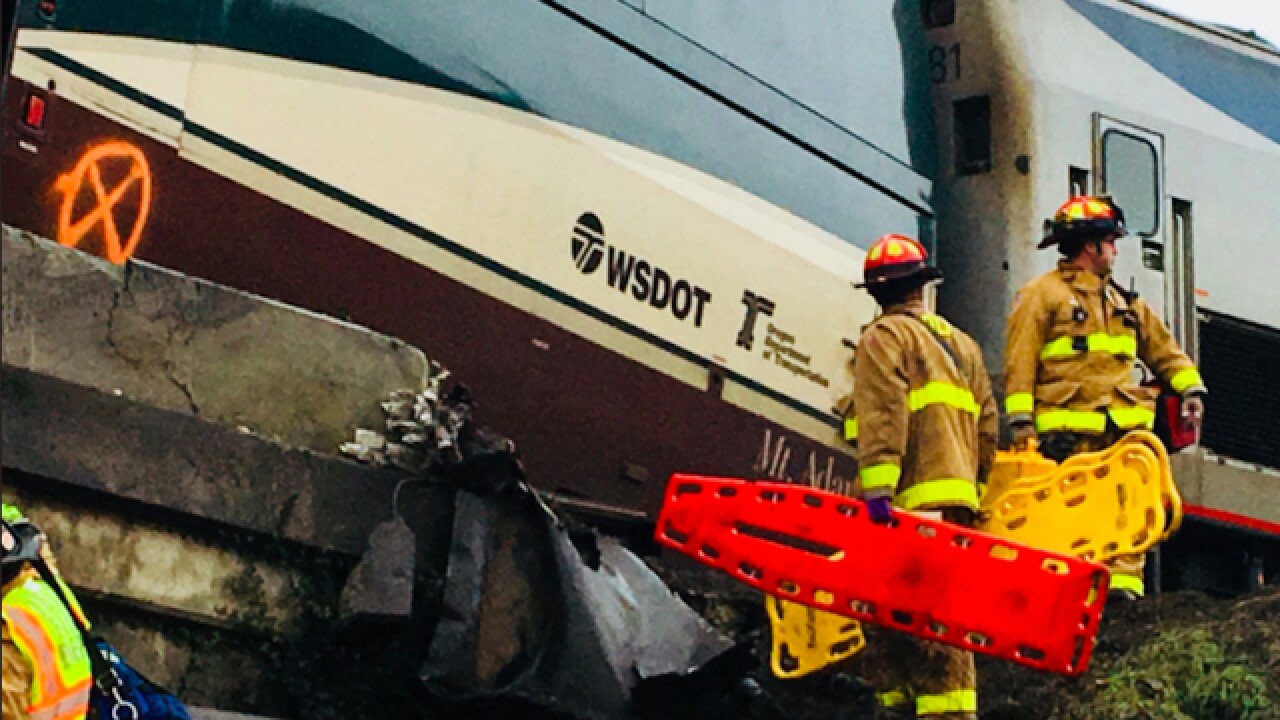 Several motorists in vehicles that were struck by the fallen train cars suffered injuries, but there were no fatalities among people in those vehicles, the sheriff's office said. At least 77 patients are being taken to the hospital.

The deaths "are all contained to the train," said Ed Troyer, the Pierce County Sheriff's Office spokesman. "It's pretty horrific."

According to Amtrak, there were about 78 passengers and five crew members on the train.

He said multiple cars and trucks were struck by the train when at least one car hit the highway, and that some of the injured were able to walk off the train and are receiving treatment.

All southbound lanes of the interstate are closed due to the derailment and the sight stunned motorists heading to work. The incident took place at 7:40 a.m. near DuPont, between Tacoma and Olympia.

"I was traveling to work this morning along I-5 and we came to a sudden stop," Greg Mukai told CNN by phone. "We all tried to stop quickly to avoid running into each other to be honest. Once we all came to a stop I was able to look up and see, unfortunately, this scary thing of... a train hanging off of the overpass. Lots of military personnel and people ran to try to help the best they could."

- About 77 people were transported to hospitals in Pierce and Thurston counties, officials said. Four of them suffered serious injuries, according to Cary Evans, spokesman for CHI Franciscan Health

-- Thirteen cars jumped the track. The train had 14 cars, including two engines, said Brook Bova of the Washington State Patrol

-- Washington state Gov. Jay Inslee declared a state of emergency in the aftermath of the accident

-- Photos from the scene show at least one train car on the road, with another dangling over it

Monday was the first day of the new route for Amtrak 501's Cascades service from Seattle to Portland, according to company's website.

Amtrak said it is aware of the incident involving the 501 train. According to an online schedule, the 501 train is one of Amtrak's Cascades trains, which connects "18 cities along the I-5 corridor including Seattle, Portland, Vancouver, BC, and Eugene, Oregon."

Amtrak service south of Seattle is temporarily suspended. Service from Seattle to points north and east is continuing to operate, Amtrak said. Amtrak Cascades trains 504 and 509 are canceled, the Amtrak spokesperson said.

The National Transportation Safety Board is sending a team from DC to Washington state to investigate the derailment, the agency's official Twitter account confirms.

"NTSB is launching a go-team to investigate the Amtrak passenger train derailment in the State of Washington. Team will depart DC today. Additional information to follow when available," the tweet said.

Washington Gov. Jay Inslee declared a state of emergency for the counties affected by the derailment and asked motorists to avoid traveling on Interstate 5 while the Washington Department of Transportation works on alternate routes.

"Today's tragic incident in Pierce County is a serious and ongoing emergency. Trudi and I are holding in our hearts everyone on board, and are praying for the many injured. They are our top priority, and I know first responders are doing everything to ensure everyone has the care they need."

JUST IN: "NTSB is launching a go-team to investigate the Amtrak passenger train derailment in the State of Washington,” agency says. https://t.co/4rDhIRnLur pic.twitter.com/AaMdmeQKsM

Inslee tweeted, "Thank you to the first responders on the scene. We're praying for everyone on board the train, and ask everyone to hold them in your thoughts."

The Washington State Patrol said it expects a section of Interstate 5 to be closed for the entire day. The interstate is considered the primary north-south route between Mexico and Canada on the West Coast.

The train accident that just occurred in DuPont, WA shows more than ever why our soon to be submitted infrastructure plan must be approved quickly. Seven trillion dollars spent in the Middle East while our roads, bridges, tunnels, railways (and more) crumble! Not for long!