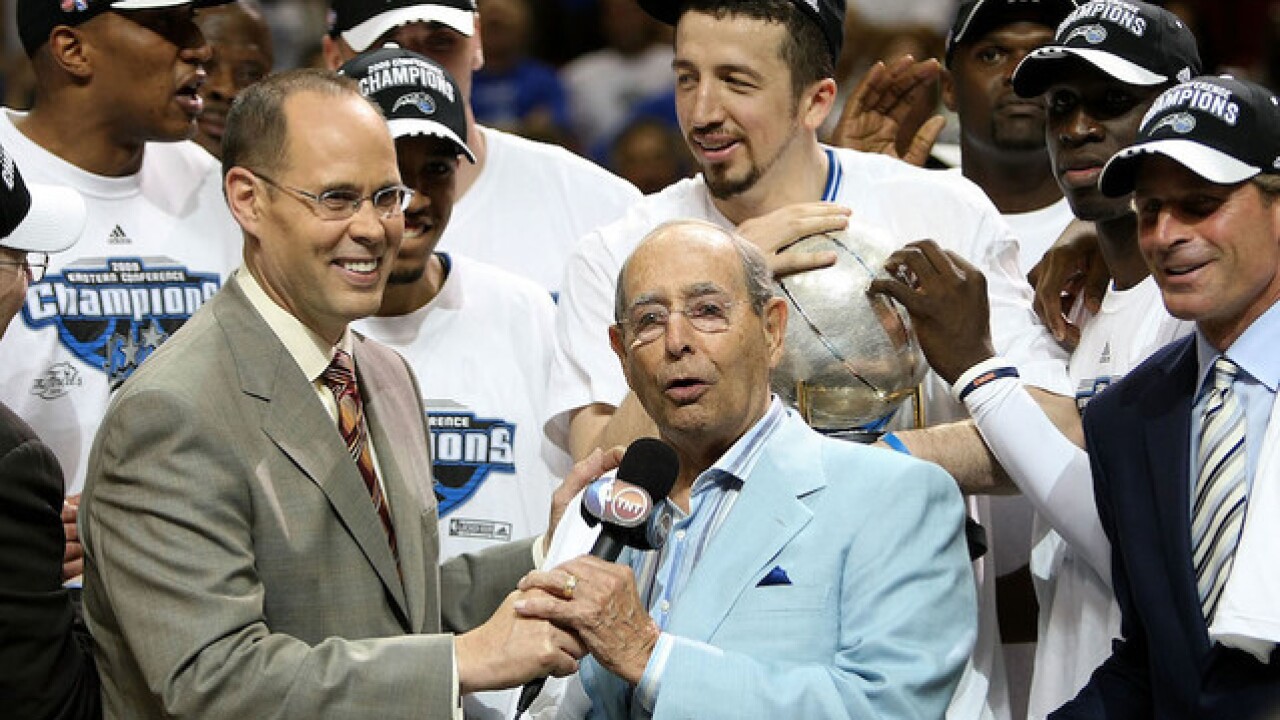 Copyright Getty Images
Elsa
<p>Orlando Magic owner Richard DeVos speaks on the court after defeating the Cleveland Cavaliers of the Orlando Magic in Game Six of the Eastern Conference Finals during the 2009 Playoffs at Amway Arena on May 30, 2009 in Orlando, Florida. </p>

His death, at age 92, was announced by his grandson Rick. The cause was complications from an infection.

DeVos was the father of Doug DeVos, president of Amway since 2002. He was also the father-in-law of Betsy DeVos, the US education secretary.

DeVos founded Amway in 1959 with friend Jay Van Andel. The company became the leader in so-called multi-level marketing, in which a network of independent salespeople buy products and sell them directly to people in their communities. The company reported sales of $8.6 billion last year.

In addition to founding Amway, DeVos was a philanthropist and owner of the Orlando Magic NBA team, which he bought in 1991. The team plays in an arena bearing the Amway name.