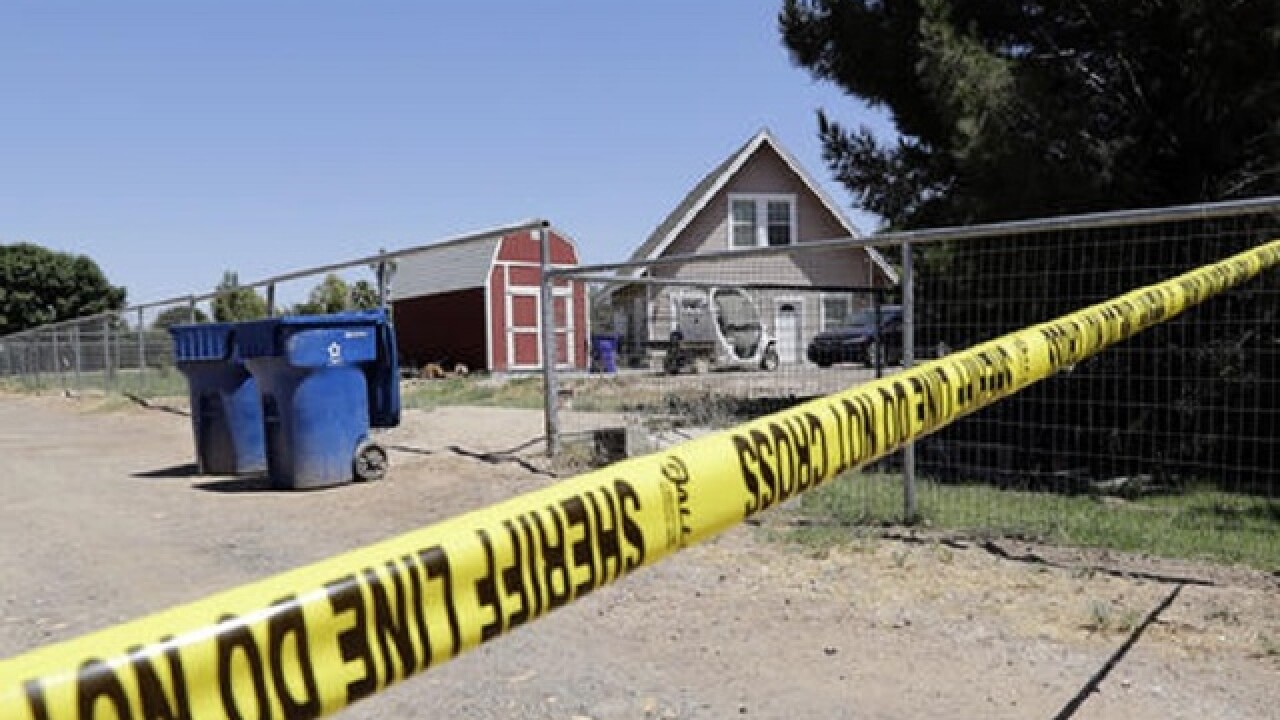 Matt York
<p>Crime scene tape blocks the entrance to a home where multiple bodies were found, Tuesday, July 26, 2016, in Gilbert, Ariz. Sheriff's officials say multiple dead bodies have been found inside a home in an unincorporated area of Gilbert, east of Phoenix. There's no immediate word Tuesday on how many bodies or their ages or genders. (AP Photo/Matt York)</p>

By: Associated Press
Posted at 7:51 PM, Jul 26, 2016
PHOENIX (AP) — Authorities found the bodies of a mother and her two children inside a home in suburban Phoenix in what could be a case of murder-suicide, authorities said Tuesday.
Deputies were awaiting autopsy results before making a final determination on the deaths, Maricopa County Sheriff Joe Arpaio said at a news conference.
Deputies found a handgun near the woman's body, according to Arpaio.
"We're leaving a little part open just in case someone else could have caused these three deaths," the sheriff said.
Arpaio said a neighbor reported seeing a car backed up to a home Monday night in an unincorporated area of Gilbert, east of Phoenix. A hose attached its exhaust pipe went into a window of the two-story, A-framed home, he said.
Arriving detectives found the two children upstairs and the mother's body in another undisclosed area.
The sheriff identified the woman as Lisa Gerhart, saying she was 45 or 46. Her son was 17, and her daughter was 12. Arpaio did not name the children.
Arpaio said it'll be up to the county medical examiner's office to determine if the children died from gunshot wounds or carbon monoxide from the car fumes.
Authorities have contacted the children's father and investigators were interviewing neighbors and checking records to see if the couple had any history of domestic violence.
Homes in the unincorporated area near Gilbert are surrounded by agricultural land.
Copyright 2016 The Associated Press. All rights reserved. This material may not be published, broadcast, rewritten or redistributed.